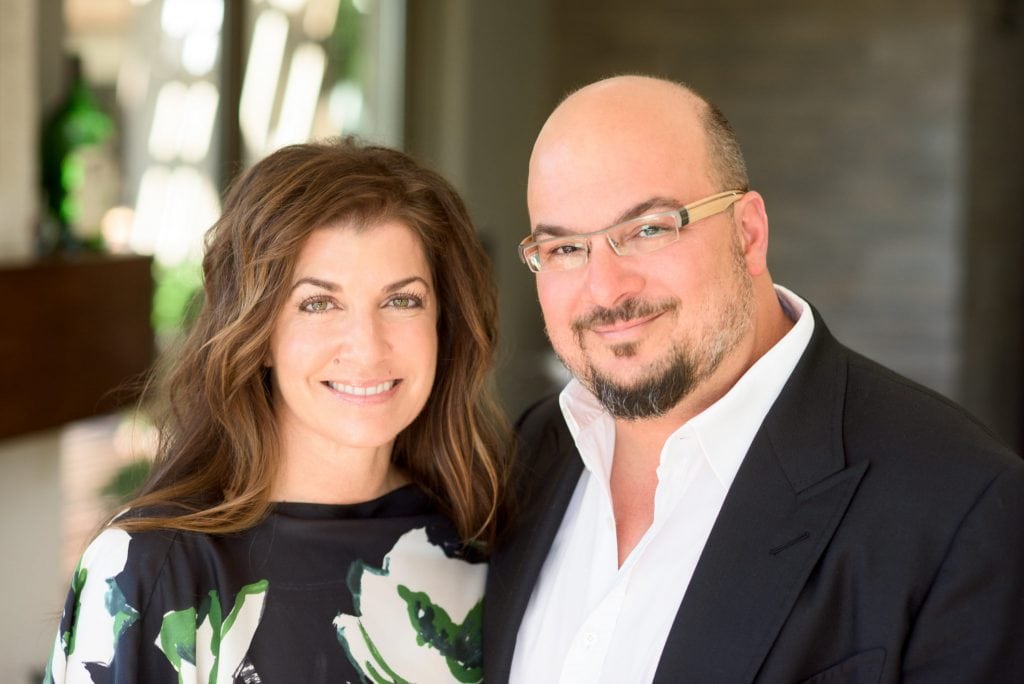 With everything our kids have to face these days, from the threat of school shootings and cyberbullying to coping with divorce and body dysmorphia, there are not a lot of places for them to go to be heard and understood on their terms. Anthony Zuiker is hoping to change that with the creation of a new publishing imprint, Zuiker Press.

Zuiker is the creator and former executive producer of “CSI: Crime Scene Investigation,” the long-running, multiple-franchise series on CBS. In this next stage of his career, Zuiker’s wife, Michelle Territo, a longtime educator, influenced him to take his storytelling in a new direction — one focused on helping kids heal and understand themselves and others. Zuiker says he believed they could help kids, but what he “didn’t count on was how Michelle and I would grow as people.”

What sets Zuiker Press apart from other YA imprints is that every book is a real story told from the perspective of the child to whom the issue happened. In November, the imprint is releasing its first two graphic novels, “Mend: A Story of Divorce,” by Sophia Recca, and “Click: A Story of Cyberbullying,” by Alexandra Philips.

Zuiker says that the philosophy behind the books is for “every kid to be an ambassador for their issue” and for “kids to find healing in other kids.” He meets with every child personally and has them tell their story. He then crafts those stories for the page. With the help of the design team, each book takes about 18 months to create.

What is striking about Zuiker Press books is how visceral they are. The graphic novel lends itself to an emotional realism that is easy to access. As an adult, you are able to put aside your preconceived notions of “young people” and understand the pain the kids are in. Their perseverance and grit shine through, which makes it impossible to dismiss them. 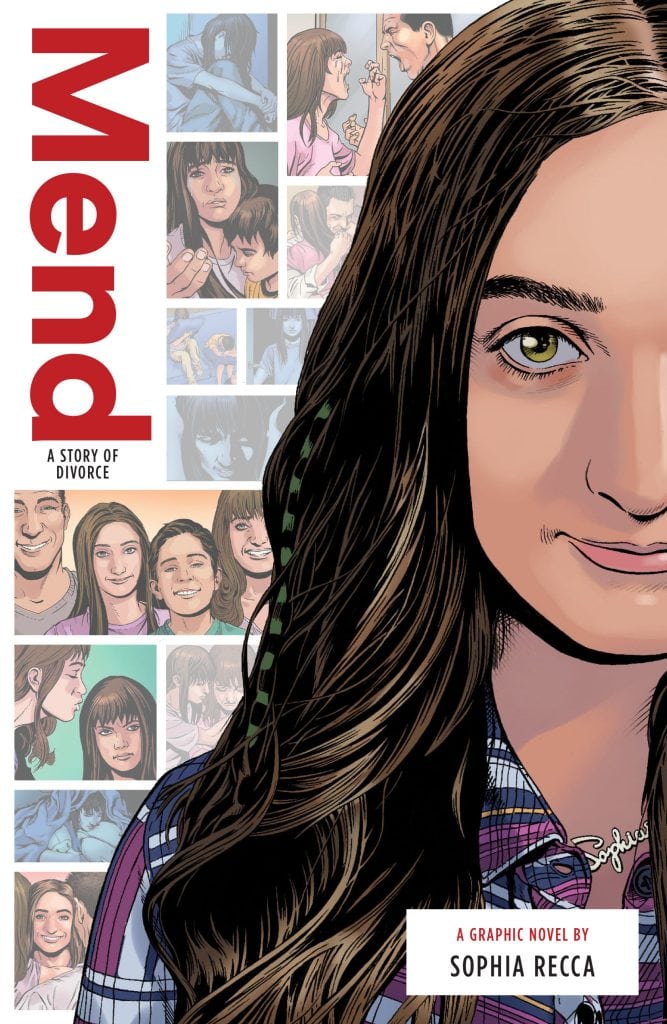 Too often, adults belittle the feelings of children and deem them immature or unimportant, thereby making it difficult for children to express the real trauma of their experiences. This series of books forces parents to look at their choices through the eyes of their children. In “Mend,” I empathized with Sophia as I witnessed the mistakes the adults in her life were making.

It is refreshing to see a book for teenagers that doesn’t talk down to them or position the adults as all-knowing. In fact, “Mend” showcases Sophia’s strength and intelligence, and highlights ways in which she “parents” her parents.

Zuiker first dabbled in graphic novels to help one of his sons, who has autism, “tell everyone what is right with him.” What resulted was a graphic novel called “A is for Autism,” based on his son’s story. The book was never published, but that didn’t stop it from reaching others. And the experience of having an honest, emotional conversation with his son inspired Zuiker to tell other autobiographical stories with the same level of realism and perspective. As a result, we have some incredible teaching tools for parents and educators that reflect the realities of teenage life in America.

“Click: A Story of Cyberbullying” illustrates the trauma resulting from author Philips’ terrible online bullying at the hands of girls at school. “When Anthony and Michelle approached me with the idea of co-authoring a book about the cyberbullying that I had experienced, I knew it was an important opportunity that I could not pass up to share my experiences and help others through an incredibly difficult situation,” Philips says.

Philips’ story also features a badly behaved adult who not only encourages her daughter to bully, but participates in it as well. The story does not gloss over the ugly tendencies many of us have when hiding behind a screen. 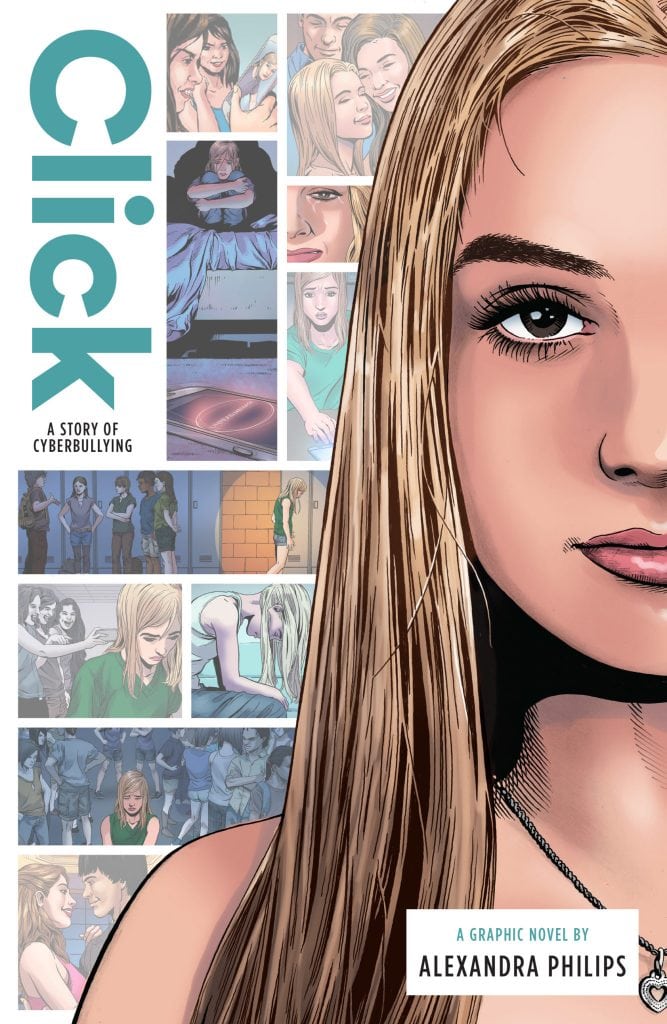 The Zuiker Press books include sections with photos of the authors and updates about their lives. Additionally, each book has a section for educators and parents called “Take 5,” where professionals offer information and advice about the books’ topic.

The books forthcoming from Zuiker Press in 2019 include “Imperfect: A Story of Body Image” and “Colorblind: A Story of Racism.” Perhaps most daring are the stories from Lauren Hogg, a survivor of the Marjorie Stoneman Douglas shooting in Parkland, Fla., and Hailee Lamberth’s posthumous story of the bullying that led to her suicide at 14. For this book, Zuiker worked with Lamberth’s parents to write her story.

If you are looking for some tools to help your kids deal with difficult topics and emotions, Zuiker Press might just be the creative and realistic space your kids need. Visit their website at zuikerpress.com.