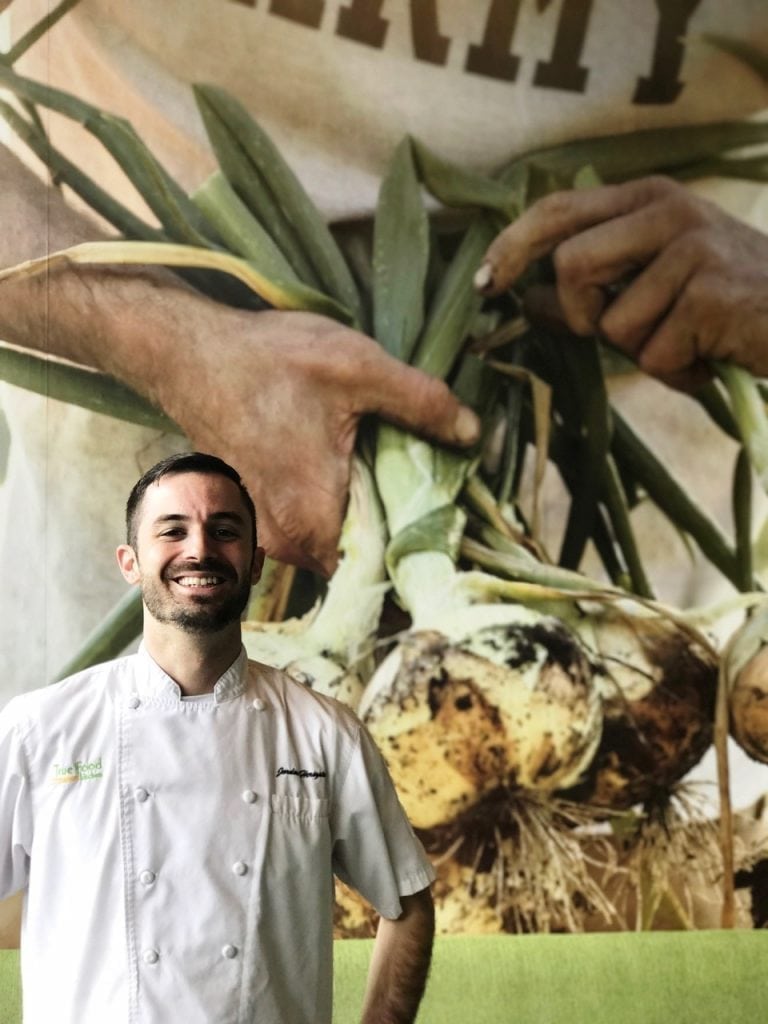 True Food Kitchen offers healthy, tasty cuisine at locations across the U.S., including five in Southern California. It’s not exclusively vegetarian, but it is a great place to show the kids how fun veggies can be.

True Food Kitchen El Segundo‘s Executive Chef Jordan Herigstad recommends the restaurant’s Kale Guacamole as a fun dish for families to make together at home. Herigstad grew up with four brothers and took an early interest in cooking. “I remember when I realized this is what I want to do,” he says. “I was 8 years old. I was in my mom’s kitchen.” Growing up, he spent lots of time in the kitchen, watching and helping his mom cook and enjoying big meals with family and friends. “It was a way to bring people that we cared about and loved together,” Herigstad says.

In this guacamole, blanching helps break down the kale a bit, making the texture more pleasant. And the citrus adds some brightness and sweetness. Herigstad promises the poblanos are mild because they are roasted, seeded and peeled. “The flavor is what you’re really left with, not the spice,” he says. Don’t over-char them or you’ll soften the flesh and make them harder to peel.

Preparing the citrus requires some technique. Don’t just peel and pull the oranges and grapefruit apart. Cut off the peel with a knife, then carefully slice between the segments so that you have only slices of pulp with no bitter white pith attached. Search “segment an orange” online for videos that demonstrate how to do this.

At True Food Kitchen, this guacamole is served with house-made pita chips, but Herigstad says you can find good store-bought options at Whole Foods and Trader Joe’s. You can also serve it with Persian cucumber, organic carrots or any vegetable sturdy enough to scoop it up. To find the True Food Kitchen nearest you, visit their website at www.truefoodkitchen.com. 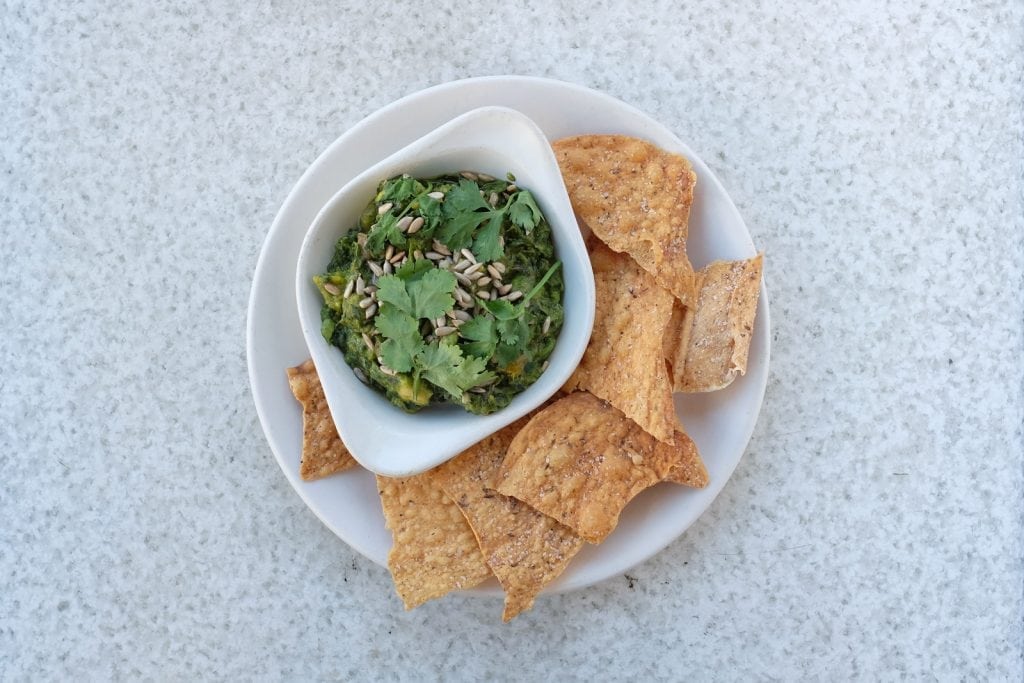 Remove the stems from the kale and blanch the leaves in boiling, lightly salted water until tender (about 45 seconds). Shock the kale in ice water until chilled, squeeze dry, finely mince and set aside.

Hold the poblano pepper with tongs and slowly rotate over a gas flame until charred on all sides. Peel the skin, remove the seeds, finely mince and set aside.

Peel the avocados and lightly smash in a large bowl. Mix in the blanched kale, poblano, cilantro, onions, citrus and salt until well incorporated.