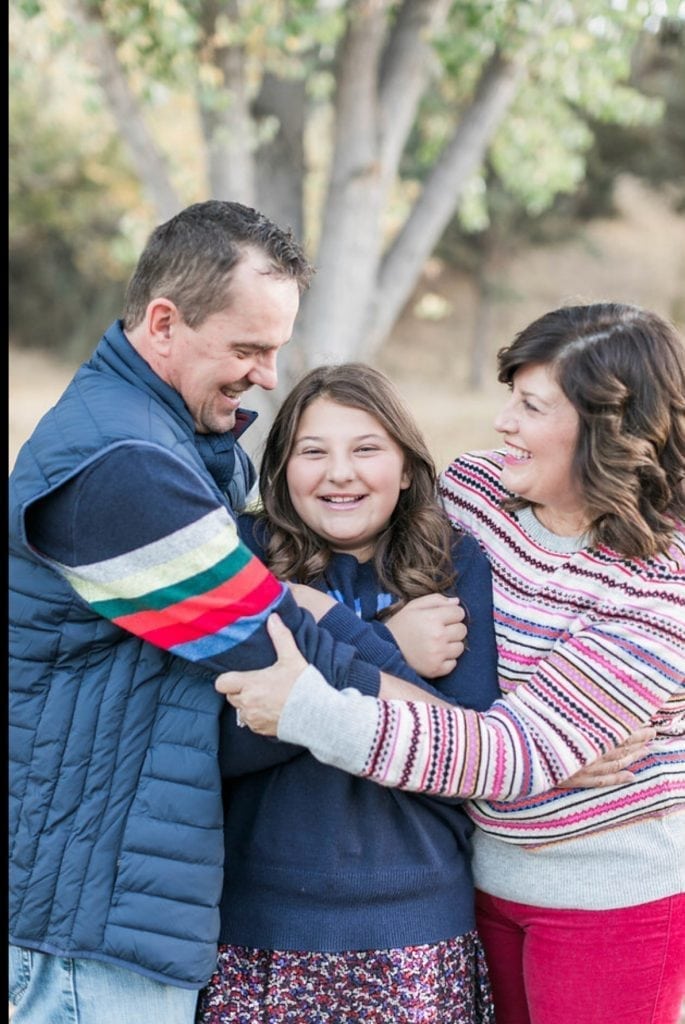 “This is Us” star Mackenzie Hancsicsak says she’s “super close” to her real-life mom, Melinda, and dad, Todd. PHOTO BY LAURA MOLL PHOTOGRAPHY

On a recent morning, sandwiched between a hair appointment, a Golden Globes gifting suite and a wardrobe fitting at Paramount Studios is Mackenzie Hancsicsak’s interview with me at the L.A. Parent office in Woodland Hills.

The 10-year-old has grown used to the schedule that her role as young Kate Pearson on the Screen Actors Guild Award-winning NBC series “This is Us” demands – and to navigating a range of emotional issues her character faces. The issues that young Kate struggles with – weight and body image, self-doubt, a tense relationship with her mother – dominate the life of grown-up Kate (played by Chrissy Metz). And the show’s adult themes (marital strains, race issues, loss and grief, sibling rivalry), while not the stuff of children’s programming, resonate with viewers everywhere.

When Hancsicsak walks into the L.A. Parent office with her mother, she’s chipper and fidgety, and fingers a piece of putty as she talks. Her parents strive to make their daughter’s life as “normal” as possible by keeping her in her public school and taking family vacations when she’s not on set. When it is time to get to work, Hancsicsak, who is the only child at home in her real life, loves reconnecting with her show brothers Parker Bates, who plays young Kevin, and Lonnie Chavis, who plays young Randall.

What was it like getting the part for “This is Us”?

I was playing Dorothy in a “Wizard of Oz” play when I got [the “This is Us”] audition from my agent. My mom didn’t know what the show was, but she liked [Executive Producer] Ken Olin, so she was excited.

It’s fun working with Milo [Ventimiglia, who plays Kate’s father, Jack] and Mandy [Moore, who plays her mother, Rebecca] and Parker and Lonnie. It kind of feels like I get another family. The first day I was [on set], Parker was playing with Legos. Well, I like Legos, too.

How do you prepare for your scenes?

Some of the topics and scenes are really emotional – how do you deal with this?

It’s a job. But some of the episodes do make me sad, and I can’t watch. My favorite scene and worst scene is at the swimming pool. It’s my favorite because we’re at the pool! I don’t like it because Kate’s friends are mean girls in the scene, but they’re nice in real life.

Are you and young Kate anything alike?

Nothing in Kate is like me. Well, we have some things in common, I guess. She’s nice; I’m nice. She likes to sing; I like to sing.

What are you most looking forward to finding out about during the rest of Season 2?

I want to see what Kate actually does with her singing.

What is your advice to kids struggling with body image and body shaming?

I would tell them that it doesn’t matter what people say, but it matters what you feel inside. I have a nice heart inside. That’s what matters.

How do you balance real life and your acting career?

I don’t have friends because [I’m on] the show. My friends are my friends just because they want to be my friends. I’m in the Girl Scouts. And I love my two dogs – Bear and Finn. I also like to make slime.

What are your future plans?

I want to be a veterinarian, [clothing] designer, actress, artist and Broadway singer. And I want to be on a show where I can have blue hair. I love the color blue. I also want to do [voice acting] for animation.

“This is Us” airs at 9 p.m. Tuesday nights on NBC. Hulu also features new episodes the day following the original airdate.