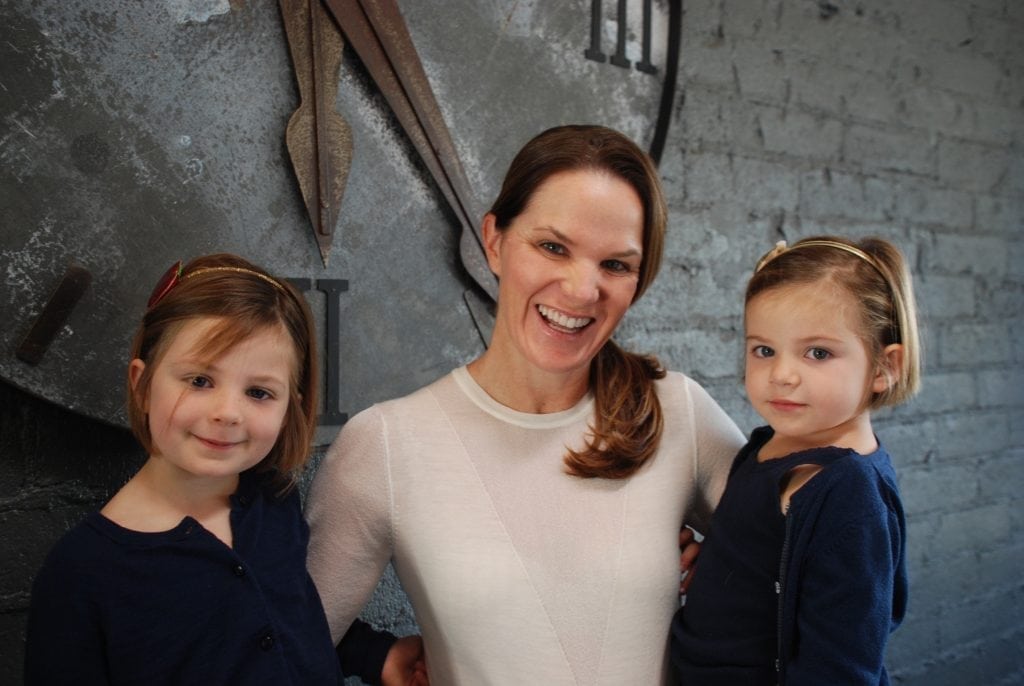 When you hear the word “succotash,” maybe Sylvester the cartoon cat and his catchphrase (“Sufferin’ succotash!”) come to mind. Or maybe you think of a hot dish with mushy corn and lima beans sautéed together. Chef Maire Byrne had neither of these in mind when she created her recipe for Summer Succotash.

The founder of Santa Monica’s Thyme Café and Market, Byrne, a third-generation Santa Monica native and regular at that city’s famed farmers market, wouldn’t dream of serving veggies that are mushy – or canned, as they appear in so many succotash recipes. Her version of the dish is a cold, crunchy summer salad. “It’s fresh, crisp,” she says. “I love the tarragon in it.”

Byrne started making this salad as a private chef and caterer, and brought it with her to the restaurant. She calls it the perfect summer side dish and says it is great for picnics alongside grilled meats or fish. “It really goes with anything. And it’s so beautiful and colorful, I don’t think you need a ton of other sides,” says Byrne.

This succotash is also a great excuse for a trip to the farmers market. “I just feel like beans from a farmers market are so fresh, it’s different,” Byrne says. “If you can get beautiful summer cherry tomatoes, it’s just going to add that much more flavor to the dish.”

Full disclosure: Only one of Byrne’s two daughters, who are 5 and 6, eats succotash. The other just isn’t a veggie eater – yet.

One definite perk of this succotash is that most of it can be made ahead. The dressing – which you can make with a blender, whisk or by shaking the ingredients up in a jar – will keep up to two weeks, chilled. Byrne says her girls love to turn on the blender.

You can buy your edamame already shelled. You can also blanch the vegetables up to three days ahead if you keep everything separate. Boil some water that’s salty like the ocean and drop in your beans for three minutes, then drain and dump into a bowl of ice water to keep them from overcooking. “They shouldn’t taste raw. They should taste cooked, but they shouldn’t taste mushy,” says Byrne. She likes to cut the beans into 1-inch pieces so they fit nicely on a fork.

Blanch the corn the same way, but for about one minute. Stand each cob up in a bowl lined with an old dish towel so you can cut the kernels off the cob and gather them easily.

When you are ready to eat, you just have to chop the herbs and toss everything with the dressing. You’ll have a beautiful, no-fuss dish that’s just right for the season. “I always look for color in summer time,” Byrne says. “The more color, the better.” It might even be colorful enough to attract a picky eater. 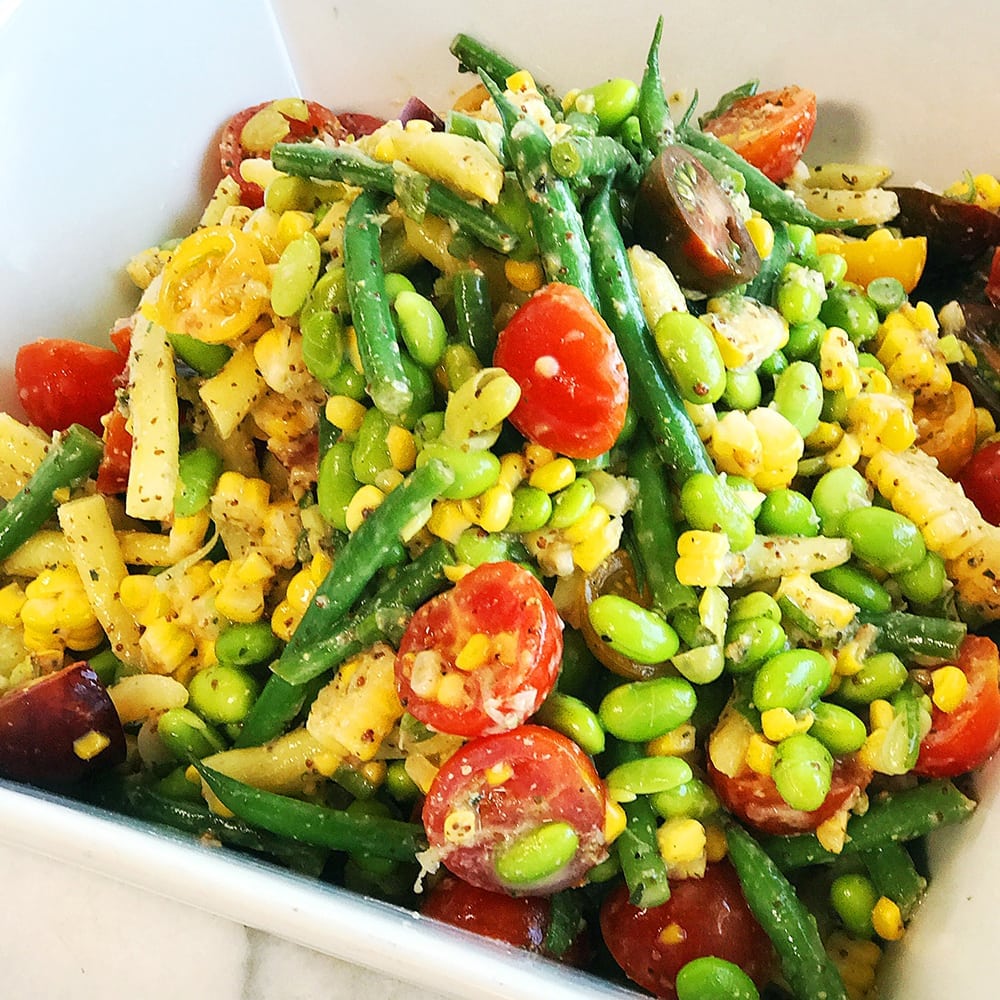 Salt and pepper, to taste

For the dressing: Combine the first seven ingredients in a blender and blend until smooth.

For the salad: Blanch the green beans, yellow wax beans and corn, then cool in ice baths. Drain and set aside.

Remove the corn kernels from the cobs. Combine the beans, corn, edamame and scallions.

To assemble: Toss the desired amount of bean-corn-edamame mixture with halved cherry tomatoes and dressing to taste.