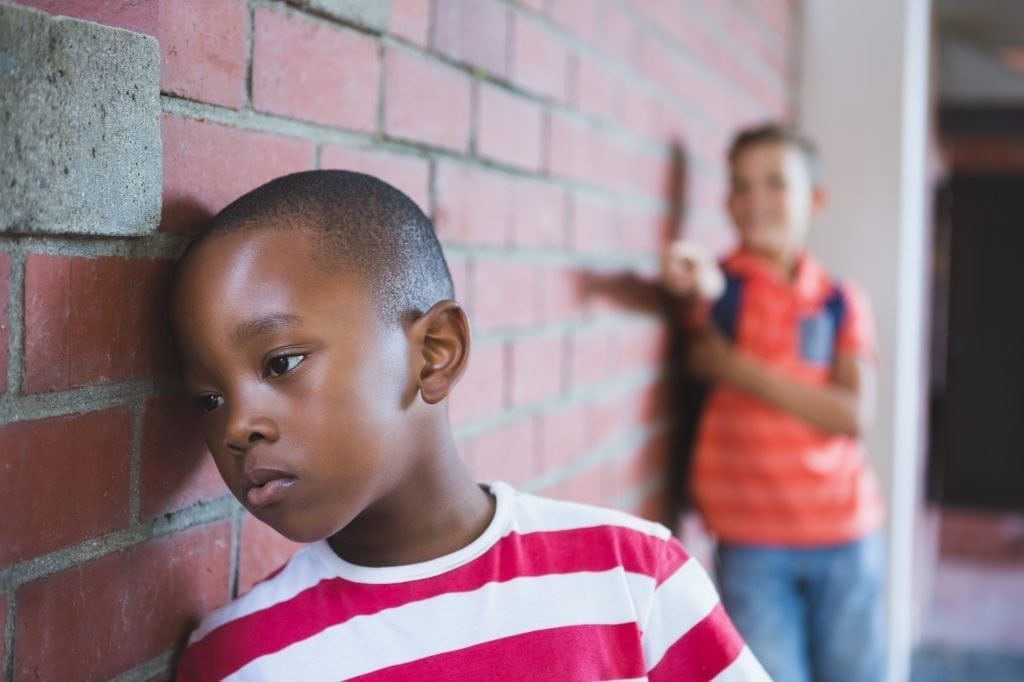 One of the worst things a parent can ever witness is their child being hurt physically and emotionally. Bullying covers both in spades.

Unlike schoolyard taunts, childish teasing and miscommunication, bullying causes hurt at a whole new level. It involves an imbalance of power where one person intentionally and repeatedly causes physical or psychological harm to another. This can take the form of pushing, hitting, destroying one’s possessions, excluding one from a group, making threats or name calling. Bullying can happen in person and online, with words or actions, and can cause lifelong damage to its targets.

Experts say 20 to 30 percent of school-age children will deal with bullying, which can begin as early as preschool. And there are impacts for victims and perpetrators alike. “The victim gets an experience of isolation and powerlessness, which can lead to depression and anxiety,” says Studio City-based marriage and family therapist Debi Shakti. These emotional disturbances can reduce overall health, keep a child from living a normal daily life and even sometimes result in suicide. But bullies also suffer from their actions. “The bully may continue to bully throughout life, even becoming a perpetrator of domestic violence or child abuse,” Shakti says.

Ellen Stohl is a professor in the educational psychology and counseling department at CSUN and uses a wheelchair. This has given her a bird’s-eye view into the negative impact of being treated differently, and she has spent years studying the impact of poor self-esteem (one consequence of bullying) on children. “Even after the child is no longer bullied, their identity filter may continue to interpret future interactions through a bullied lens,” Stohl says.

This means that a harmless comment such as, “The recycling goes in that bin,” might be heard by the child as, “You idiot! Don’t you know where the recycling goes?” Stohl says the fear and low self-esteem produced by bullying can result in lower grades, isolation, physical health issues, social awkwardness and mental health problems that lasts well into adulthood.

For the past 14 years, Champions Against Bullying, an international organization (with a U.S. location in West Hollywood) has been saving lives by working with parents, educators and kids from preschool to high school to help them manage and solve the violence they endure. Founder Alexandra Penn warns parents to look for the following signs of bullying:

Anti-bullying advocates have noticed other signs as well. “We’re seeing an increase in self-harm. This can include cutting or pulling hair. Also, more and more kids are joining gangs,” says Champions Against Bullying Director Leigh Rachel Faith-Fujimoto.

It can be hard sometimes to distinguish between signs of bullying and run-of-the-mill teen moodiness. Spending time with your child can help, says Shakti. “Listen to them. Help them identify and express their feelings,” she says. This puts you in closer touch with your child and helps create a safe space where they can confide anything troubling them.

While bullying can’t always be prevented, there are a few things you can do to dramatically decrease your child’s risk. Start by engaging in regular activities with your kids. Try hiking, walking or playing outside. Even playing board games or watching television together can offer a chance to bond.

You can also speak candidly and openly with your child – every day – to build a safe space that boosts their self-esteem and confidence. (Bullies don’t like that!) “It’s crucial for parents to get educated and listen between the lines,” says Penn. “In doing so, we show children that what they say and think matters.”

Teachable moments can also be found in the media. “I show my kids examples of news stories about situations involving teens and we talk about their experiences and what they think about the stories,” says Jenni Porter, a mom of four who teaches at Chaminade College Preparatory School in West Hills. Porter also says involving your child in youth groups, Scouts and sports teams gives them a chance to make friends with kids who have similar interests.

Cyberbullying is like traditional bullying on steroids. “The internet and cell phones bring bullying to a whole new level of intensity,” says Amber Lappin, who teaches in the child development and education department at Mt. San Jacinto College in Riverside and is the mom of three. “Today, with many children having access to the internet and texting around the clock, bullies can torture their target 24 hours a day. Rumors, photos and attacks can spread to a much wider audience, much more quickly and with increasing cruelty.”

Porter raised her children with clear guidelines. “Preventing cyberbullying can be tricky,” she says, “but I monitor sites my kids are on and have them monitor each other. For example, my 15-year-old daughter must have her older brothers on her ‘private’ Instagram site or she’s not allowed to use it.” You can also keep your kids safer by using the security controls on computers at home, keeping computers in a central location and curbing their use at night.

If you discover that your child has been the victim of a cyberbully, Champions Against Bullying recommends these key steps: 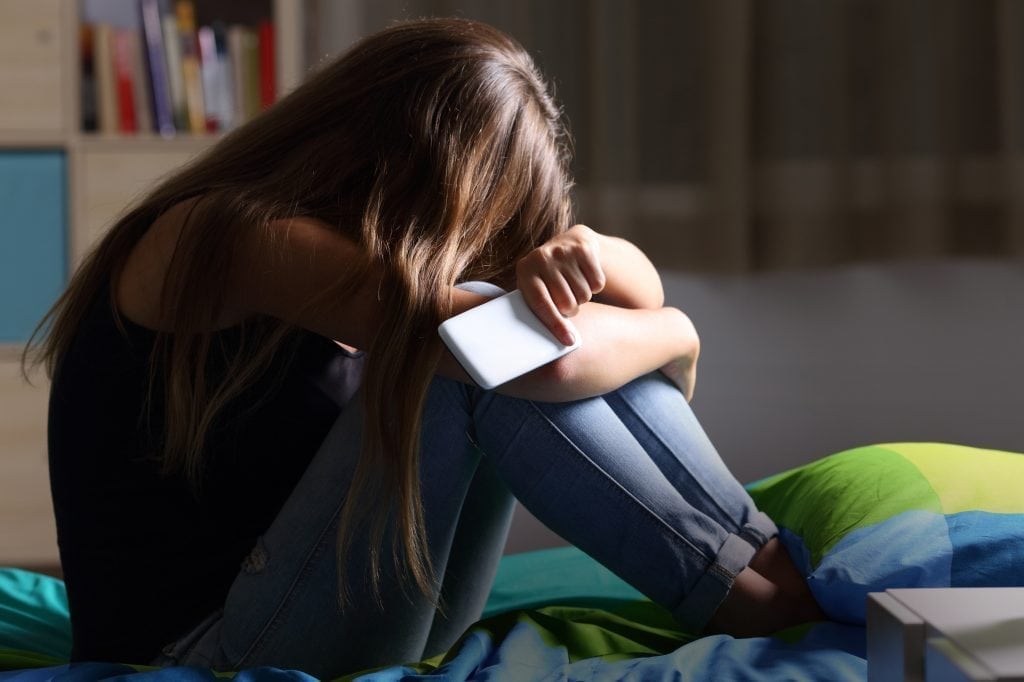 What Schools Can Do

Through her organization, Speak Out Against Bullying Inc., Monica Harmon speaks to students and teachers and hosts assemblies to raise awareness about the harmful effects of bullying. She sometimes enlists law enforcement officers to speak about the serious effects bullying can have on students. “This is particularly helpful with cyber bullying,” Harmon says. “Seeing police officers deliver the message says loud and clear, ‘Look, we care about you kids. We don’t want anything to happen to you. What you’re doing is crossing the line and we need to explain it to you.’”

Tracy Brunelle Wagner, who teaches at a large private school in L.A. County, says schools can also combat bullying by assigning kids – once or twice a month – to sit with kids they might otherwise not get to know. “I also think schools should give extra credit points for students to be spectators at events they might not otherwise attend,” Wagner says. Such assignments would generate good will between groups of kids who might not normally interact.

Champions Against Bullying sometimes brings in celebrities – who have received special training – to schools to talk about bullying. “These role models are very passionate, kind people who have either been bullied or bullied themselves and they can really speak to the subject,” says Faith-Fujimoto.

Schools should also spell out anti-bullying policies in their student and parent handbooks, and offer suggestion boxes or tip lines so that kids can anonymously share information about situations that bother them.

Teaching Kids not to Bully

What if your child isn’t the victim? “I believe that kids who bully truly know that bullying is wrong,” says Wagner. “They can be punished and expelled with ‘zero tolerance’ policies; however, they must have empathy.”

If families set a good example of being compassionate and loving toward others, kids naturally understand how kids who are bullied must feel. “Sadly, many kids who bully come from homes where they themselves have been pushed around or don’t experience comfort,” says Wagner.

Harmon says it is important to understand the challenges facing students who bully. “We have to get to the root of what is causing the kid to bully,” Harmon says. She believes these kids are capable of change, and works to teach them about empathy and compassion. Getting to the bottom of where the hurt is, she says, helps these children make better choices.

Andrea Frazer is the mom of two and an L.A.-based freelance writer specializing in parenting and wellness. Find her online at www.andreafrazerwrites.com.