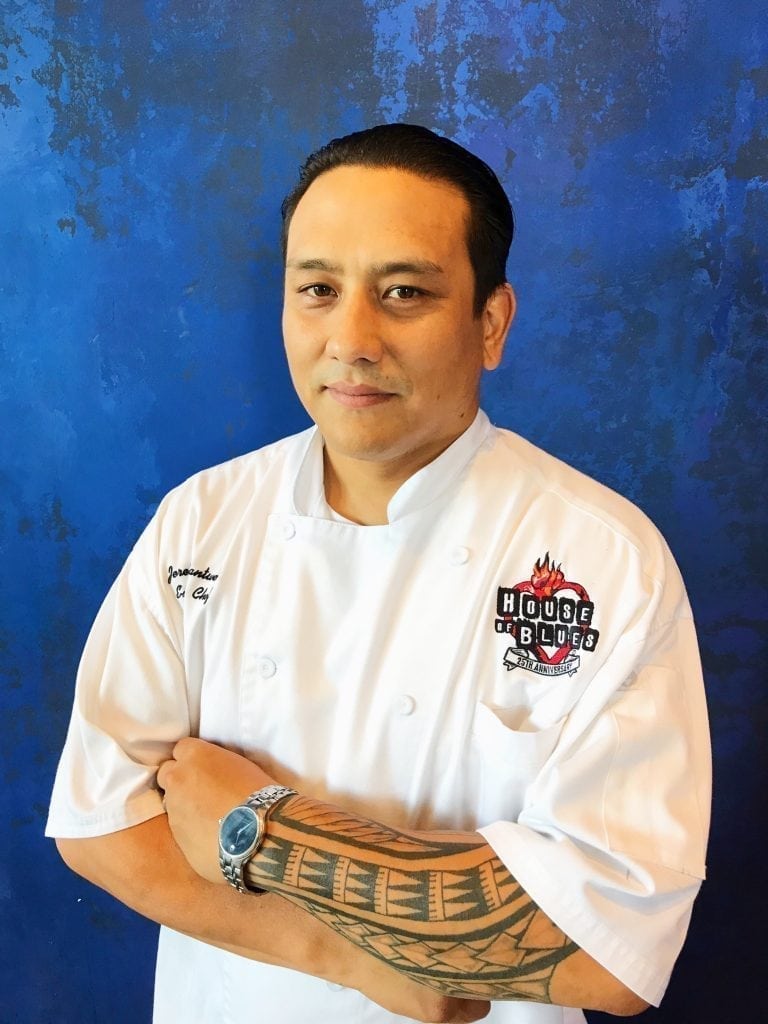 Jeremy Cantwell grew up in San Diego eating his mom’s and grandmother’s Japanese- and Hawaiian-inspired cooking. He’s also classically trained in French cuisine, which gives him a special appreciation for the Cajun-style food at the House of Blues in Anaheim, where he is executive chef. “There’s a lot of tradition that comes with the Cajun [and] Creole food,” says Cantwell.

At home, he has a tradition of baking with his daughter, making cupcakes and cookies – especially during the holidays. “She has a sweet tooth like me,” he says.

This sweet potato bread pudding – Cantwell’s personal recipe – can be made sweet or savory. To sweeten it up, serve it for dessert with caramel sauce or sweetened whipped cream. Or leave it as-is and serve it as a side dish with pork chops or your favorite holiday dishes.

Cantwell recommends baking rather than boiling the sweet potatoes before you puree them so they have as little moisture as possible. A food processor will give you the smoothest puree, allowing the potatoes to soak into the brioche. Don’t rush this step. “It’s all about giving it enough time to soak,” Cantwell says.

Speaking of brioche, Cantwell says you can buy them almost anywhere. “Even WalMart has decent brioche buns,” he explains. “You just want something buttery.”

When the pudding has finished baking, you could brush the top lightly with butter and bake a few more minutes to crisp the top. You could also bake the pudding in ramekins to make individual puddings. 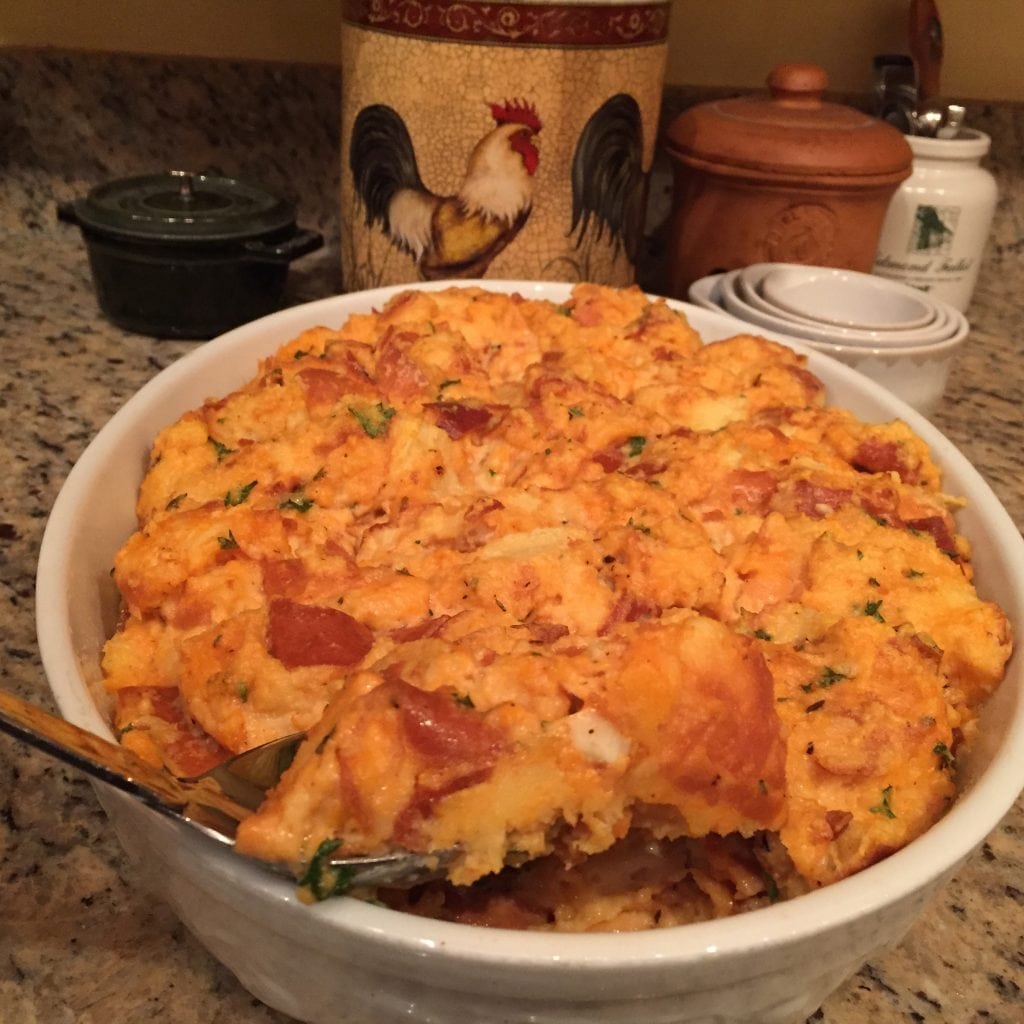 Zest of one orange

Preheat the over to 325F. Butter a large, rectangular casserole dish.

Melt the butter and mix in the cinnamon, nutmeg, salt, pepper, thyme, orange zest, parsley and garlic. Beat together the eggs and cream, then whisk in the butter mixture. Whisk until smooth.

Tear or cut the brioche into evenly sized pieces and place in a bowl. Pour the cream mixture over the brioche pieces and mix until the brioche is evenly wet. Fold in the sweet potato puree. Let the mixture sit for around three hours to ensure that the brioche soaks up the wet ingredients.

Pour the mixture into the prepared casserole dish and bake for 17 minutes if using a convection oven or 35-40 minutes in a standard oven.