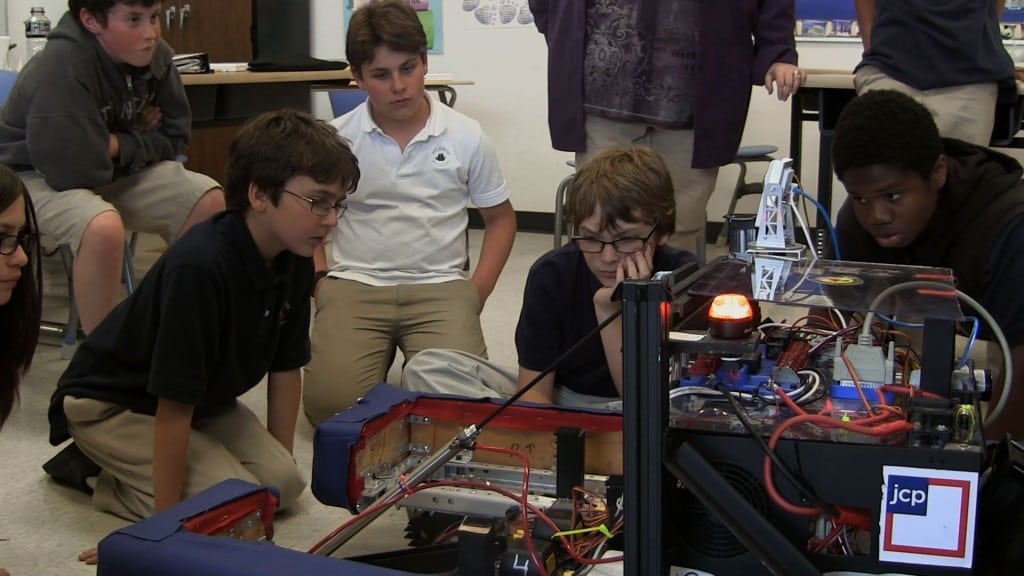 Middle-schoolers in the film 2e: Twice Exceptional examine the work of the Bridges Academy Robotics Team. PHOTO BY MARTINA NAGEL.

Just off Laurel Canyon Boulevard in Studio City stands an unassuming building, home to Bridges Academy, a school for students in grades 5-12 who are “twice exceptional,” meaning they have developmental disabilities, but are also intellectually gifted. The school is the subject of 2e: Twice Exceptional, first released last fall and now out on DVD. The film will introduce you to some of the most fascinating students you’re likely to meet in 54 minutes.

Whether you know someone who is 2e or just want to learn more about this often misunderstood and misdiagnosed group of individuals, don’t miss producer/director Thomas Ropelewski’s compelling film. Teachers, administrators, therapists, parents and 2e students themselves speak candidly about their personal experiences and how the unique learning environment at Bridges Academy has helped them thrive.

The film opens with students in a competition to memorize the most digits in Pi (π) in honor of Pi Day, March 14, and circles back to the competition several times, demonstrating students’ varying approaches to learning the long number sequence. One student describes seeing numbers as different colors, while another sings Pi to the tune of “Ode To Joy.”

Ropelewski, whose son attended Bridges, was approached by Bridges administrators to consider doing a film about the class of 2011 before they graduated. “They thought this was a particularly interesting bunch of kids and might make good subjects for a documentary,” Ropelewski says. “They were right. These kids were articulate, funny and incredibly open about their challenges and issues. They also had a strong sense of who they were and were excited about heading off into the world.” 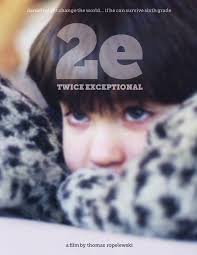 Viewers learn why students like those at Bridges are underserved in mainstream schools. Some 2e kids aren’t socially adept. Others have anxiety, sensory issues or slower fine motor skills, but all are intellectually gifted in some way. Bridges student Sydney describes them in the film as, “somebody really smart, just not good at parties.”

Ropelewski hopes the film will start a national dialogue about twice exceptional students, and that more schools will begin identifying these kids and helping them with their challenges, rather than defining them by them.

The DVD and an accompanying viewer’s guide are available for $29.95 at www.2emovie.com.