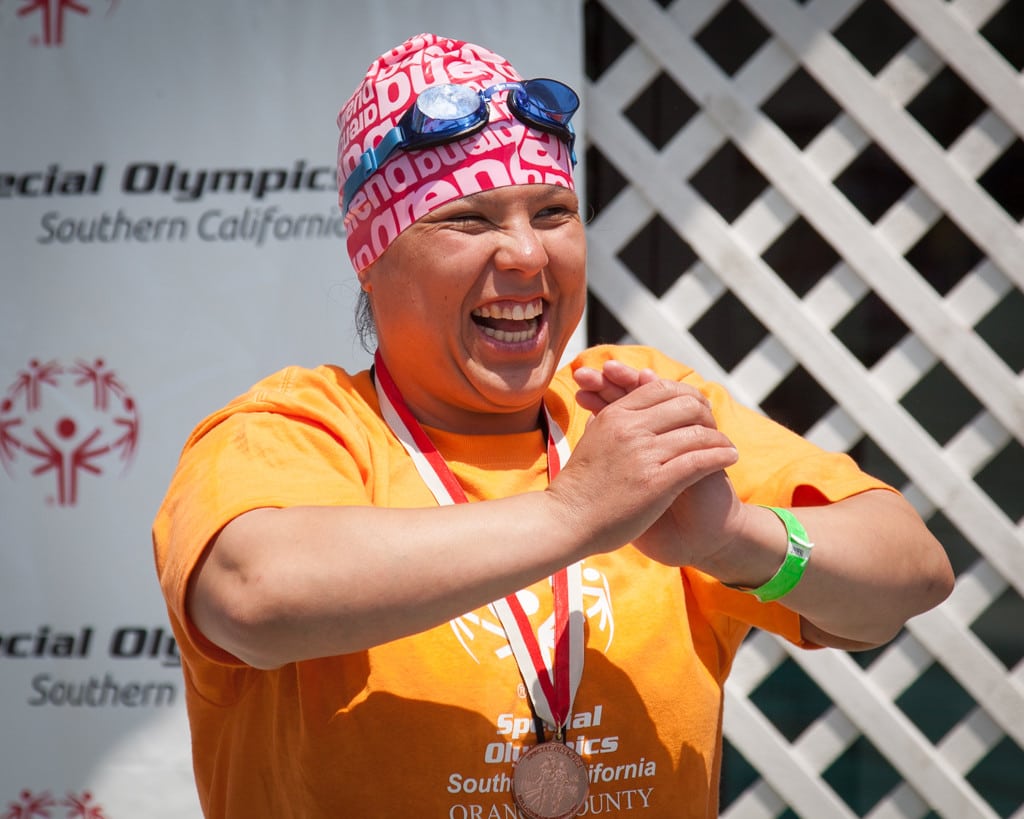 Members of the community can help pay costs for individual athletes – and cheer them on throughout the games – with the “Support an Athlete” program. PHOTO COURTESY SPECIAL OLYMPICS

Los Angeles will play host to as many as half a million people this summer as we welcome athletes and fans from all over the world for the 14th Special Olympic World Games, taking place July 25-Aug. 2.

Seven-thousand athletes with intellectual disabilities, coached by 3,000 coaches, will compete in 25 sports at all different levels, says Steven Vanderpool, a spokesperson for the games. There will be 117 countries represented.

“There will be four core hubs where events will be taking place: USC, UCLA, L.A. Convention Center, and Long Beach’s Marine Stadium and Alamitos Beach,” says Vanderpool. Griffith Park and Burbank will also host events, and there will be 27 venues overall.

Putting on an event that brings the world together takes help from Angelenos, and there are many ways that the community is getting involved.

First off is the “Support an Athlete” program, which Vanderpool calls “a great way to have a direct connection with an athlete.” It takes $2,500 to cover the costs for each athlete once they are here in Los Angeles, and the program matches individuals with athletes and allows them to raise money with family and friends so that they can have a direct impact on the athlete’s experience, then follow their progress throughout the games.

People can also pitch in during the games themselves. “We can’t put on an event like this without volunteers,” says Vanderpool. “This is the largest event in Los Angeles since we hosted the Olympics in 1984.” 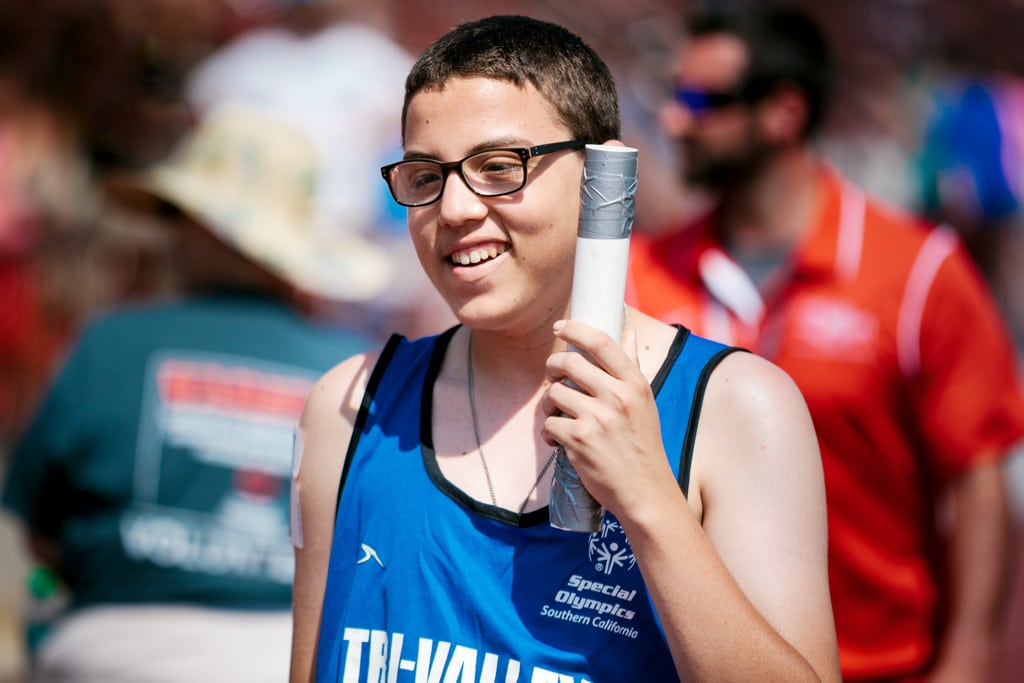 The Special Olympics World Games help increase awareness and inclusion for people with special needs, and all those who are different. PHOTO COURTESY SPECIAL OLYMPICS

It will take 30,000 volunteers to pull off an event of this magnitude, but locals can also support the games just by coming out to watch. “Attend the games and cheer on the athletes,” urges Vanderpool. “Other than the Opening Ceremony, the games are free to attend.”

Special Olympics LA has a “Fans in the Stands” program that encourages “team captains”(14 years or older) to recruit 10 or more fans to support and encourage athletes as they compete.

Communities that will act as Host Towns are also playing a big part in creating a memorable experience for these athletes. In the three days prior to the opening ceremony, as many as 100 Host Towns across Southern California will welcome athletes. The Host Town program has been a tradition since 1995, and host communities provide housing and recreational and sports facilities, and are responsible for planning events for guest athletes. Each Host Town makes a commitment to raising $50,000. 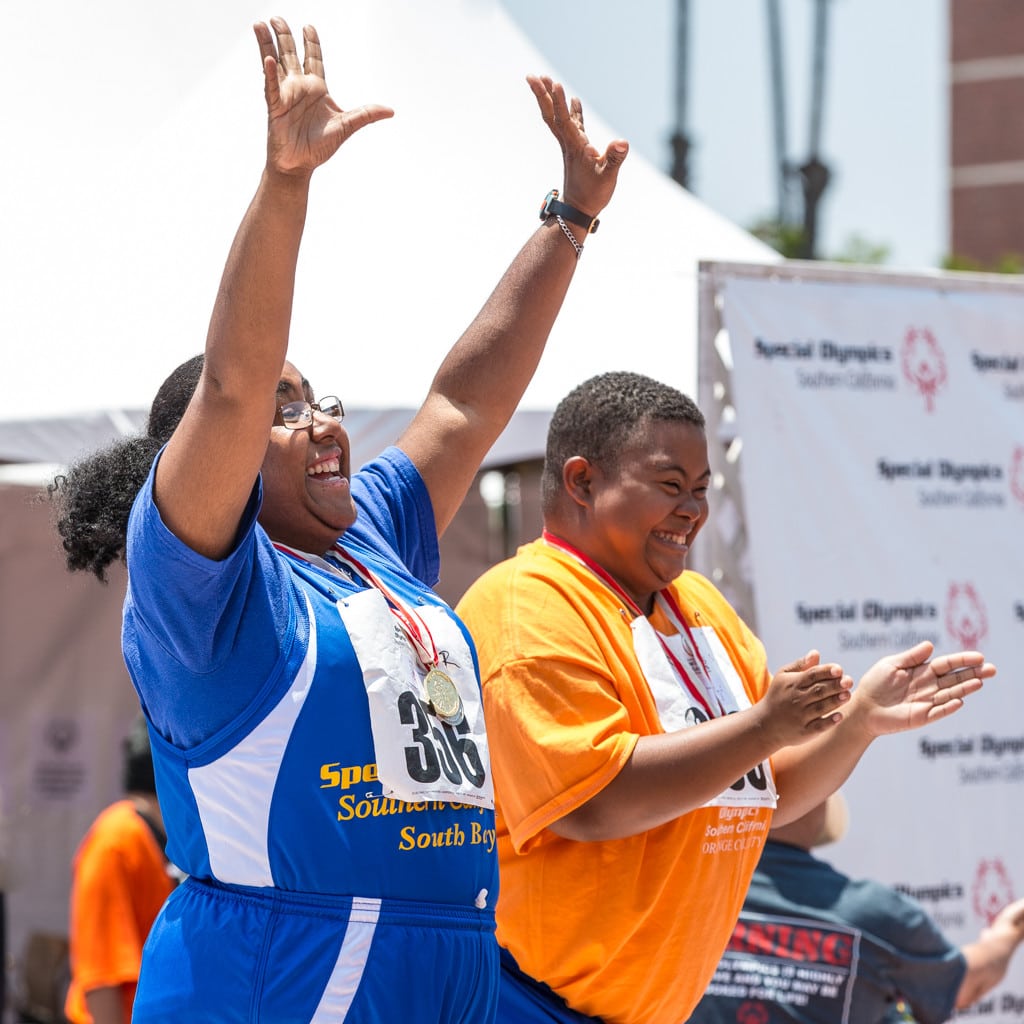 Around 7,000 athletes from 117 countries will come to Los Angeles to compete in the games. PHOTO COURTESY SPECIAL OLYMPICS

Athletes will have time to adjust to the time change, train and attend cultural and recreational events organized by their Host Town. “The events will be unique to each community,” says Vanderpool. “At the end of the day, these Host Towns are doing a phenomenal job, from San Luis Obispo to Chula Vista.”

Athletes will arrive July 21 and will be welcomed at Loyola Marymount University, then travel to their Host Town. On July 24, the athletes will return to USC or UCLA.

“If we impact just Los Angeles county in terms of awareness it would be bigger than Athens and Dublin [where the last two events took place] combined,” says Vanderpool.

The Special Olympics World Games provides more than just an opportunity for athletes to compete and community awareness. Participating in the games can be life-saving to some.

“We have the ‘Healthy Athletes’ program where athletes go through seven health checks,” says Vanderpool. The athletes will get podiatry, physical therapy, health promotion, hearing, sports physicals, vision and dentistry services from volunteer doctors on the USC and UCLA campuses. For many athletes who come from developing countries, this could be the first time they have ever seen a doctor. 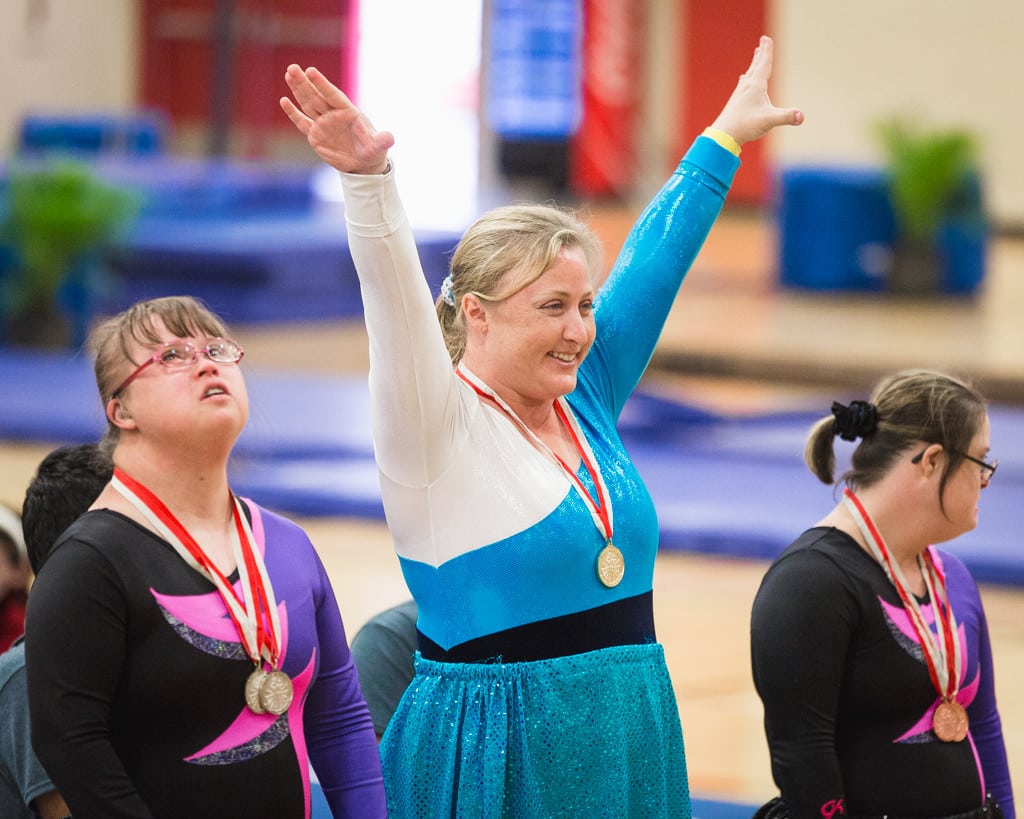 Gymnastics is one of around two dozen sports where athletes in the 2015 Special Olympics World Games will compete this summer. PHOTO COURTESY SPECIAL OLYMPICS

“We have athletes who have never had their eyes checked and they walk away with brand-new glasses for the first time,” says Vanderpool. “One of our athletes, Dustin Plunkett, who works for the Special Olympics now, found out he had gum cancer [after an exam with a Special Olympics dentist], and if it had gone undiagnosed he would have died within a year.”

Kaiser Permanente and other doctors are supplying services and materials so that this program can operate, says Vanderpool. Members of the community can help by donating medical supplies.

The Special Olympics is a life-changing event for all those involved.

“As my boss, Patrick McClenahan, [president and CEO of the 2015 Special Olympics World Games], says, in a city full of stars and all-stars, our athletes will be the stars during the games this summer,” says Vanderpool.

Fundraising events are taking place all over Southern California during the next few months, including a Hurricane Harbor Polar Plunge in June and various Tip-A-Cop campaigns where law enforcement officers become the waiters at local restaurants and donate their tips to the games.

To find upcoming fundraising events in your area go to www.sosc.org.

To find out more, to donate, support an athlete or to find out whether your community is a Host Town, visit www.la2015.org.