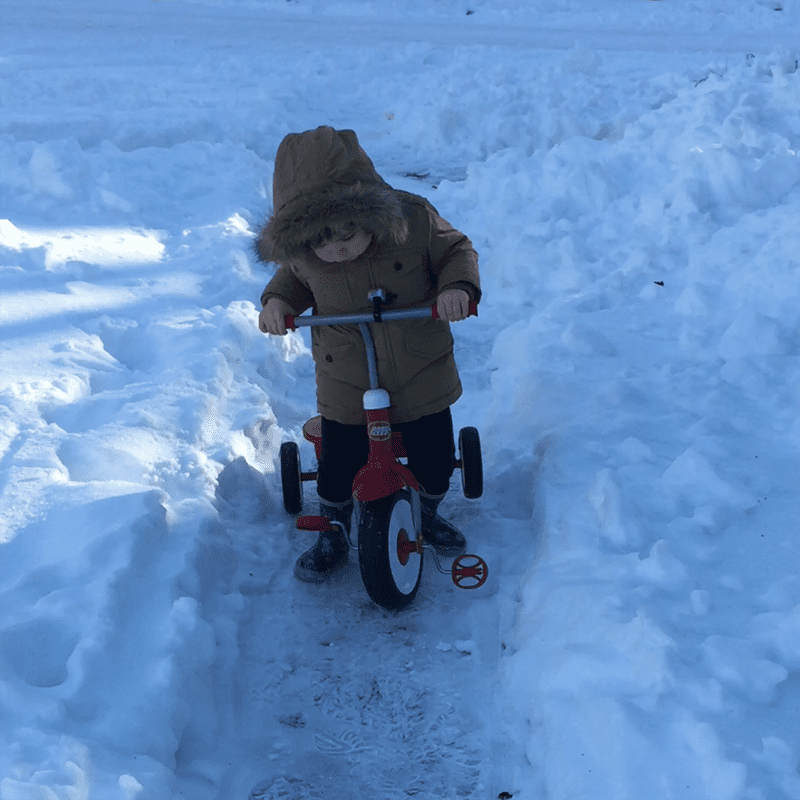 My boys loathe the cold. My boys loathe the heat, too, but since it’s January and about as chilly as it’s going to get here in L.A., I’ll focus on the cold. Hank, who’s 4, has always been more curious about the weather than willing to be out in it. “Tell me more about these hurricanes, Daddy,” he’d say. “Are there tornadoes here?” he once asked. And when he sees images of blizzards and snow, he really gets concerned.

Last year, while viewing snow-crested mountains from the safe cradle of L.A., Hank asked, “Is it cold up there?”

“Well, I wouldn’t want to go up there in that snow,” he said, laughing nervously.

But exposing our Angeleno youngsters to all seasons is important, enriching. One of the beauties of living in L.A. is that you can drive to the snow in just a couple of hours, but getting there does take some preparation. Sometimes, your car needs chains or snow tires. Plus, since snow is a rarity here, traffic heading to it can be a nightmare. Every family in Southern California ends up with the same idea at the same time: Get up to the snow, sled around for a while, leave when it gets too cold, then hit up an In-N-Out Burger on the way home. Makes a pretty swell day, not gonna lie.

To avoid the crowds, I recommend weekday daytrips. My wife, Kate, and I recently brought Hank and his brother, Leo, 2, to Frazier Park and Mount Pinos in the Los Padres Mountains. When we tried to trudge through to the summit, Hank’s childish glee quickly turned into a late afternoon meltdown (and I’m not talking about the snow). I asked myself, “Shouldn’t some industrious hipster have started a trendy L.A. style winter lodge by now?”

On another trip, we drove up to Noon Lodge in Big Bear Lake in the San Bernardino Mountains. The answer to a millennial’s prayers, it’s a delightful place with tasteful accommodations. I don’t recall Big Bear Lake having a cool reputation when I was growing up. It was where your relatives owned a lake house or winter cabin. Now, city folk and in-the-know millennials are buying up properties and taking backpacking and ski trips there. Kate found out about Noon Lodge from an adventurous fellow city dweller. The hotel is so sleek and cheerful, it made me feel lazy.

At Bear Mountain, Hank wouldn’t get on the skis, but he did enjoy the snowboard for about five minutes. He’s the type to avoid anything that he is not immediately good at and relies heavily on activities he excels in (such as his negotiating skills). He somehow negotiated us into letting him have two hot chocolates. Leo, on the other hand, enjoyed the sled. Just going down a little bunny hill with Mom made his eyes light up.

At Bear Mountain, Hank wouldn’t get on the skis, but he did enjoy the snowboard for about five minutes.

Hoping for a more low-key snow experience, we headed up to Mount Baldy Resort. Primarily for tubing, sledding and skiing, Mount Baldy offers plenty of group lessons (our second failed attempt with Hank) and one of the best scenic ski lifts in the area. From Mt. Baldy, there’s nothing to obstruct your view of the entirety of the San Gabriel Valley, Inland Empire and Orange County. The majestic southern face of the San Gabriel Mountains rises up more than 9,000 feet. “I can hardly believe it,” Hank said.

The Transverse Ranges, as they are known, are formed by the tempestuous fault lines that demarcate Southern California and are where we Angelenos play in the snow. You can drive to the Sierras or fly to the Rockies, but it’s also vital to show your kids the San Bernardinos, San Gabriels and San Jacintos. These hills are unique, and “so close,” as Hank noticed. Enjoy the snow near L.A. while it lasts, even if your thin-blooded kids don’t love the cold.

Isaac Parfrey is a writer, composer and L.A. native who enjoys roaming Southern California with his wife, Kate, and sons, Hank and Leo. Follow him on Twitter @IsaacParfrey