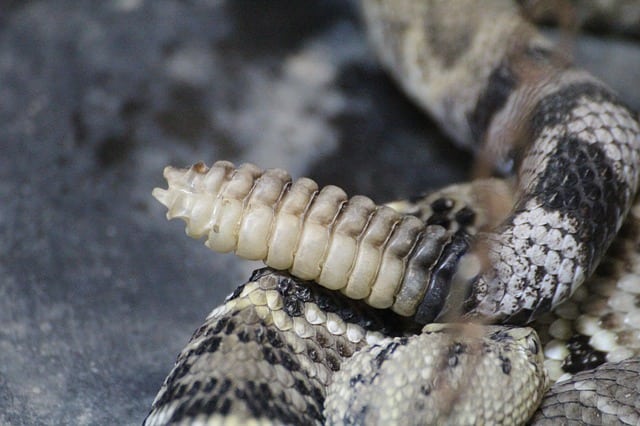 In summer, families like to play where rattlesnakes live.

It is rattlesnake season in Southern California – and will be until at least October. In sunny SoCal, we spend lots of time hiking, biking, camping and playing in spots where snakes are active.

Cyrus Rangan, M.D., a medical toxicologist at Children’s Hospital Los Angeles and assistant medical director of the California Poison Control System, offers advice on what to do if your child is bitten.

What should parents do immediately after their child has been bitten by a snake?

The first thing to do is simply to remain calm. That’s probably the one thing that parents forget the most. Make sure that you and your child are away from the snake and take your child to a safe location. A parent should never go searching for the snake or try to identify it. Gently cleansing the wound with some soap and water, if available, is a reasonable thing to do. And then simply get to the hospital.

Are all hospitals equipped to treat rattlesnake bites?

You should always head to the closest hospital Emergency Department. No matter where you go, help is going to be available. Some hospitals have more experience talking care of rattlesnake bite patients than others. But we at poison control are available to provide the most up-to-the minute treatment guidelines so that anybody can take care of a snake bite.

What kind of medical treatment will a child receive for snake bite?

The thing that will happen first is stabilization of the patient, and very careful observation of the site of the bite. If there is swelling, that is one criterion we are going to use to determine whether the patient will need antivenom. There are some lab tests that we order as well, particularly complete blood count and some others that have to do with blood clotting. And we use those laboratory values also to determine whether a patient might need antivenom. If they need it, we give it. If they don’t, we simply need to observe until we are certain that the patient is stable.

Is there any information the parent needs to bring with them to the hospital?

The timing of the bite is critical information, as is any first-aid measure that anybody did try to do. Did someone dunk this in a bucket of ice? Did someone use a tourniquet? Even though those are things we advise against, we want to know if they were performed. It is also important to know when the child’s last tetanus shot was.

How likely is it that a rattlesnake bite will be fatal or cause serious harm to a child?

If you watch a lot of movies, you’ll be thinking that rattlesnakes kill everybody. In fact, rattlesnakes don’t cause death very often. We see maybe a couple of deaths per year in the United States, and it’s usually a special circumstance.

A child could have an allergic reaction to the snake itself. Rare, but it can happen. Another rare situation is if the snake bites directly into an artery or directly into a vein. That can cause some major complications within the first couple of hours after the bite. That is a situation where a patient could die.

What we’re most concerned about with the vast majority of snake bites is the tissue damage that occurs right around the site of the bite. Snake venom contains the digestive enzymes that the snake uses to digest food. When venom is beneath our skin, it starts to digest the tissues below the skin and it can cause a lot of swelling, a lot of damage to the tissues. And what we’re really trying to avoid is the patient losing a finger, losing a toe, losing an entire hand as a result of all that tissue damage. In general, when victims arrive within the first few hours, they all do very, very well.

Tell me what a dry bite is and how these are treated.

Depending on whose study you are looking at, anywhere from 2 percent to 25 percent of rattlesnake bites result in what we call a dry bite. The fangs certainly get in there and cause a lot of pain and injury, but the snake injects either no venom or a very minimal amount of venom.

In general, a dry bite will cause a lot of local pain, but you don’t see that extensive tissue destruction that occurs with an envenomation. We’ll see some minimal swelling, and if about eight hours goes by and there’s no progression of that swelling, and all those laboratory tests are looking normal, that’s usually when we’ll deem it a dry bite. And the patient will be sent home with some pain medication, and over the course of the next few days they’ll start to feel better.

Do you ever give antibiotics in these cases? 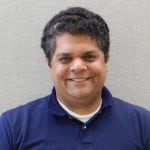 In general we don’t give antibiotics. When you’re bit by other animals, we very often do give antibiotics because of the bacteria that a lot of animals carry in their mouths. A snake’s mouth is actually quite sterile. One of the reasons for that may be that venom actually prevents the growth of bacteria.

What can parents do to help prevent rattlesnake bites?

If you’re out on the trail, in parks, doing the kinds of things we like to do, especially in summer time, this is kind of a perfect storm. It’s the weather where snakes like to be out and it’s also the time we like to be out. Whether you’re having a picnic or jogging or hiking or whatever it may be, realize that you could encounter a snake at any time.

And although we call them rattlesnakes, and there is a characteristic rattle, they don’t always rattle. So you should never rely on a snake’s rattle to prevent you from getting too close accidentally.

In general, rattlesnakes are very defensive creatures. They’re not aggressive. If you get too close to them, that’s when they’ll strike out because they are trying to defend themselves. Always keep that in mind. If you ever see a snake or hear a snake, don’t approach it. Don’t get close to it. You’re going to increase your risk of getting a bite.