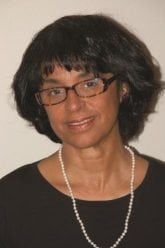 For 10 years,  Sandra Graham, Ph.D., Presidential Chair in Education and Diversity at UCLA, has been working on a study to evaluate how diversity in middle schools affects students’ social interactions and success. She hopes her findings will help encourage policy makers to promote more diversity in K-12 schools, and shared some of what she has discovered.

Give us a little bit of background on your research.

We wanted to study the benefits and challenges of going to diverse schools. We are doing this because even though the population is getting more diverse, schools are not. There was a lot of activity in the ’60s and ’70s in getting schools unsegregated, but that all started to change in the ’80s. Our argument as social psychologists is that we need more research with cutting-edge methods – and not just with African American and white students – in order to make a case to policy makers that diversity is beneficial.

What are the findings so far?

When we’ve looked across schools, we have found that children tend to feel less vulnerable at schools that are more diverse. There is less victimization. Victimization is when one population has more power than others, and this is often because of numerical representation. The key is a balance of power and students making cross-ethnic friendships. However, the challenge is that just having the opportunity to make cross-ethnic friendships isn’t enough, because kids prefer to be friends with people who are more like them. Schools have to systematically encourage friendships to be made.

What are some of the challenges students face at diverse schools?

Even in diverse schools, some ethnic groups are a small minority. For students to feel like they belong at a school, there must be a critical mass of their racial/ethnic group. Schools need to be thoughtful about limiting segregation within the school. For example, academic tracking, which is prevalent in schools, limits the mixing opportunities in the classroom. Studies have shown that Advanced Placement classes tend have mostly white and Asian students. The lack of diversity in the classroom affects the ability for a minority student to feel like they belong, and they also may not have the same payoff when taking those classes.

What is the next step for your research?

We are now spending more time looking at the transition from middle school to high school. We have found that many students attend middle schools that have a large representation of their racial group, but filter into high schools and suddenly become a smaller minority. We want to know how this affects their feelings of belonging and ability to succeed in high school, where the stakes become a lot higher academically.

Another questions is, how does students’ distance from the school affect their sense of belonging? This also may affect their ability to do extracurricular activities that require students to stay late after school and come early. Many schools have reduced funding for busing, and if students stay late for activities, their parents have to hire a private busing service or be available to pick up their kids. Extracurricular activities are often highly segregated as well.

What is your ultimate goal?

We know that exposure to diversity helps you become a better person. We want to see how diversity in schools helps students be more involved in civil engagements. When they turn 18, are they exercising their right to vote? Ultimately, we want to be able to sit with policy makers and show them that there is a compelling interest to promote ethnic and racial diversity in K-12 schools, so we are doing rigorous research with large sample sizes that cannot be easily dismissed.