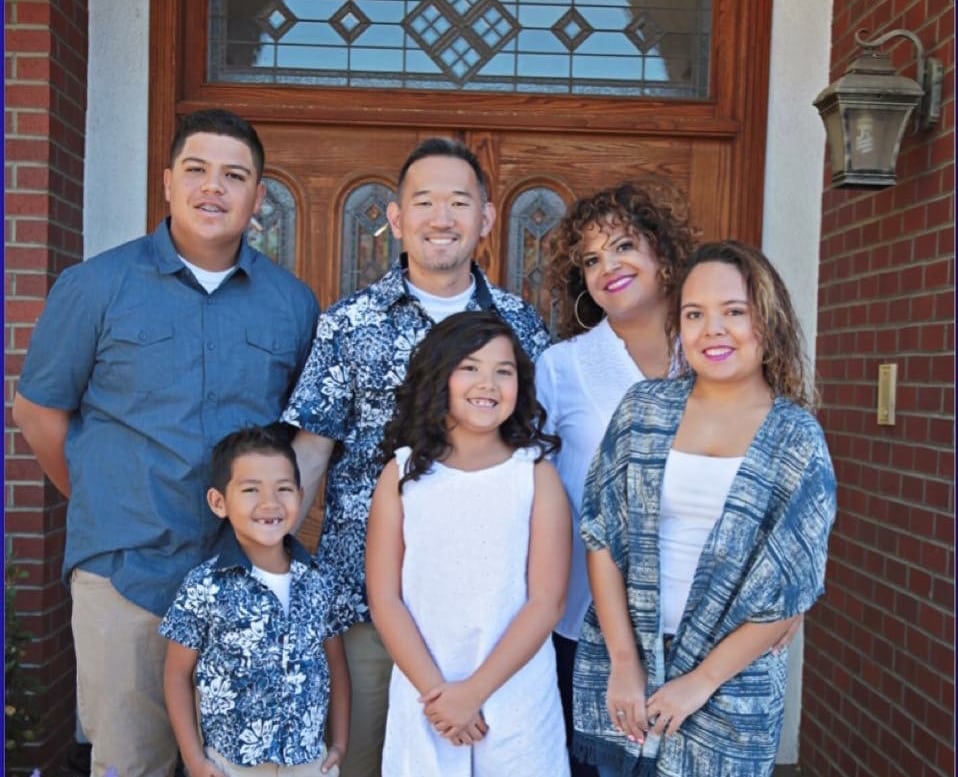 I grew up in a small paper-mill town in central Louisiana during the late 1970s and ’80s – a time still rife with the lingering effects of segregation. My family lived on what folks called “the black side of town.”

On the bus ride across town to school every morning, my friends and I fawned over the beautiful houses that decorated the better-paved streets in other neighborhoods, and I envisioned myself moving into one of these dream houses as soon as humanly possible. It never entered my mind that my family’s race might have been a barrier. In fact, race wasn’t top of mind at all.

Looking back, I wonder how my young brain was subconsciously processing the contrast between my homogenous neighborhood and integrated school life, between my real world and play world, which was full of dolls, books and TV shows whose characters’ skin looked nothing like mine.

Race didn’t hit me in the face until I was 8 and my best friend, who was white, told me her mother said she could no longer play with me because I was black. My friend and I had been frolicking in our fantasy land, and her sudden revelation was a shock to my system.

Nearly four decades later I am settled into my life in Los Angeles, one of the most diverse cities in the world. My son, Solomon, who is 10, has attended school with Filipino, Ethiopian, Chinese, Korean, Armenian, white and mixed-race children. With more product choices at our fingertips, my husband and I made sure to buy Solomon multicultural action figures and children’s books, and have told him countless times how beautiful he is – skin and hair included.

In preschool, Solomon would describe his classmates’ skin colors as “peach, brown, chocolate and vanilla.” It all seemed sweet and innocent – until differences in skin color and hair texture became weapons.

Last year, Solomon started fourth grade at Solano Avenue Elementary School, a racially diverse public school in Solano Canyon, and we were heartbroken when he came home in tears because a couple of kids made disparaging remarks about his skin color. But his principal, William Bertrand, quickly addressed the issue. Bertrand talked separately with the students who made the remarks, then hosted a few lunch meetings with students representing all the ethnicities that make up the school’s diverse student body.

“We sat in a large circle and played a game called ‘Like Me,’” Bertrand recalls. “I would make a statement along the lines of, ‘I have brown eyes,’ and if it pertained to a student, he or she would stand and say, ‘Like me!’ We used this to build a list of things we had in common. We spent some time talking about how we may look different but have so many things in common.”

Bertrand also used the meetings to talk about historical struggles that some ethnic groups have faced. “We talked about what it means to be racist and how that’s not OK,” he says. “We strategized and practiced ways to deal with uncomfortable situations.”

With research revealing that babies as young as 6 months can recognize skin-color differences, experts say it’s important for parents, caregivers and early educators to embrace children’s natural curiosity about race and ethnicity – even when it makes adults feel uncomfortable.

“Children who are 3 or 4, and even before, organize and construct their identity based on the experiences they have with others,” says Helen M. Davis, Ed.D., program director of early-childhood education and parent education for UCLA Extension. “For example, at age 2, children begin to be aware of who ‘their’ people are. Parents should be open and explicit in talking about that membership in whatever way makes sense to them. Tiny, tiny ones know who their people are, and as they get older, they will certainly make commentary about the differences they see.” 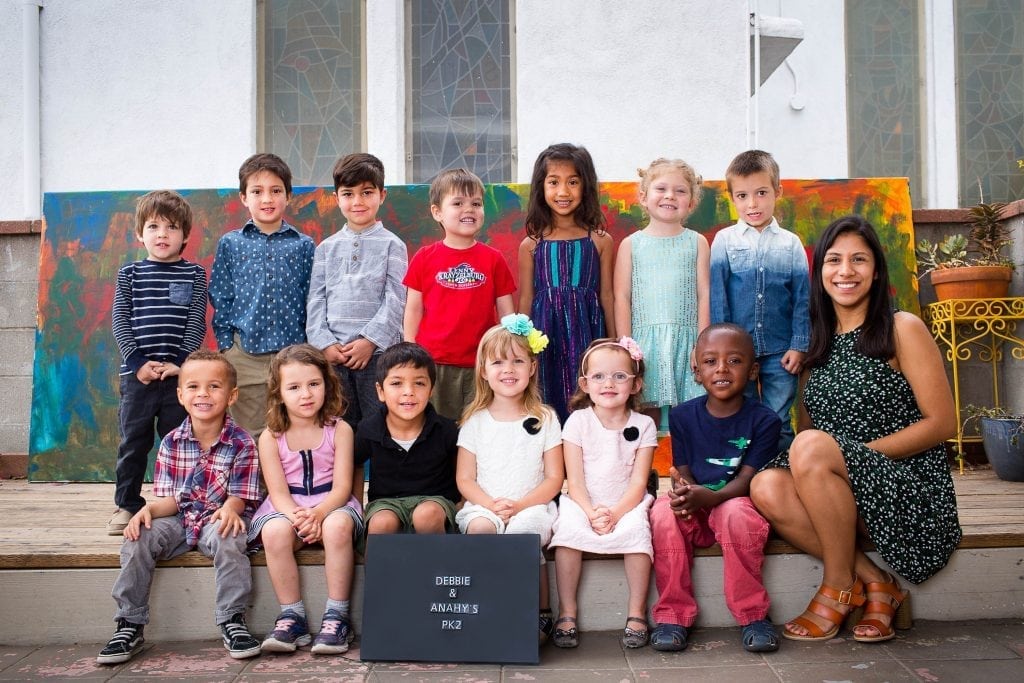 Rebecca Bernard, co-founder and enrichment director of the World City Center preschool in L.A.’s West Adams neighborhood and a mom of two girls, says it makes sense that young children will point out skin color differences. Developmentally, they are learning their colors and exploring textures. “A baby’s job is to begin to categorize and discern their environment,” Bernard says.

Experts say the lofty goal of becoming a color-blind society is outdated and possibly even harmful to young children. “We definitely are not aiming for color-blindness,” says Vanessa Macias, a quality services supervisor for LAUP, a nonprofit created to improve the quality of early education in L.A. County. “If we don’t talk about differences, children are making conclusions that may grow into a fear of what is unknown.”

Bernard, who was born to a white mother and black Costa Rican father, says that sometimes even the best-intended efforts to shape our kids’ perceptions can backfire. When her daughter came home one day saying, “I want yellow hair,” Bernard’s ex-husband decided to replace the white dolls with dolls of other ethnicities. But their daughter interpreted this in a way that shocked her parents. In the grocery store one day, the 4-year-old told a white man, “My daddy doesn’t like you. He doesn’t like peach people.”

“My face almost fell on the floor,” Bernard says. Bernard apologized to the man profusely, but she and her ex-husband had to go back to the drawing board to re-teach. “’Your grandmother is white,’ I told her. Do you think Daddy doesn’t love Grandma Sharon?’”

While it is easy to blame children for spewing disparaging remarks, some stepping back to consider our current national climate and our own biases is critical, experts say. “All of us have our biases,” says Macias. “We come in with our subjective experiences, even when we think we are culturally aware.”

At World City Center, teachers undergo robust cultural training. “Sessions can be intense,” Bernard says. “We present research, there are required readings and an interpersonal component. There are often tears. Sometimes, people aren’t aware of things that their parents might have pushed on them, or something that they themselves may have rejected.” 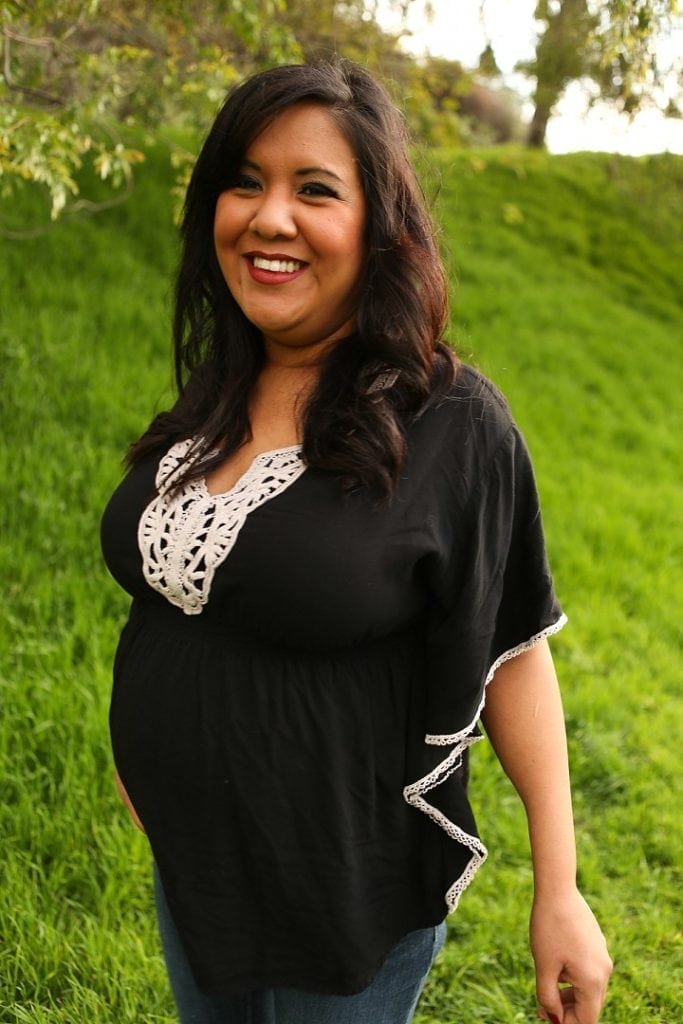 Davis, who is white, stresses that parents need to be aware of their own lens, especially if they are not part of an ethnic minority group. “The difficulty with a majority group is that they often don’t realize they’re part of a group where things are stacked in their favor,” she says. “When we consider this, we begin to develop a sense of empathy, awareness and understanding.” She says your ultimate goal is for your children to:

Macias likes to recommend an arsenal of books to help parents and early educators navigate discussions about ethnicity, culture and race, some of which are included in the accompanying list. “Even for children who come from an entirely homogenous community, we can still introduce how all people are beautiful,” she says. “Books are meant to be mirrors and windows. That’s why it’s so important to have people of all color in the media. That’s why it’s important to learn about different languages.”

Macias, who has a 2-year-old daughter and 4-year-old son, says she uses television programs to open up conversations with her children. “We were watching a music video that had different people dancing,” she says. “I noticed my son was watching the different people, and I said, ‘Do you notice how everyone is different colors?’ He said, ‘Mom, what color am I?’” She answered that he was the color of seashells and sand, then pointed out that her own skin is darker, even though she is his mother.

Sonia Smith-Kang, mother of four and vice president of Multiracial Americans for Southern California, says that when she was childproofing her home years ago, it dawned on her that she needed to “culture-proof” it, too. “What I do with my children is to kind of protect against the outside world,” says Kang, who is of Mexican and African American heritage and married to a Korean American man.

Smith-Kang, who blogs about multiculturalism on The Mixed Up Blog, spends much of her time teaching other parents how to culture-proof their homes using a toolkit of books, art and ideas. “Take a look at what’s in your home and add pieces of culture to it,” Smith-Kang says. She also encourages parents to work with their children’s schools to introduce diverse books and other educational tools to raise awareness.

The effects will reach far outside your home and school. “You’re doing this to improve community and cultural relations,” Smith-Kang says. “Start early and not too late, like when there’s something big like a Charlottesville.”

These resources are designed to help families of all ethnicities with children of all ages.

Parenting for Change: Family Conversations on Race (www.facebook.com/parentingforchangela) – This racial-justice project provides resources for parents who want to talk to their children about race and racism. Its booth at the Santa Monica Farmers Market offers a multicultural activity and storytime station, hard-copy and digital resources and volunteers ready to engage in dialogue about experiences, concerns and strategies.

We Need Diverse Books (www.weneeddiversebooks.org) – This grassroots organization of children’s-book lovers advocates for changes in the publishing industry to produce and promote literature that reflects and honors the lives of all young people.

Anti-Defamation League (www.adl.org) – The organization’s website includes tools and strategies on how to talk to young children about prejudice.

The Mixed Up Blog (www.mixedupclothing.com) –  On Sonia Smith-Kang’s blog, she writes about multiracial and multicultural issues for parents.

“Counting on Community” by Innosanto Nagara

“All the Colors We Are/Todos los colores de nuestra piel: The Story of How We Get Our Skin Color/La historia de por qué tenemos diferentes colores de piel” by Katie Kissinger

“I Love My Hair!” by Natasha Anastasia Tarpley

“The Name Jar” by Yangsook Choi

“Strictly No Elephants” by Lisa Mantchev

“My Princess Boy” by Cheryl Kilodavis

“The Barefoot Book of Children” by Tessa Strickland and Kate DePalma

“One Leaf Rides the Wind” by Celeste Mannis

“Tan to Tamarind: Poems About the Color Brown” by Malathi Iyengar

“Under the Ramadan Moon” by Sylvia Whitman

“Return to Sender” by Julia Alvarez

Museum of Latin American Art (628 Alamitos Ave, Long Beach) – Aims to expand knowledge and appreciation of modern and contemporary Latin American art through its exhibits and community programming, which includes a summer camp.

The Museum of Tolerance (Simon Wiesenthal Plaza, 9786 West Pico Blvd, L.A.) – The museum explores the Holocaust and all forms of prejudice and discrimination and features the “Finding Our Families, Finding Ourselves” program, which showcases the diversity within the personal histories of several noted Americans.