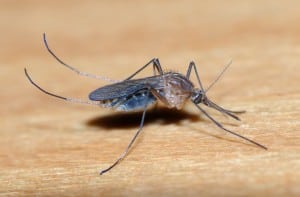 The 2014 West Nile virus season is underway in L.A. County, with the Department of Public Health confirming the first human cases of WNV infection last week. A San Fernando Valley woman in her 60s was hospitalized and is recovering. A man in his 20s who donated blood in late July was found to be infected, but has no symptoms and remains healthy.

WNV is spread through the bite of an infected mosquito – and not through person-to-person contact – and there is no treatment for the disease. Most people who are infected never become ill, or have only very mild symptoms including fever, headache, nausea, body aches and a mild skin rash. Fewer than one in 150 people who are bitten by an infected mosquito become severely ill, and in rare cases the virus can be fatal, most often to the elderly and those with weakened immune systems. Recovery from WNV can take months to years.

The best way to protect yourself and your children against West Nile is to protect yourself against mosquitoes. “West Nile can appear anywhere in Los Angeles County, or around the state, and we are urging people to take precautions, such as getting rid of pools of stagnant water around their homes, and using a repellent containing DEET when outdoors in mosquito-prone areas, especially around dawn or dusk,” says Jonathan E. Fielding, MD, director of public health.

The American Academy of Pediatrics recommends products containing 10 percent to 30 percent DEET for kids ages 2 months and up (DEET should not be used on children younger than 2 months old). Choose the lowest concentration possible for the time your child will be outdoors – from two hours for 10 percent DEET to five hours for 30 percent. Once your child returns indoors, you should wash off the repellant.

Additional precautions you can take:

Last season there was an unusually high West Nile case count in L.A. County, with 165 cases reported – 122 of those requiring hospitalization, and nine proving fatal.

Along with protecting your family against mosquitoes and removing sources of standing water around your home, you can report dead birds – a sign that WNV is possibly in the area – and report standing water in other locations. Report dead birds online at http://www.westnile.ca.gov/report_wnv.php or call 877-968-2473. Stagnant swimming pools or “green pools” should be reported to the Public Health Environmental Health Bureau at 626-430-5200, or to a local vector control agency: