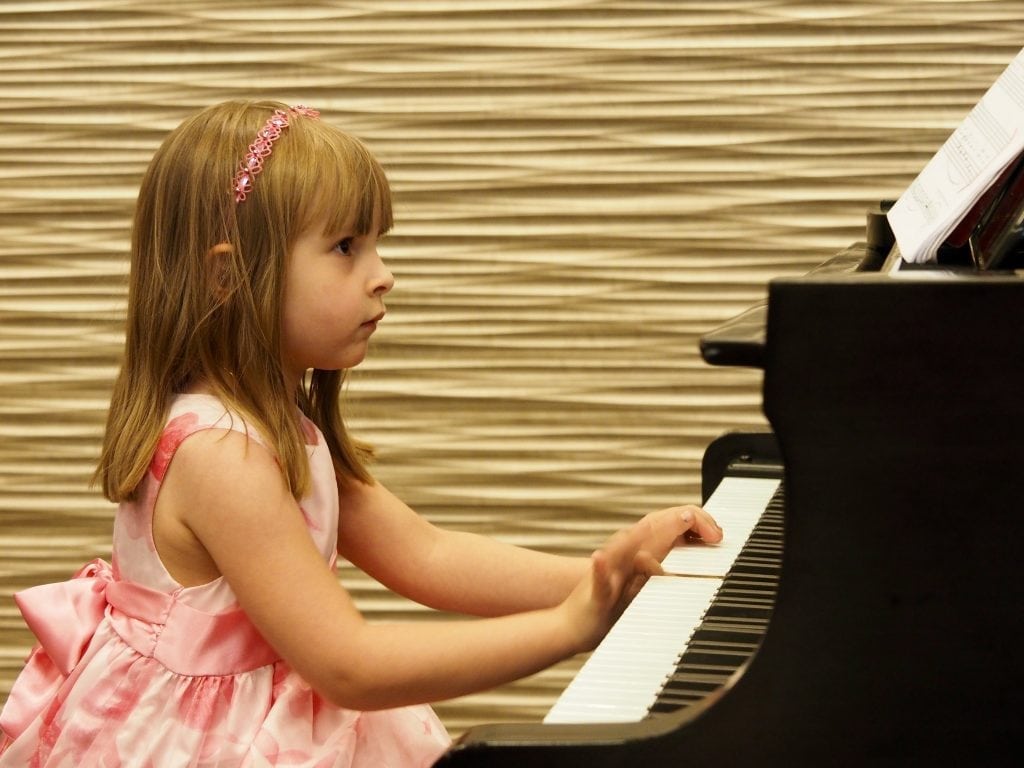 Allegra Music Academy was founded last fall by a jazz musician who wanted to fill the gap created as music programs were cut from schools. PHOTO COURTESY ALLEGRA MUSIC ACADEMY

“Enrichment” is a catch-all term used to describe just about anything a child does after school – from supervised kickball on the playground to advanced music or performing arts instruction or Olympic-style training. But many of these programs play a vital role for students looking beyond traditional academics for a chance to shine. They give kids the opportunity to discover new interests or develop existing talents that might not be available during the school day. They can also instill enthusiasm for learning and skills students can use in the classroom and throughout life.

Frank Vardaros founded Allegra Music Academy in Tarzana last fall to fill the gap created by the lack of elementary-school music programs. “Music saved me,” says Vardaros, a longtime professional musician who currently leads the Frank Vardaros Jazz Orchestra, which has performed at LACMA, the Catalina Bar and Grill and Typhoon in Santa Monica. He wants kids to have the opportunity to discover the joys of music for themselves. But some kids who come into the store don’t even recognize many of the instruments on display.

Like Vardaros, Brandon Pierce hopes to make up for cuts in school enrichment programs. Pierce was started on his path to becoming a professional musician by his public school’s music program. He now runs B-Music music school and recording studio for kids, near Beverly Center, and says that developing a creative outlet is important for kids because it leads to greater happiness in life.

Many arts and enrichment programs reach out to kids in the community, giving them a chance to 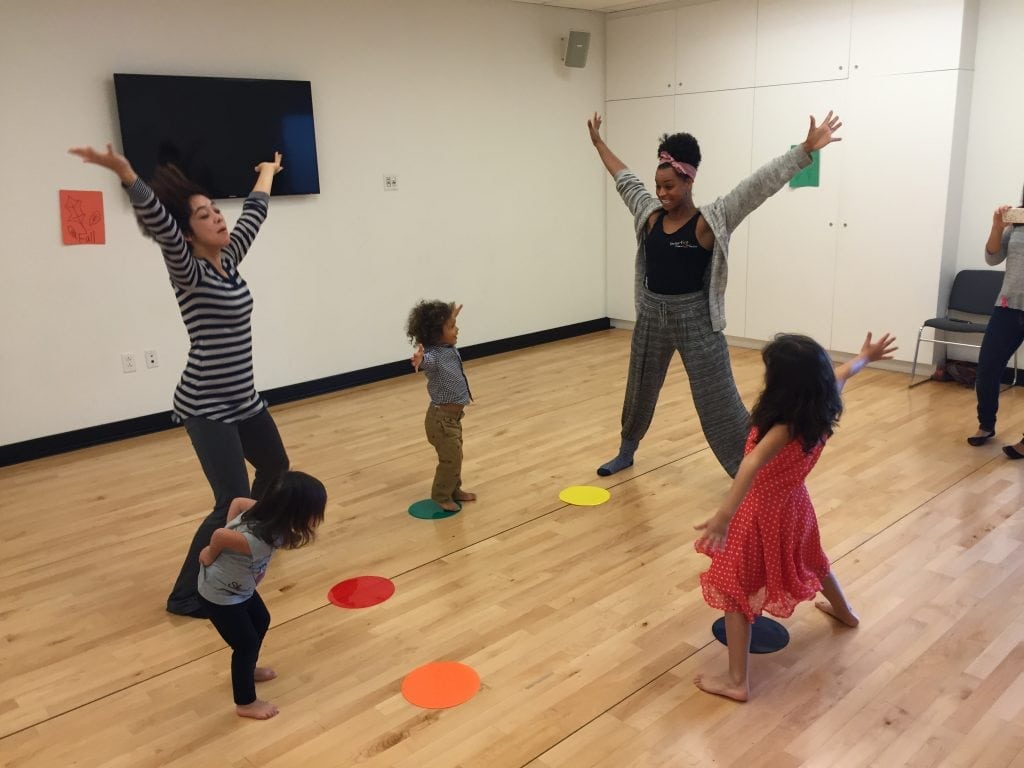 The Wallis Annenberg Center for the Performing Arts offers a number of arts programs for the community, and partners with underserved schools. PHOTO BY VANESSA KARUBIAN/COURTESY THE WALLIS

participate – and to shine – even if they don’t have the resources for program fees. The Wallis Annenberg Center for the Performing Arts in Beverly Hills partners with underserved schools for its Wallis Focus School project. The community-focused cultural center helps develop programs tailored to meet each school’s individual needs. The objective, according to Director of Education Mark Slavkin, is to support schools in building arts-education programs they can maintain for themselves.

The Colburn School offers a Summer Encounter program that selects 60 students from 15 schools near its Downtown L.A. location to participate in a free two-week arts-immersion program where they instruct in music, voice, drama and dance. For the past few years, the school has also offered every Summer Encounter participant a full scholarship to continue studying at Colburn. Music students can enter the Jumpstart program, where they receive small-group and ensemble instruction five days a week, while choir, drama and dance students get scholarships to continue their studies up to age 18.

Enrichment can also offer an indirect academic boost. The lessons learned in karate – focusing on a task, respecting your teacher and fellow students, being patient and brave – can also be used in the classroom. “Karate Kids teaches kids how to learn,” says Dawn Barnes, founder of the Dawn Barnes Karate Kids chain of studios. And music teacher Pierce says that enjoyable learning experiences, whether in music, arts or something else, prime kids for learning at school. “Then perhaps they’ll be more open to learning about George Washington in history class,” Pierce says. 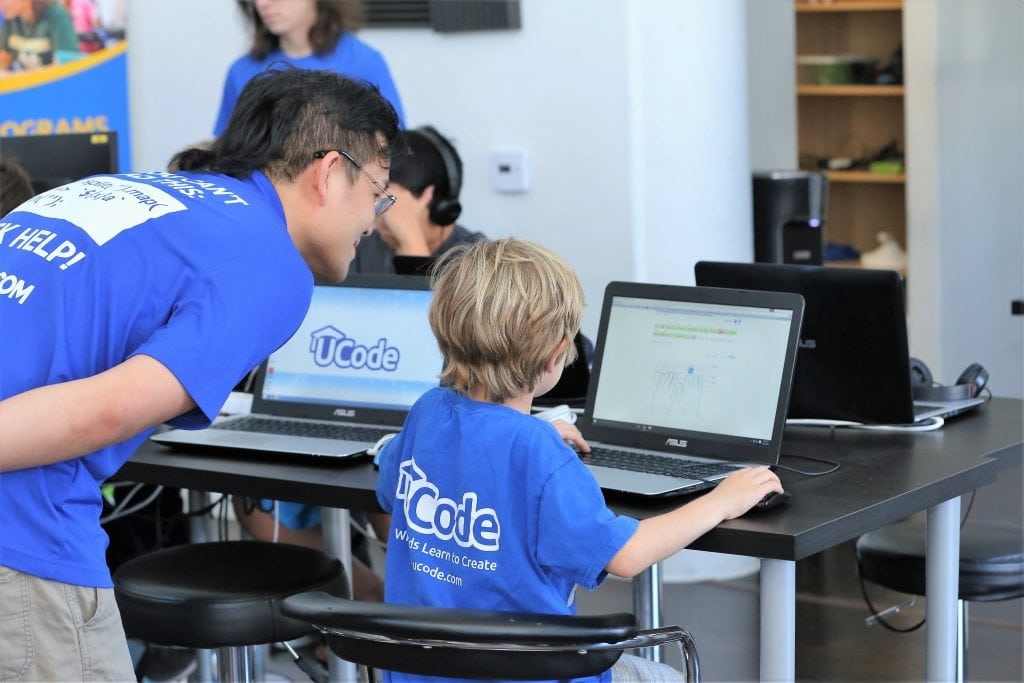 Classes such as those offered by UCode can help kids get creative and see real-world applications for math skills. PHOTO BY NICOLE REINERTSEN

Even learning computer coding – which would obviously be a fit for kids interested in math – can help students who aren’t “mathletes.” Jessa Santangelo, Director of Growth at UCode, a coding school with South Bay, Beverly Hills and La Cañada-Flintridge locations, says coding can “give math a point” and help students understand its real-world applications. Learning to code can assist students in other classes as well. Santangelo recalls one student who used the coding knowledge he gained at UCode to create a computer program for a report on the history of Egypt.

Getting kids to think creatively and actively, Santangelo has found, “opens up the brain to new ways of thinking.” It can ignite a spark of inspiration that can get a child to become a more inquisitive learner in general. She also has seen learning to code change kids’ viewpoint that they are not good at something. A student, for example, might stop labeling themselves as bad at math, and this attitude shift can result in a child having a more positive approach to a subject.

Creating computer code, playing an instrument or working on a theatrical or dance piece also involves skills such as problem-solving, critical thinking and focusing on a task, which are all important tools in the academic world. Nate Zeisler, director of community engagement at The Colburn School, says the discipline, grit and stick-with-it-ness developed in these creative pursuits are “soft skills” that get used in the classroom – and life after the classroom. 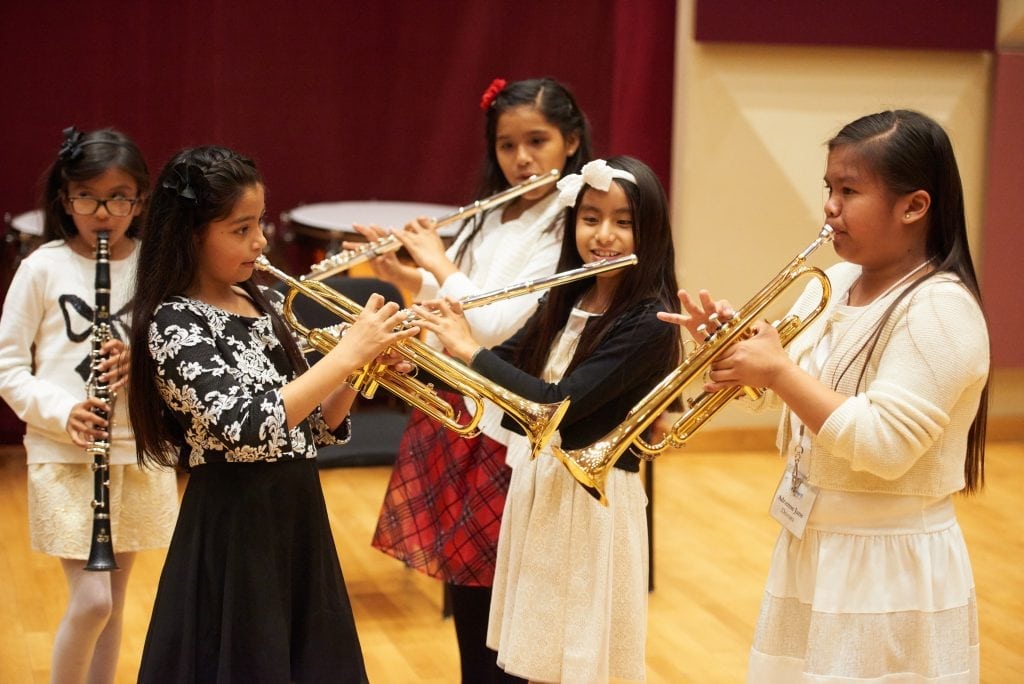 Taking on the challenge of learning an instrument, a sport or how to code also helps kids develop a sense of responsibility for what they are doing. “There’s no greater lesson a child can learn than self-reliance,” says Barnes, who has seen how empowering it can be for kids when they realize what they have achieved through diligence and hard work. Building this sense of confidence is invaluable even if it might not be statistically measureable.

Building confidence in kids is a core principle behind the Wallis’ partnership with the Miracle Project, the local non-profit that runs performing arts programs for people with and without disabilities. This past season, the Wallis organized two Miracle Project workshops that culminated in public performances. The Wallis’ Slavkin says these workshops proved life-altering. After having regularly been stereotyped by others regarding what they can and can’t do, the Miracle Project students saw what they can actually achieve and, through this discovery, gained self-worth and self-confidence.

There is also tremendous value in letting kids spend time on activities where they have real talent, and giving them the chance to spread their wings and master a skill. But while these programs encourage kids to be the best that they can be, they also teach students not to fear failure. Santangelo says young coders discover that there are always bugs to fix in a program, Zeisler says perfection is unattainable in music, and Vardaros says that there is value in learning to play an instrument even if you sound horrible.

The goal of these programs isn’t necessarily to produce world-class musicians, professional dancers, superstar coders or karate champions. They use the fun involved in doing a creative activity as a way to help kids show off talents, explore new areas and develop important life and academic skills. In other words, these arts, sports and other programs are great ways to enrich your child’s world.