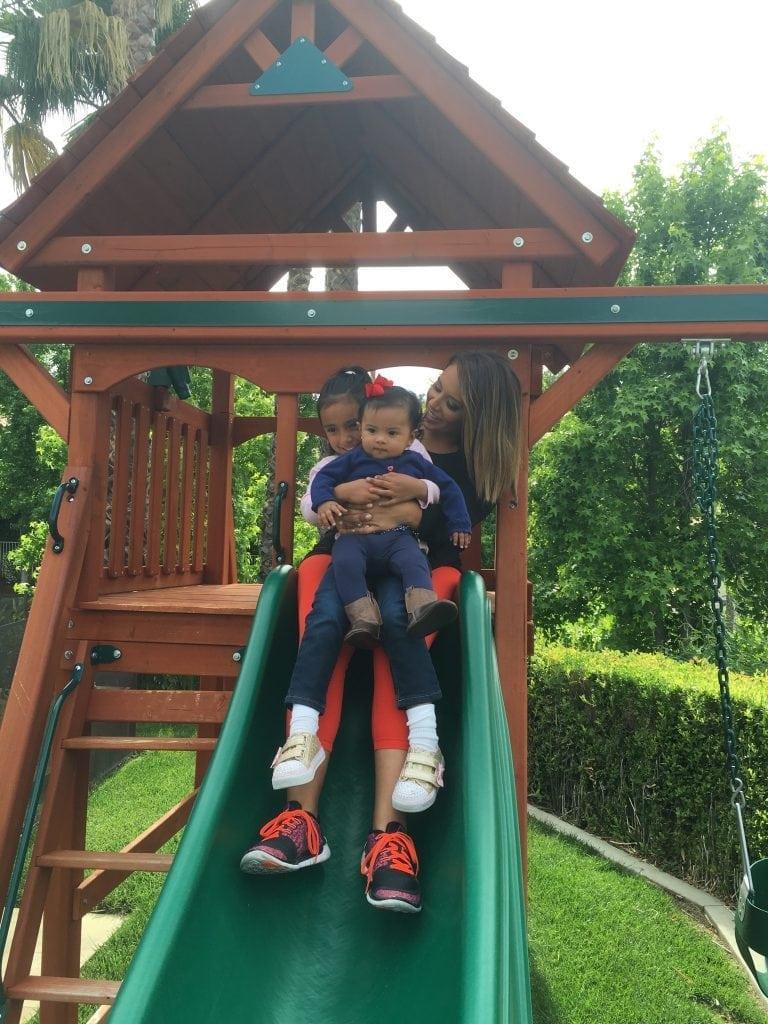 “Mami, quiero milk,” my daughter Sofia, 5, said to me in Spanish the other day. Translation: “Mom, I want some milk.” In a very annoyed and frustrated tone, I found myself snapping back, “Sofia, don’t speak Spanglish! How do you say ‘milk’ in Spanish?” She paused and yelled, “Leche!”

Why was I so angry? It was a parenting moment I feared coming, Sofia choosing speaking in English over Spanish – or worse, using both languages at the same time.

My parents spoke to me in Spanish my entire life. We spoke English when we were in public, but at home the number-one rule, and the one we couldn’t break, was to speak in Spanish. All that nagging from my parents paid off. My brother and I are both fully bilingual.

I credit being bilingual for a lot of things I have gotten in life, including my first job. I was in competition for a job with another reporter who had more experience and better qualifications, but I had a secret weapon: I could speak, read and write in Spanish without an accent. That’s when it dawned on me that my parents were right in how they taught us at home. It was then and there that I decided I would do the same. I would raise my kids bilingual.

Spanish at Home and at Play

My husband and I speak Spanish fluently, so it is easy for us to speak it to Sofia. It comes naturally to us in our parenting. We sing to her in Spanish. She watches her movies and TV shows in Spanish. It was all going great. I felt like a proud mom until she had her first playdate with a non-Spanish-speaking friend. That’s when I had a face-palm moment. She couldn’t communicate with her friend!

It was a nightmare. Sofia was frustrated because she did not understand things like, “It’s my turn,” and “I don’t want to play anymore.” She was unable to ask for water because she only knew it as “agua.” I felt like a failure. I had not prepared Sofia for the world we live in. I did not want her to feel left out or different, but that is exactly how she felt. We knew “The Little Mermaid” as “La Sirenita” and sang “Itsy Bitsy Spider” as “Insy Winsy Araña,” and that alone was enough to make her feel out of place.

In desperation, we enrolled Sofia in preschool to help her catch up. My heart sank when her teacher said to me, “Sofia doesn’t understand some basic, everyday vocabulary.” We started saying every word in both English and Spanish, and slowly she began catching up. It’s been a lot of work, a lot of nagging, a lot of repetitiveness, but it’s worth it. Sofia now speaks fluent Spanish, and she’s becoming more confident with using English, too.

After a lot of research, I learned that the number of U.S. residents age 5 and older who speak a language other than English at home has more than doubled in the past three decades. According to Dr. Veronica Chavez, a licensed clinical psychologist at Children’s Hospital Los Angeles, “Bilingualism has shown that the brain is nimbler, quicker and better able to deal with ambiguities and resolve conflicts. Current research shows bilingual people develop strong thinking skills like focusing, remembering and making decisions.”

I often wondered if Sofia would confuse herself when she heard two languages spoken around her, but as Dr. Chavez says, “It’s not confusing at all. Children have the ability to learn numerous languages at the same time.” Dr. Chavez also says it’s normal for children to mix the languages and confuse grammar from time to time. It is all part of the learning process.

Researchers at the Linguistic Society of America (LSA) say it is never too early or too late to teach someone a second language, even if the parents do not speak a second language. “The main thing to keep in mind is that parents don’t ‘teach’ children to speak, any more than they teach them to walk or smile,” says Antonella Sorace of LSA. “The most important thing in language development is natural exposure. If children are exposed to a language in different circumstances, they will learn.”

Adam Beck, the man behind “The Bilingual Zoo” and author of “Maximize Your Child’s Ability,” offers these simple steps to help parents get their child on the bilingual train:

Just writing this article has helped me realize that I need to relax about Sophia’s use of two languages in one sentence. Language mixing is normal. It made me feel better to know that Dr. Chavez says it does not mean our child will forget one language. It was not as easy to hear that scolding kids for speaking English at home may create a negative attitude and actually make things worse. Now I know better.

A strong desire for bilingual parents is to leave a legacy for our children so they can also embrace and be proud of their culture. Since it is never too late to learn, I think I’ll start picking up French. “Bonjour!”

Daniella Guzman is the anchor on “Today in LA” weekday morning newscast, 4:30–7 a.m. A mother of two, Daniella’s column, On the Record, brings her views on parenting, fun family activities and her take on work-life balance. Follow her on Facebook, Twitter and Instagram @daniellanbcla.