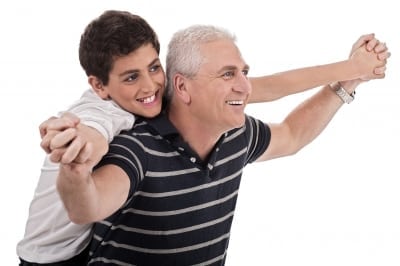 While on a lunch break this summer, I noticed a small group of children all wearing summer camp T-shirts that read “Grandma’s Summer Camp, 2016.” Printed on the shirts were destinations the children had been during previous “summer camps” with their grandparents – the Los Angeles Zoo, Knott’s Berry Farm, the Hollywood Bowl, etc. Watching the kids’ excitement to be together as a family took my mind off my workload and made me think of how lucky those kids were to have this annual tradition with their grandparents.

Grandparents can play a significant role within the family structure, especially when their adult children rely on them for childcare. Unfortunately, during a divorce, grandparents, much like children of a divorce, can get caught up in the middle of a custody battle. Sometimes grandparents find themselves having to beg to see their grandchild, and often face legal hurdles to obtain visitation rights.

What’s more, if both parents agree that it is not in the best interest of the child for the grandparents to visit, California family law supports that presumption. In other words, during a divorce, the grandparents’ wish to continue to be involved with their grandchild is overshadowed by the parents’ wish. However, there is hope for highly involved grandparents who petition the family court for visitation rights. If they are able to provide proof of their significant role in the child’s life, their appeal could prevail.

When the mother and father separated, the grandparents spent even more time with their granddaughter, especially after the father and child moved into their home.

Grandparents who wish to fight for child visitation rights should not delay petitioning. The court will weigh a decision based on the existing relationship and bond with the child, so a lapse in spending time with your grandchild could work against you.

Don Schweitzer is Founder and Partner of the Law Offices of Donald P. Schweitzer, a Pasadena family law firm. As a Certified Family Law Specialist and former District Attorney, he has extensive background in domestic violence, divorce and child custody issues. He is an active member of the Pasadena Bar Association, the Los Angeles County Bar Association, American Bar Association and the California State Bar. For more information, visit www.pasadenalawoffice.com.