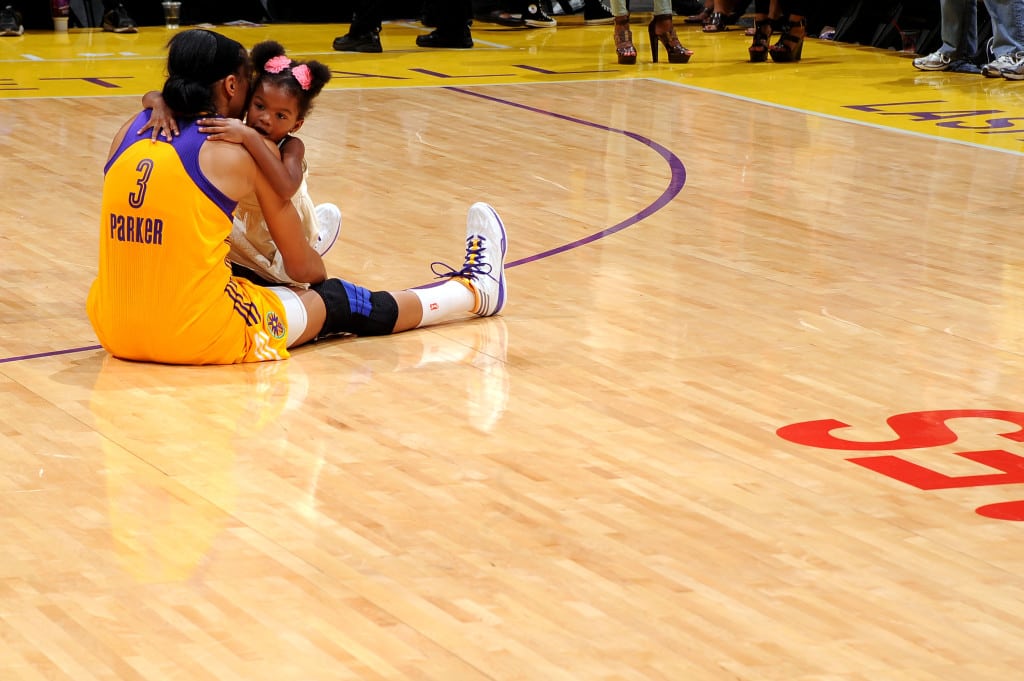 Candace Parker hugs Lailaa after a Sparks game at Staples Center in 2013. She says that Lailaa attends practice with her, and was on the podium when she was awarded an Olympic gold medal. PHOTO BY NOAH GRAHAM/GETTY IMAGES

From there, Parker joined the Los Angeles Sparks in 2008, and in her first professional season led the WNBA in rebounds and double-doubles, averaging 18.5 points and 9.5 rebounds per game.

Parker was named to Team USA and competed in the 2008 Olympic Summer Games in Beijing, scoring 14 points in the final game versus Australia and helping the U.S. Women’s basketball team capture its fourth straight gold medal. In 2012, she helped Team USA win gold again, this time scoring 21 points and 11 rebounds to clinch the final game against France.

In between Olympic games, though, basketball took a backseat when Parker and her husband, professional basketball player Shelden Williams (who currently plays in China), became the proud parents of daughter Lailaa Nicole Williams, born in May 2009.

Parker shared about how parenting added to the rigors of being a professional athlete, but also gave her balance and perspective.

How did becoming a parent change you?

I’ve definitely learned to live in the moment a lot more, and I wasn’t prepared for the fact that my relationship with others improved – how much my mom loved me and how much my dad loved me. And as parent, you sort of develop superpowers. 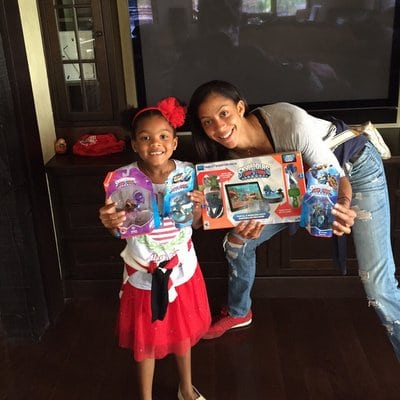 How did you juggle your athletic schedule with the responsibilities of being a new mom when Lailaa was born, and what has changed now?

She’s changed a great deal of my life, but I wanted to have control, so I put her on my schedule. She was a great baby, and we took her on the road [when the team traveled].

Does Lailaa have a sense of your accomplishments as a professional athlete?

I think this last two years she understands it, but I think initially she thought every mom played basketball. She comes to practice with me a lot, and she’s always in the gym. She comes to Staples Center [for the Sparks’ games], and she was on the podium with me when I won the gold medal.

What are your favorite activities as a family when you’re home?

We’ve been playing Skylanders, [a video game played by placing character figures on a device that “imports” them into the game], for a long time. What I like about it is that Lailaa loves putting the pieces together on the charger and has fun removing it. All ages can play it, and now she understands it and what the missions are. And we travel a lot. It’s cool to bring the pieces along.

She was 2 or 3 years old when she started playing, but didn’t know which way the characters were going. Now she has more control. To see her progression, growth, is huge, and to see her attention span is huge.

We go out, and the most fun we have is getting outside – exercising, walking, talking. That’s where we have the best conversations. That’s where I get inside my 6-year-old’s head and hear about school, friends and what’s going on with her.