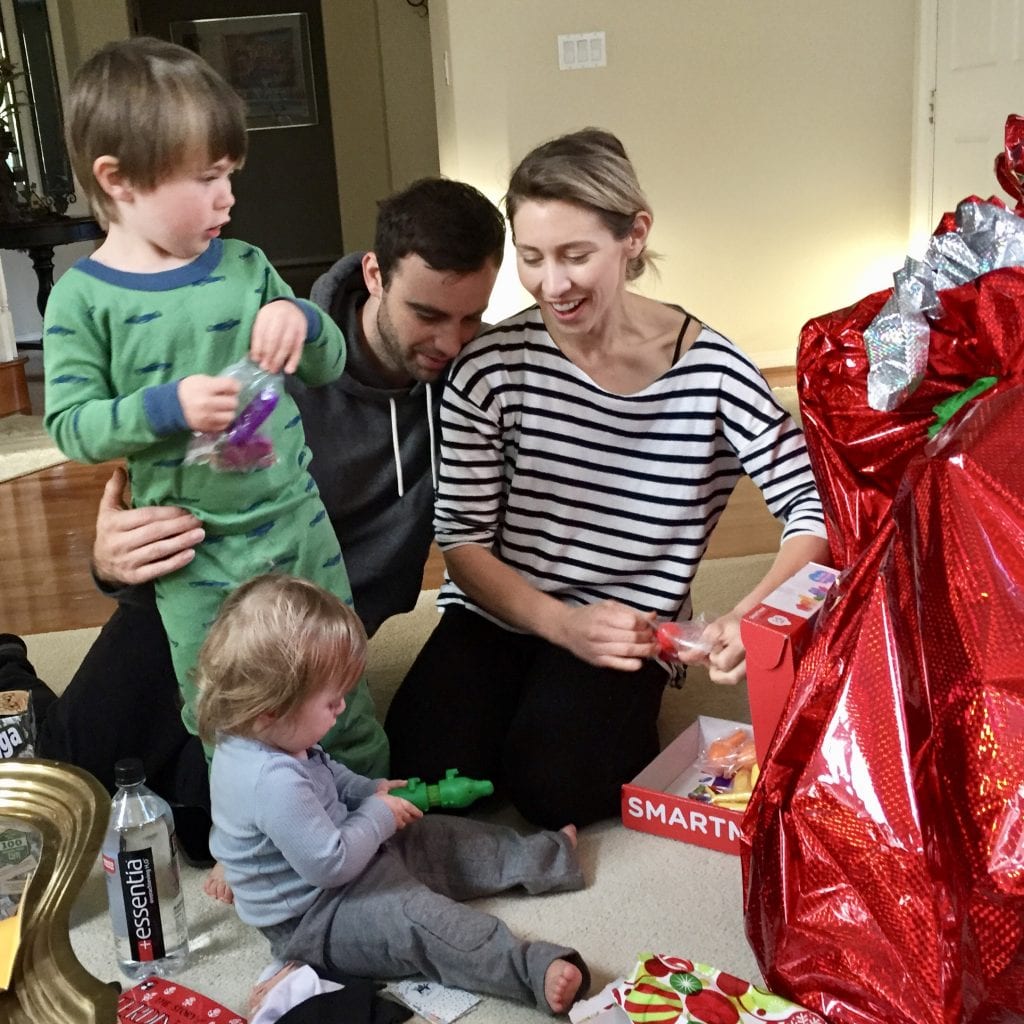 December is upon us once again, and the holidays have got me reflecting on the meaning of tradition in a millennial’s life. Maybe, when you were growing up, your family’s holiday traditions were über-traditional: You went out caroling or the like. Or, maybe, you just went shopping all season and watched a ton of movies. Perhaps, during one of those 80-degree Santa Ana Christmases, you had a SoCal Christmas pool party (I went to one of those).

For a generation (and geographical area) that might be far removed from an authentic winter holiday experience, what does it look like for us millennials to start our own holiday traditions? I’m still young (I think. I hope.), but I’m a full-blown adult. I have a wife, two sons and, as Homer Simpson once said, “the rest.” I have a Subaru, a Toyota and a hipster vinyl collection that’s collecting more dust than a VCR at the Salvation Army. What I don’t have, though, is a holiday tradition for my newish family.

Some of my friends are obsessed with celebrating the holidays without all the commercialism and consumerism. Living on the Westside, it’s hard not to get sucked into the Santa Monica or Century City malls with their sales, restaurants and creepy Santa Clauses. Luckily, my son Hank has always been incredibly spooked by mall Santas. (He won’t refuse a present from them, though).

Other friends have completely taken Christmas and Hanukkah out of the equation. They just hang out at home with good food and gifts or go on a trip to Mammoth, ski, drink hot cider and let the holidays go by essentially unnoticed. I’m jealous of these folks and their freedom to not be bound by traditions and expectations, but I wasn’t built this way.

When I was a kid, my family’s holidays were fairly standard. Christmas Eve was a party. The family got together and we made a big meal. Mom made a pumpkin pie every day for, like, two months. Christmas Day, we walked around with sleepy gunk still under our eyes as the morning unfolded in a flurry of wrapping paper, laughter and dirty dishes – you know, all the refuse of this cozy solstice celebration. Then we’d go to Will Rogers State Beach and run around on the cold, gray December sand until we were ready to see some horrible movie or grab Chinese food with my grandmother.

I guess this was all part of our tradition, come to think of it. Ritual is difficult to pinpoint when devout faith really isn’t a part of the ceremonies or equation. My mom is Catholic but not terribly serious about it (and was even less so when we were kids), but we sometimes had a Nativity scene. My dad’s mother was Jewish, but his family grew up celebrating Christmas. We still had a menorah, though, and my siblings and I would take turns lighting the evening’s candles.

OK, if it seems like I’m rambling about my childhood, you’re right, but I’m coming to a point: I’m struggling to start a holiday tradition of my own. The holidays are a beautiful time of year in L.A., but it’s hard to get that traditional feel in such a heterogeneous and relatively agnostic public space.

My sons seem to yearn for some sense of community and ritual, so I quizzed the eldest.

I asked Hank: “What would you like to do for Christmas this year?”

I seemed to have hit a dead end. But then he said, “I want to draw a Christmas town.”

A cool idea. I told him that every year we will get a big piece of paper and draw a Christmas town. Then we will put it on the wall all Christmas Eve and Christmas Day. The ideas flowed from there. I’m a bit of a musician, so I suggested we go caroling. Or maybe I’ll write a new Christmas song every year, record it professionally and then play it on Christmas. I asked Hank if he’ll help me write it. “Of course!” he said.

As I’ve gotten older, the holidays have become more stressful for me. But incorporating a sense of wonder, mystery and warmth for my children has become more and more crucial. That’s what this year’s song is going to be about.