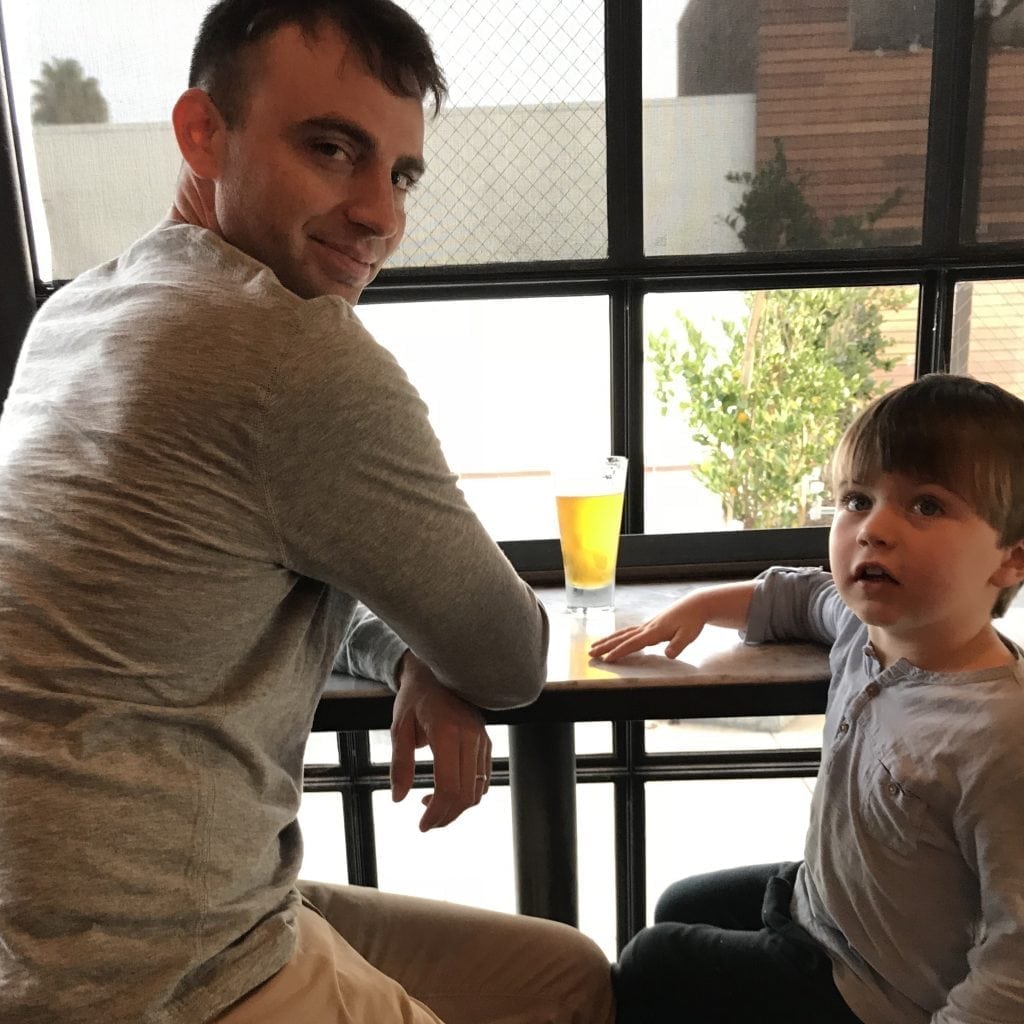 On a December afternoon, while the rest of the country was freezing its collective butt off, mine was planted on a picnic bench at Rock & Brews, a kid-friendly biergarten in El Segundo. I sipped craft beers and noshed on fries while my son Hank romped around in the kids zone. There are moments in the L.A. region where one is left wondering, “Should this be happening?” This was one of them.

Unless you’ve been living under a rock, you’ve probably noticed a craft beer revolution in this country – especially on the West Coast. IPA (India Pale Ale for the uninitiated) has become a defining beverage for us millennials. This heavy beer, bitter with hops and high in alcohol volume, is the flagship for any craft brewery. The craft brew party has been going strong in the Pacific Northwest and San Diego, but L.A. has decided to arrive fashionably late. Some of the more overlooked areas in the region, including Torrance and El Segundo, got there first and continue to brew some of the finest beers in L.A. County. The trouble for millennial parents is that breweries, while exciting, are unwelcoming to our toddlers.

The West Coast, though, is a creative place, and offers neighborhood family biergartens to fill the gap. I decided to take Hank along with me to try out a few spots.

New microbrews have been opening in L.A. with regularity. They stretch from Burbank to the Arts District, from Long Beach to Santa Monica. But if it seems like I have been hanging out on the east side a lot, it’s no accident. The beer scene is rich there, where downtown spots like Angel City Brewery and Wurstküche embrace the young, hip biergarten ideal and kids are welcome.

If you Google “child-friendly breweries in Los Angeles,” the Pub at Golden Road will pop up at the top of your search list. Golden Road, located near the L.A. River in Atwater Village, has a pub space, a long kids menu and an even longer adult menu. Many of the beers are exceptional, though the brewery doesn’t serve sour ale.

Eagle Rock Brewery, which is just up the road, pours Salvation Mountain, a low-volume sour ale. Located in a historic brick building on Roswell Street (painted white so you know it’s well equipped for the gentry), Eagle Rock Brewery also showcases delicious gastropub cuisine for Mom and Dad. You can get smoked beef ribs, raw oysters and a shot of Intelligentsia espresso to help you revive after that imperial stout. The locale doesn’t come with the bells and whistles of a kids zone, but it does have a welcoming neighborhood feel and the servers won’t bat an eye as you struggle to maneuver your stroller through the door. Children seem to be a refreshing part of the neighborhood fiber of Eagle Rock, but get there early because it gets crowded.

Recently, Hank and I ran into a new craft brewery in Little Tokyo called Mumford Brewing. Mumford is set in an artsy warehouse-style space. Millennial hipsters fawn over hazy IPAs and the latest MOCA exhibit. Kiddos are welcome here, too. Hank sipped on what he called “bubbles” (seltzer water) and I sipped on the Saison. Mumford taps only five suds at a time – and it’s not your usual West Coast IPA.

Hank had enough space to run between the industrial tables. There was another 3-year-old kid a few tables over. Hank kept staring at her. “Is she drinking beer?” he finally asked me. “No,” I said. “She’s not a daddy or a mommy.” Again, I wondered, “Should this be happening?” But I’m not complaining.