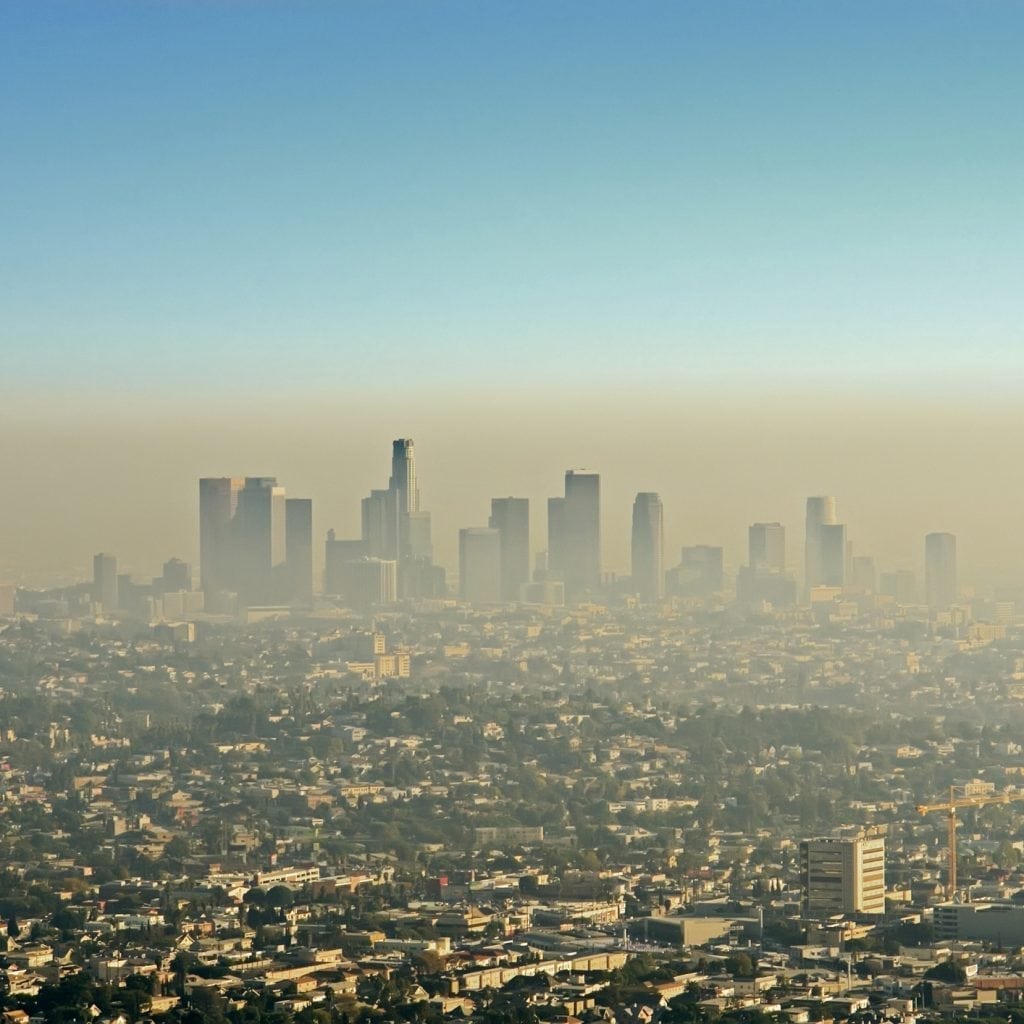 If you need to add to your list of reasons we hate the smog that hangs over every part of our SoCal home, here’s something new: juvenile delinquency. In a study published in December, USC researchers linked exposure to particulate matter in the air to an increase in behaviors such as lying, stealing, skipping school, vandalism and substance abuse.

The researchers weren’t able to compare SoCal teens in highly polluted neighborhoods to teens not exposed to air pollution. “Unfortunately, there actually are not adolescents here who have not been exposed to air pollution,” says lead researcher Diana Younan, postdoctoral research associate at USC’s Keck School of Medicine. Instead, they compared behavior among kids with different levels of exposure to particulate matter in the air, following 682 SoCal 9-year-olds until they turned 18.

The toxic particles that hang in our air are 30 times smaller than the width of a human hair, and are produced by motor vehicles, power plants, industry, wildfire smoke and other sources. The particles can travel through the nasal membrane directly to the frontal lobe of the brain, which governs decision making and impulse control. “It’s getting to the frontal lobe and it’s damaging the brain structure and the neural networks [in kids],” says Younan.

Based on parent reporting of their adolescents’ behavior, Younan estimates that exposure to these particles could be linked to as much as a 22-percent increase in delinquent behavior among tweens and teens. Previous animal studies support this connection between air pollution and bad behavior, but Younan says researchers were surprised at the magnitude of the impact.

Of course, air pollution isn’t the only factor in play in communities where levels of particulate matter in the air are highest. Families there tend to have less income and fewer resources, causing strained parent-child relationships and parental stress and depression that also have an impact.

Air pollution exposure is tough to control, but you can take Younan’s advice and follow the forecasts at www.airnow.gov. Keep windows closed, limit outdoor activity and run the air conditioner in your car on high-smog days, she advises. “Try to have more plants in your house, because the greenery does filter out the air pollution,” Younan says.

Indoors, you can also try to keep family drama to a minimum. “When children are growing up in a stressful family environment,” says Younan, “it makes them more vulnerable to the effects of the air pollution.”