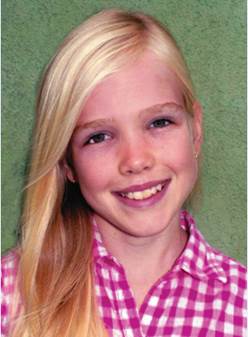 Lila Copeland, 12, from L.A., created the Earth Peace Foundation and has educated 1,500 people about species equality and a clean plant-based food supply. Noah Crouse, 11, from Rancho Santa Margarita, started an organization called Magical Missions, which organizes magic shows in his community. He has raised more than $1,500 for Oklahoma tornado relief. They are two of the nine L.A. area kids chosen to receive the Kohl’s Cares Scholarship for making a positive impact in their local communities.

The other seven additional local scholarship recipients are:

“We commend these bright volunteers for being inspiring examples for others as they have made a difference in their own communities and touched the lives of others through their efforts” said Bevin Bailis, Kohl’s senior vice president, communications and public relations.

Winners of the scholarship are chosen based on initiative, leadership, generosity and project benefits and outcome. Each regional winner qualifies for one of Kohl’s 10 national scholarships. National winners will then receive a total of $10,000 in scholarships, and Kohl’s will make a $1,000 donation to a nonprofit organization on each national winner’s behalf.