Submitted by the American Academy of Pediatrics 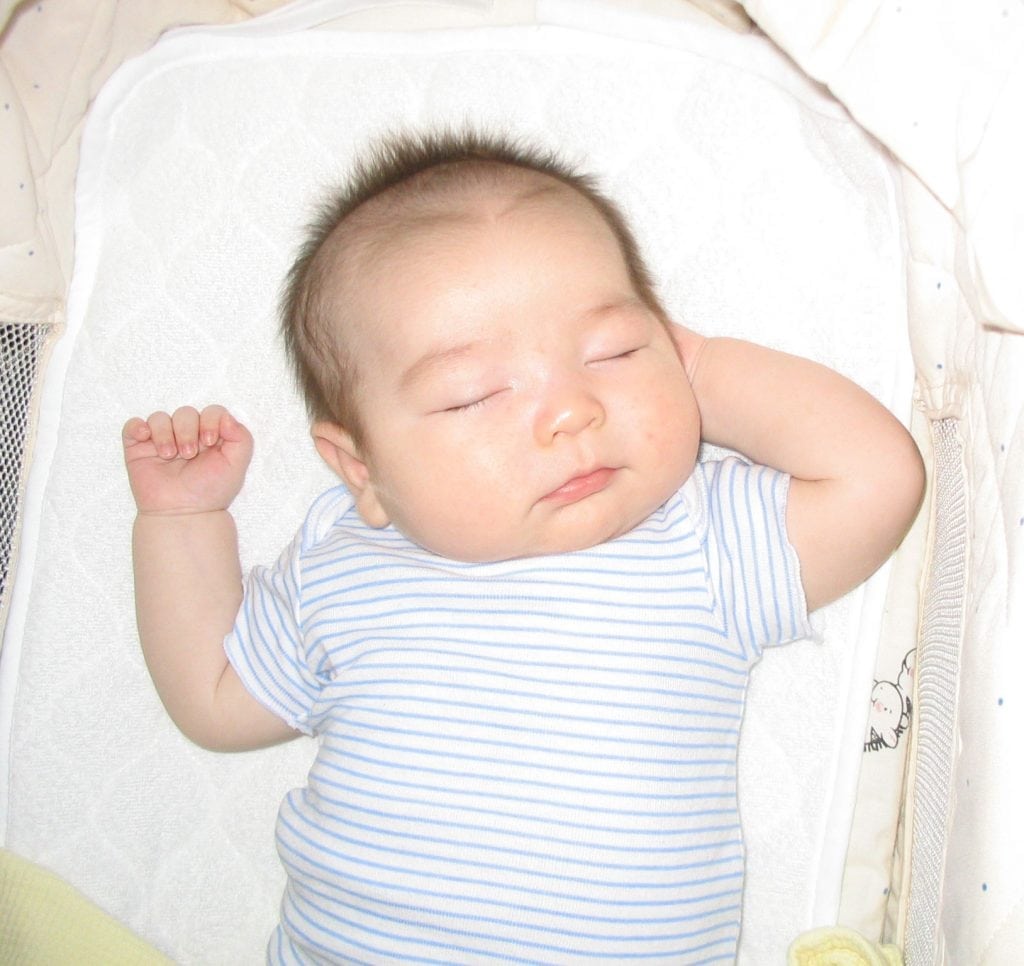 Infants should sleep in the same bedroom as their parents – but on a separate surface, such as a crib or bassinet, and never on a couch, armchair or soft surface – to decrease the risks of sleep-related deaths, according to a new policy statement released by the American Academy of Pediatrics Oct. 24.

“SIDS and Other Sleep-Related Infant Deaths: Updated 2016 Recommendations for a Safe Infant Sleeping Environment,” draws on new research and serves as the first update to Academy policy since 2011.

Recommendations call for infants to share their parents’ bedroom for at least the first six months and, optimally, for the first year of life, based on the latest evidence.

The report includes new evidence that supports skin-to-skin care for newborn infants, addresses the use of bedside and in-bed sleepers and adds to recommendations on how to create a safe sleep environment.

“We know that parents may be overwhelmed with a new baby in the home, and we want to provide them with clear and simple guidance on how and where to put their infant to sleep,” says Rachel Moon, MD, FAAP, lead author of the report. “Parents should never place the baby on a sofa, couch or cushioned chair, either alone or sleeping with another person. We know that these surfaces are extremely hazardous.”

Approximately 3,500 infants die annually in the U.S. from sleep-related deaths, including sudden infant death syndrome (SIDS), ill-defined deaths and accidental suffocation and strangulation. The number of infant deaths initially decreased in the 1990s after a national safe sleep campaign, but has plateaued in recent years.

AAP recommendations on creating a safe sleep environment include:

Breastfeeding is also recommended as adding protection against SIDS. After feeding, the AAP encourages parents to move the baby to his or her separate sleeping space, preferably a crib or bassinet in the parents’ bedroom.

“If you are feeding your baby and think that there’s even the slightest possibility that you may fall asleep, feed your baby on your bed, rather than a sofa or cushioned chair,” says Lori Feldman-Winter, MD, FAAP, member of the Task Force on SIDS and co-author of the report.

“If you do fall asleep, as soon as you wake up be sure to move the baby to his or her own bed,” she says. “There should be no pillows, sheets, blankets or other items that could obstruct the infant’s breathing or cause overheating.”

While infants are at heightened risk for SIDS between the ages 1 month and 4 months, new evidence shows that soft bedding continues to pose hazards to babies who are 4 months and older.

Supervised, awake tummy time is recommended daily to facilitate development.  “We know that we can keep a baby safer without spending a lot of money on home monitoring gadgets but through simple precautionary measures,” says Moon.