What do you do when your kids act up?

Since the first film studios opened in Hollywood more than a century ago, people have flocked to Los Angeles to become movie stars. So it should be no surprise that Southern California is home to a huge number of acting schools for adults and kids alike.

If your child is interested in acting, setting goals will help you sort your options. Are you hoping your child will score a role in a TV commercial, or even a film? Or do you simply want her or him to have a fun experience acting in a play? 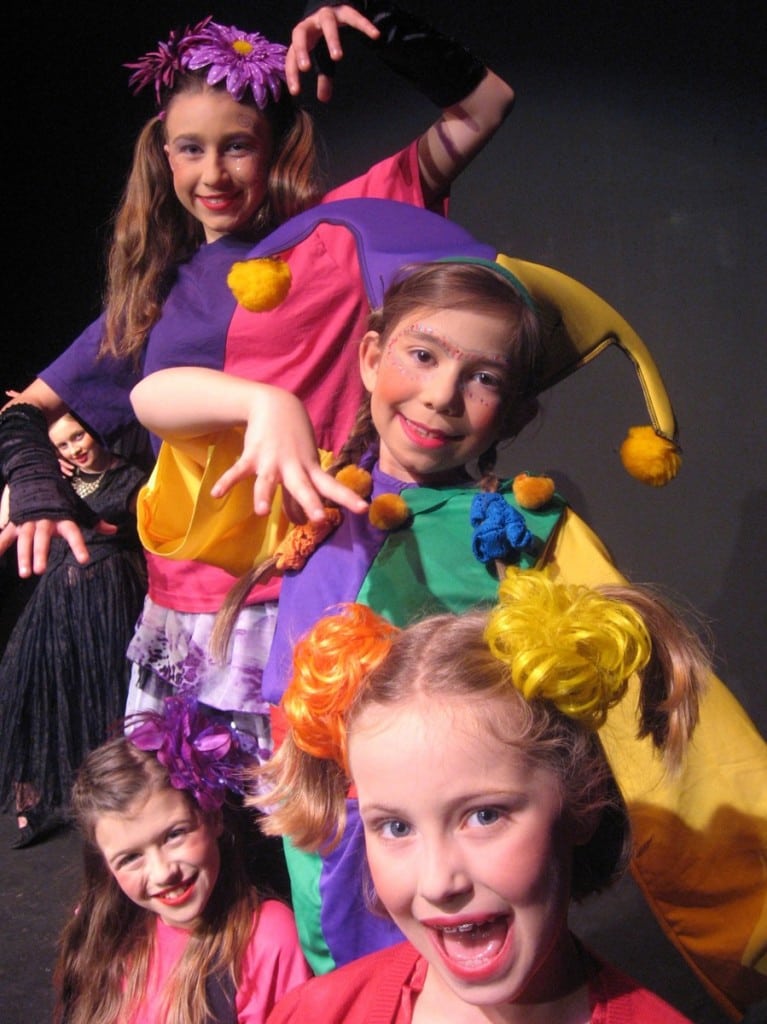 One of the longer-running local acting programs for kids can be found at the Santa Monica Playhouse (1211 4th St.; 310) 394-9779; www.santamonicaplayhouse.com), which started its education conservatory in 1969. The Playhouse offers an impressive range of acting programs for beginners to more seriously minded young thespians at the theater and through educational outreach projects at area schools. Actors such as Zooey Deschanel, Jason Segel and Kate Hudson studied at the Playhouse as children, as did Newark Superintendent of Schools Cami Anderson, who Time Magazine named as one of the world’s most influential people in 2012.

Artistic Directors Evelyn Rudie and Chris DeCarlo want to instill in children a love and appreciation for theater and the arts, and teach them to act. Kids learn about costumes, make-up and props, and help create a play to be performed in class. “All of the members of every class participate directly in the creative process,” Rudie explains, “so that they have ownership in the piece.”

The staff’s acting roots run deep. Rudie was a child actress (in fact, she was the first child actress to be nominated for an Emmy) and Director of Education Serena Dolinsky started taking acting classes at the Playhouse at age 8. Dolinsky says she was greatly influenced by her childhood education at the Playhouse and strongly supports its principles of having kids “discover their own artist’s voice” and have fun learning about the art and craft of theater. 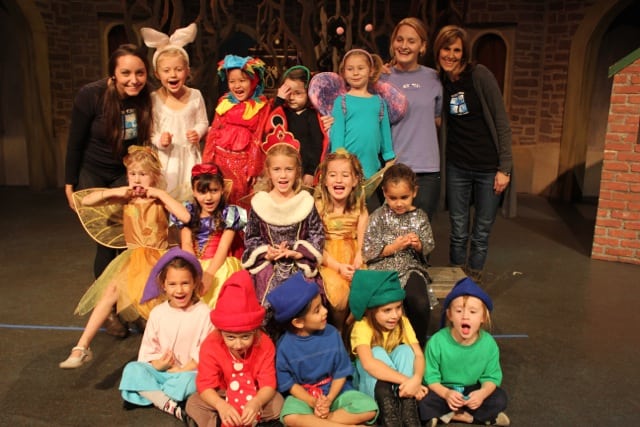 Kids On Stage offers a range of theater classes where kids perform plays such as “Snow White.” PHOTO COURTESY KIDS ON STAGE

Santa Monica-based Kids On Stage (310-314-0035; www.kidsonstage.com) really lives up to its name. The school offers classes in musical theater, dance, comedy and other types of theater for toddlers to teens – all with a focus on getting kids to get up and perform. In June, KOS staged The Lion King with a cast of 4-6-year-olds, and a teen production of Little Shop of Horrors.

Putting on a show, however, is only part of the Kids on Stage curriculum. Besides creating a safe space for kids to develop their acting skills, KOS also strives to help develop their self-expression and sense of collaboration. “Developing a creative mind and learning key skills can have a profound impact beyond the walls of a theater in the outside world,” says KOS president Beth Galanty-Blaney.

Gilles Agniel, whose two daughters have spent several years at Kids On Stage, was impressed with the shows and says the program inspires an unparalleled “depth of joy and confidence” in her daughters, and considers the experience well worth the commute. “I have had no qualms to drive one to two hours from the San Fernando Valley to Santa Monica, often in rush hour, to bring my children to their rehearsals,” Gilles says.

From the Comic to the Classic 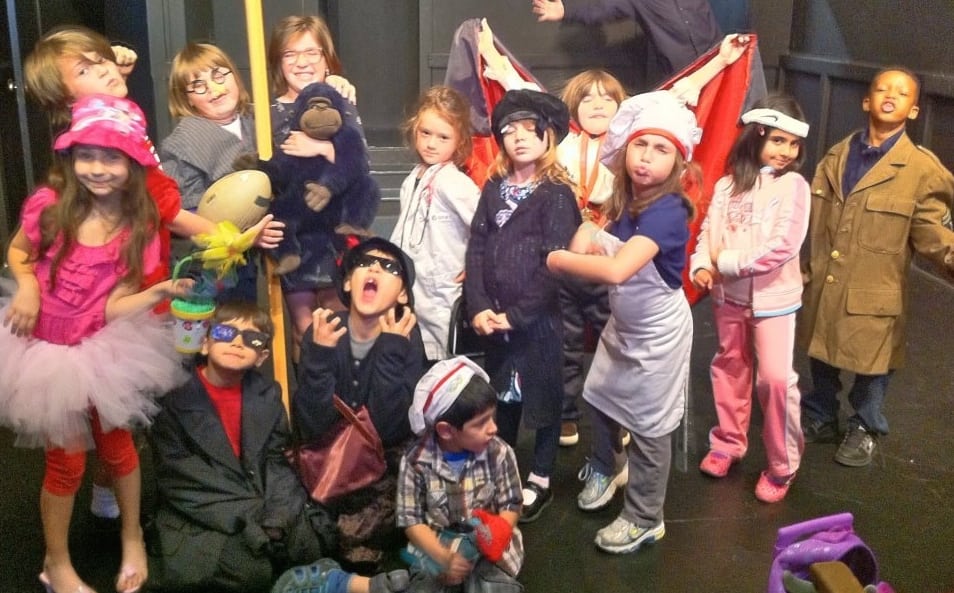 For kids and teachers at Joy Theatre, acting is a laughing matter. PHOTO COURTESY JOY THEATRE

While some acting schools offer a broad curriculum, others are more specialized. Joy Theatre (inside Open Stage West, 14366 Ventura Blvd., 2nd floor, Sherman Oaks; 818-505-9355; www.joytheatre.com) focuses on the funny bone. At Joy, acting is a laughing matter, and kids learn about all kinds of comedy – from stand-up to sketch humor, clowning to improvisation. Professional stunt-people even visit to teach kids how to fall correctly.

Joy Theatre probably is best known for its kids’ comedy showcases. In the Giggle Gaggle show on weekend afternoons, kids ages 4-18 mine laughs using a variety of comedic styles. Detention Span, performed one Saturday per month, has a slightly older cast (12-18-year-olds) but that doesn’t mean the jokes are any more mature. The Sunday Funnies (staged on Sundays, naturally) is an all-ages, improv-based show staged every 10 weeks.

Joy Theatre stage director and LAUSD teacher Doug Kayne says improvisational comedy gets kids thinking on their feet and helps them learn the importance of teamwork. “I’ve found it extremely rewarding to watch children who at first approached the prospect with trepidation now create truly funny characters and scenes on the spot,” he says. And co-founder Janiece Jary has observed how doing improv can empower kids – including those with autism – and get them to come out of their shells. 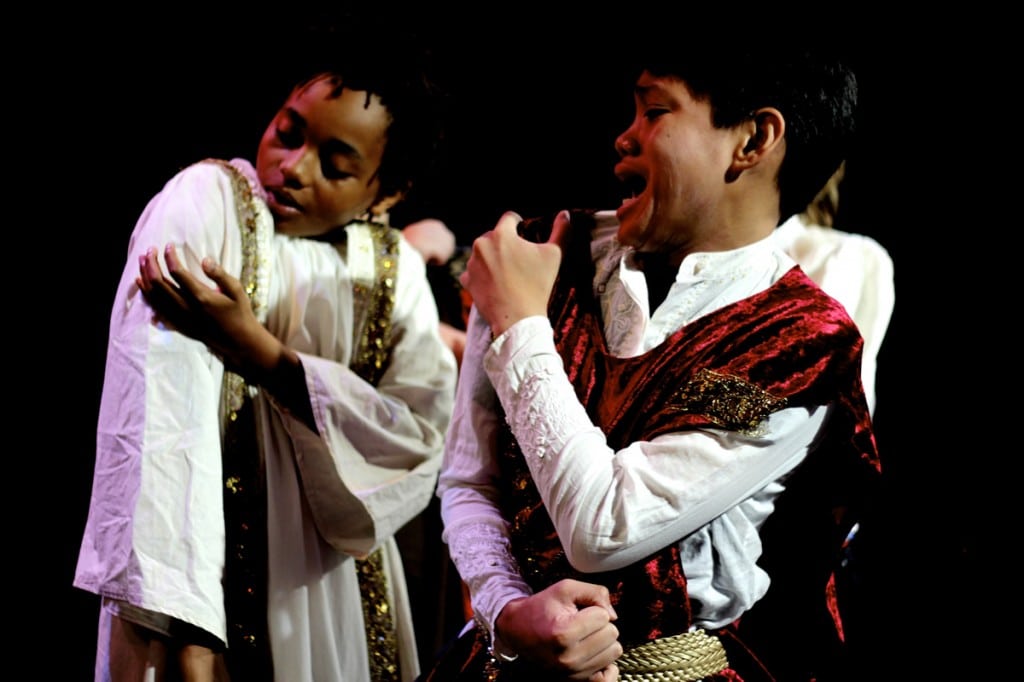 Blaire Bowen, who co-founded LADC 10 years ago, says this group is unlike any other out there – and not because of the troupe’s Shakespeare focus. “We don’t audition. We don’t really believe in that,” she says. “The children who come to us, we find the right role. Theater is for everyone who wants to participate.” The company’s Shakespeare in the City community outreach program lets kids, particularly in the West Adams and Mid-City neighborhoods, create theater in low-cost or free classes.

Monica Jane Perez enrolled her daughter Velouria in LADC and says the program was instrumental in helping Velouria’s stuttering problem. “By nurturing a love for prose and performance and giving her a deeper understanding of the works of Shakespeare,” Perez says, “she has blossomed into a confident speaker.”

Practicing to Be Pros 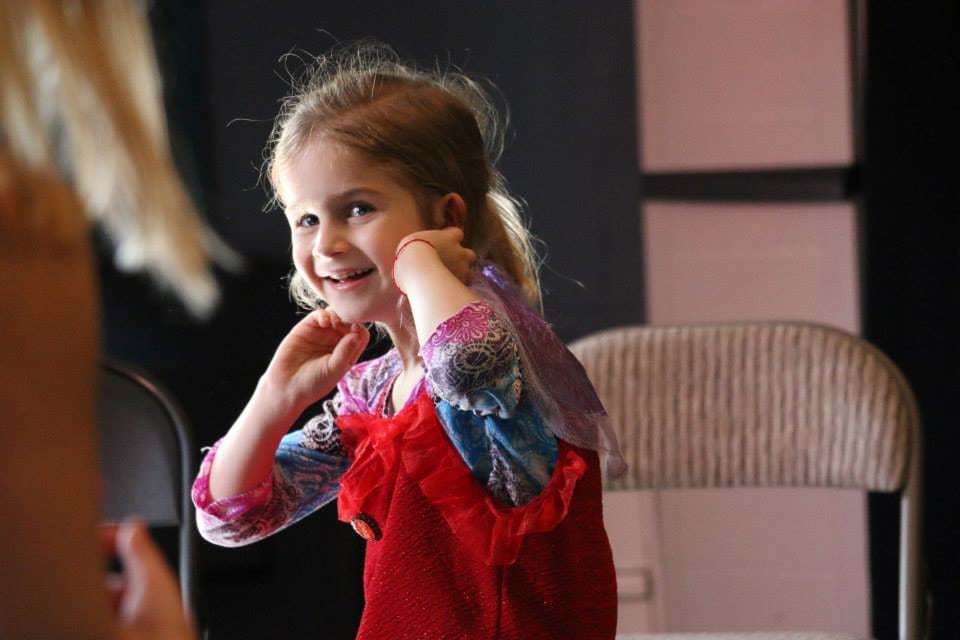 The Young Actors Studio caters more to the professional training side of the kids’ acting school world. PHOTO COURTESY THE YOUNG ACTORS STUDIO

Stanislavski, and not Shakespeare, is at the heart of The Young Actor’s Studio (5215 Lankershim Blvd., L.A.; 310-281-7545; www.youngactorsstudio.com). YAS caters more to the professional training side of the youth theater/acting school world. Even so, its mission isn’t to teach kids the tricks of booking a job but, in the words of founder Jeff Alan-Lee, “to help kids and teens discover what makes them unique and to use this uniqueness in the work to stand out.”

Alan-Lee uses insight gained as a child actor to help his students develop their craft. Shia LaBeouf and Scarlett Johansson studied at YAS as kids. However, the school isn’t trying to crank out movie stars. Alan-Lee says he is equally proud of students who use what they learned at YAS to excel in other pursuits.

“This place has helped me come out of my shell,” says YAS student Jessica Ashley Bravaitii. “I used to be a really shy girl who wouldn’t want to talk to anyone until I got here. Now I am the complete opposite. This place opened my eyes to all the possibility the world has to offer.” 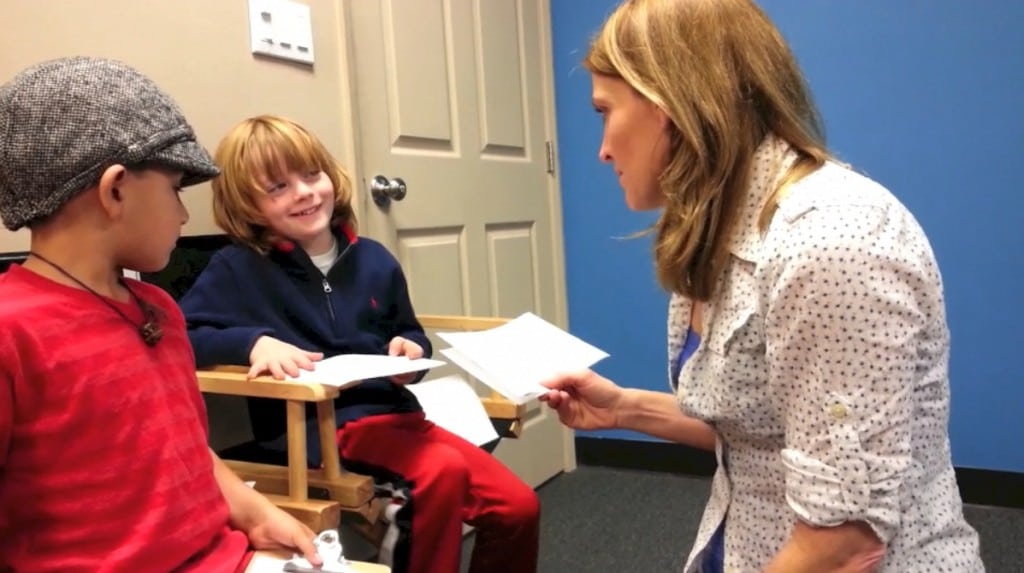 Keep It Real Acting has a recording studio so students can practice auditioning with a camera, and review their work. PHOTO BY BEAU BRIAN

At Keep It Real Acting (4444 Lankershim Blvd., Ste. 203, North Hollywood; 818-901-8606; www.keepitrealacting.com), kids as young as 4 can take a class to work on ways to improve their audition experience. Longtime actress and acting teacher Judy Kain, who started Keep It Real a few years ago, believes her school provides a personal touch while encouraging students’ growth.

Keep It Real has a recording studio so students can practice auditioning with a camera and then review their work. Kain also selects teachers with real-world show business experience to provide kids with realistic expectations for auditions and helpful tips on the process. Instructor Charla Cochran says she tries to create a class environment where students feel safe expressing their true personality “and not be judged or not try to be changed by the instructor or the other students.”

While each of these schools has a slightly different personality and approach to working with young actors, most want to give their students the chance to just be kids. Each child will respond and develop differently, and stepping back and giving them room to be creative will help them “act up” in style.