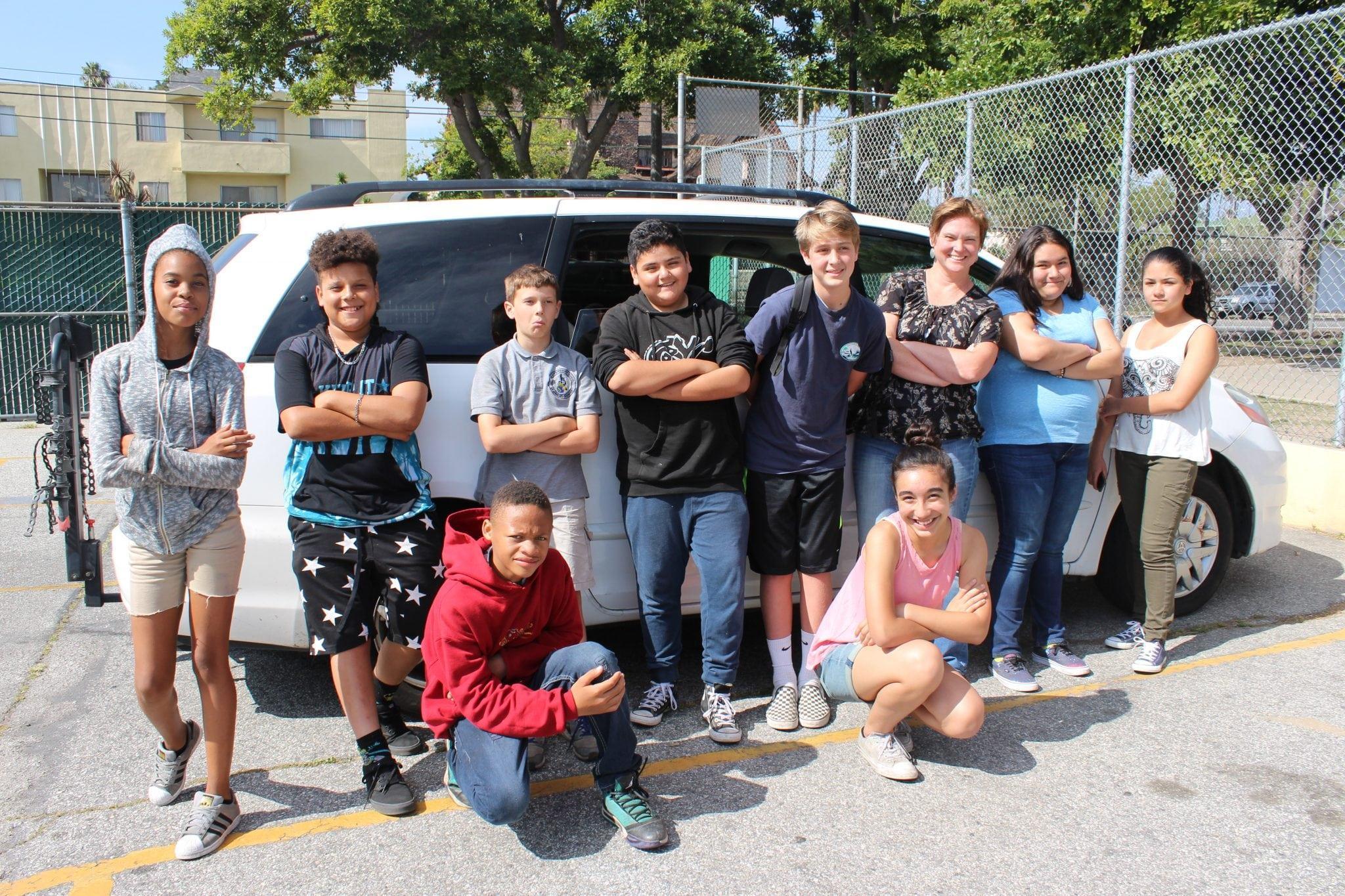 You open the report card and there among the As and Bs is a big fat C in math. If only, you think, we’d spent more time this year with flash cards or graphing calculators.

But hold off before you cancel adventure camp and sign up for Kumon. Because when it comes to assessing your child’s school year, grades are just a starting point. In fact, an obsession with grades can bury creativity and blunt the enthusiasm a budding learner needs.

Los Angeles school board member Monica Ratliff knows firsthand how deflating such singular scrutiny of report cards can be. “My parents were very focused on grades,” she says. “I would think, ‘I did a good job. Why do you only notice the [one bad] grade in PE?’”

Ratliff, who taught third, fourth and fifth graders for 11 years before being elected to the school board in 2013, suggests an end-of-the-year reflection that goes beyond the As and the Bs and looks holistically. “The year is over. There’s nothing the child can do to change it,” she says. “Think in terms other than ‘good’ and ‘bad.’ Ask them ‘What did you enjoy, what did you do well in, where did you have challenges? What, for next year, would you like to work on more?’ Don’t turn it into a judgmental experience. It’s really important the child doesn’t feel like a failure.”

High expectations are great, but unreasonable notions of perfection can cloud a parent’s assessment of end-of-the-year gains. West Hills teacher Janis Flavin understands the impulse. She was a pushy “hovering, helicopter parent” when her three now-grown children were small – and remembers their principal’s admonition to parents at back-to-school night: “Let them fail now when the consequences aren’t as serious.”

In class, she offers that same advice to overwrought parents like the mother who freaked out because her fourth-grader didn’t ace a math test. “She was a great student, sweet kid, who usually got 100 percent,” Flavin says. “When she got 85 percent on one math test, her mother was so upset. ‘What can she do? How can she improve? I’m afraid it’s going to hurt her self-esteem!’” 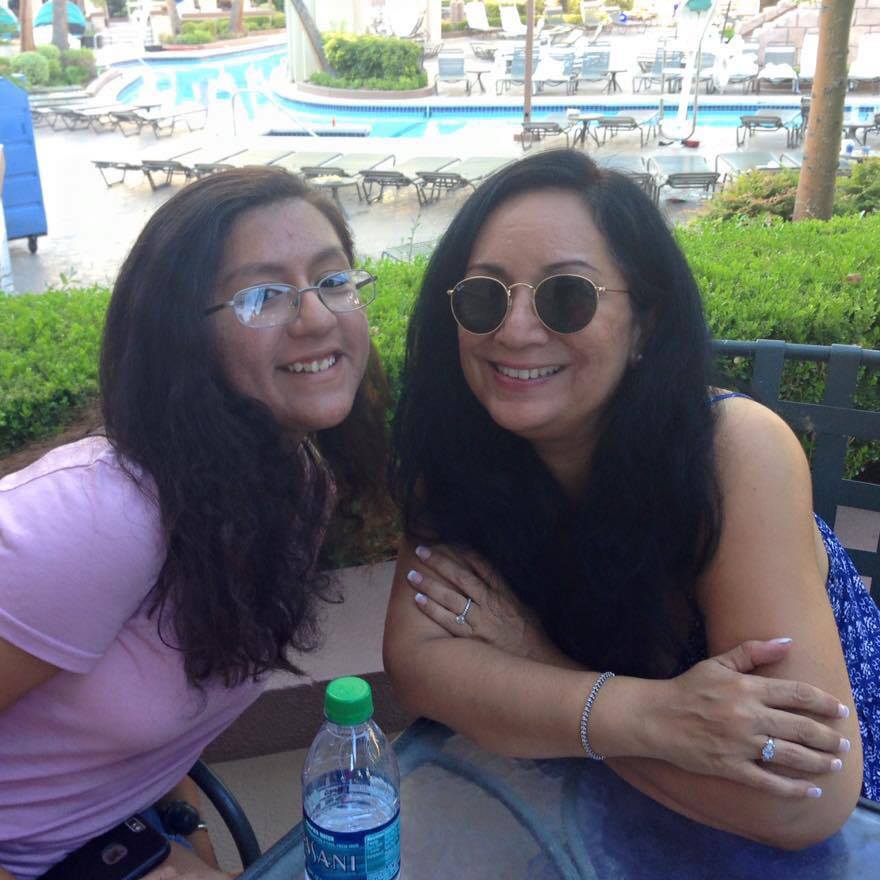 But it’s not the less-than-perfect grade, it’s the parent’s reaction that can affect self-esteem. “Kids need to learn they won’t always get 100 percent,” says Flavin, who has taught every grade in her 19 years at Pomelo Drive Elementary.

Perfection is not the proper measure of success. We need to celebrate our children’s capacity to learn, not just catalogue their accomplishments. The year-end appraisal is an opportunity to foster what educators call a “growth mindset” – an understanding that intelligence is not a fixed attribute, but something that’s developed through effort and over time.

Decades of research suggest that children with a growth mindset wind up outperforming peers who rely on being smart. Praising your children for how capable – not how brilliant – they are frees them to take risks and focus on learning, not on racking up accolades. That learning process might include stumbles, but struggle can be a powerful teacher.

Debbie Cortez Lopez thought eighth grade was her daughter’s “bad” year. “English was her favorite subject but she couldn’t stand the class,” Lopez says, because of a miserable mismatch between student and teacher.

Lopez resisted the urge to ride to the rescue, and says her daughter didn’t suffer for that. The year became a test of her resilience, endurance and passion for the subject. Now she’s finishing her freshman year, still loves English, still loves to write and is doing well at competitive Granada Hills Charter High. That “bad” year taught her not to waste an opportunity to learn.

Of course it can be hard to see the upside of struggle when you’re in the thick of things. And it can be just as hard to notice social and emotional growth if grades are all you see. Widen the lens and you might recognize new friendships, blossoming interests and budding independence taking root.

Lopez remembers the year her daughter’s second-grade teacher talked about art and let the children paint in class. “All of a sudden that summer, she wanted to go to the art museum all the time,” she says. The activity didn’t merit a report card A, but it opened the door to an interest in art, a hunger to know more and a passel of new experiences. And that, for an elementary student, is more important than a string of perfect grades.

So what does make for a good school year? How do you measure the one that’s ending and prepare for the next?

I put those questions to a dozen parents, teachers and counselors, and they agreed on the basic markers of success:

A sense of competence is what you’re trying to assess, and that’s a work in progress.

“I like it when they can get all the top grades, and their test scores look good,” acknowledges Cushon Bell, a former teacher and Altadena mother of three boys. “Grades matter. They’re not unimportant, but they’re not everything.”

Bell studies her children’s grades and test scores to see if they match up with what she knows about them. (Is a voracious reader posting poor reading marks? Is a kid who hates to sit still having trouble in PE?) But she also pays close attention to how her kids feel. “You look at their spirit or disposition at the end of the year,” she says. “Are they happy and not burned out, are they ready for the year to end, will they miss their teacher and their friends?”

Concrete milestones are easy to track. It’s not so simple to measure intangibles such as maturity or creativity. “Sometimes I think we push so much with the academics, especially with younger kids, we’re neglecting the social growth,” veteran teacher Flavin says.

Flavin taught a first-grade class this year. “It was my responsibility,” she says, “to see that they were reading by the end of the year.” It was also her job to help parents learn when to lean in and when to loosen the reins.

When the school year began, parents dutifully packed their children’s backpacks and trooped into her classroom each morning to help them unpack. Students got so accustomed to that, they’d explain a missing assignment with, “My dad didn’t put it in my backpack.” Most parents weaned themselves as the year went on. “But some parents still want to come in and start unloading the backpack,” Flavin says. “They miss seeing how far their child has come in being independent.” 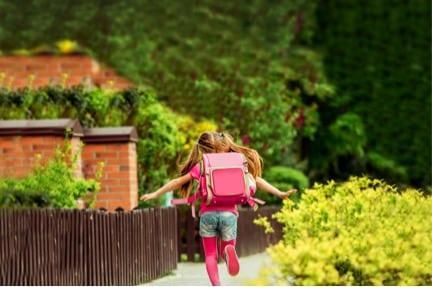 What to Do This Summer

Summer can be a good time to focus on independence, with play dates, book clubs, camps that introduce new friends and reflect creative interests such as art, music, sports and drama. Anything but workbooks all summer.

“They need to read, no doubt about that,” Flavin says. “But beyond that, let them go the beach, hang out with family, enjoy a vacation. Some kids put so much pressure on themselves you have to make some time that’s just for fun.”

We forget that school can be taxing for even the best students – as demanding of them as our jobs are of us. “It’s not just the academics, it’s the social experience,” says board member Ratliff. “You’re spending all this time with people you have no control over. It’s a lot of work for kids to go to school. These breaks are really necessary for them.”

So don’t let a report card turn into a to-do list. Find something to celebrate about the year for every child. Use summer to relax, reconsider, recharge.

Anna Parks has three children finishing the year at three different magnet schools in South Los Angeles. Her second-grader worked out a thorny social problem involving a classmate who was being mean to her. Her middle-schooler learned through long, late nights the value of planning ahead for projects. And her fourth-grader mastered a mathematics milestone with the sort of ingenuity a report card can’t capture.

He’d struggled all year with his multiplication tables. His older brother “had just kind of blinked and knew them at that age,” Parks recalls. The little brother laid out his flash cards on the floor and made a running game of multiplication drills. “Every night he did it,” she says, “until he knew the answer to every problem.”

Parks was glad her younger boy knew the times tables by the end of the year. “But I’m more glad that he saw that by working at it he could get it done,” she says. She’s the kind of mother who volunteers at her kids’ schools, keeps track of how much they read, plays audio books in the car and is always on the lookout for things that spark their creativity. “But mostly,” she says, “I think I pay attention to my kids’ capacity to struggle through something. If they have some good friendships and they work to overcome a couple of big challenges, then I tend to call that a good year.”

Sandy Banks is a former Los Angeles Times columnist, editorial writer and education editor, who has been covering local schools and statewide issues since 1989.  She’s also the mother of three grown daughters, who attended public and private schools in Los Angeles. She was recently named a Senior Fellow at the USC Annenberg Center on Communication Leadership and Policy.