“Life With a Superhero: Raising Michael Who Has Down Syndrome” tells a family’s story with bravery and heart. 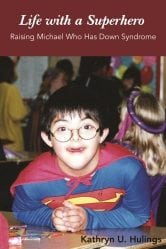 Michael Hulings’ story is a remarkable one, right from the beginning.

In a small Israeli town more than 20 years ago, a mother gave up her newborn baby when she discovered he had Down syndrome. She told family and friends that the baby had died, but her misfortune became another family’s blessing.

The baby, whose name today is Michael, found a family in Ft. Collins, Colorado who truly loved him. And the woman who became his mother, Kathryn U. Hulings, tells his story in “Life with a Superhero: Raising Michael Who Has Down Syndrome” (UNT Press, $29.95).

Chock full of heartfelt and hilarious anecdotes about the day-to-day antics in the Hulings household – which also includes Hulings’ husband Jim and four biological children – the book follows Hulings’ journey of raising a son with Down syndrome from infancy through young adulthood. This includes Michael’s escapades on foot and the many times he went missing – as a toddler escaping the synagogue grounds and making a mad dash toward the busy street, through his teen years when he would just get up and go anywhere in the wee hours of the morning. 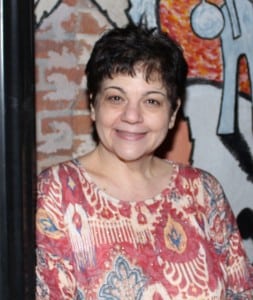 Hulings is funny, irreverent and drops an occasional four-letter word, but she writes with honesty and bravery. And each memory or milestone she recounts, whether about Michael on the loose or Michael in love, leaves the reader nervous and anxious, breathing a sigh of relief or cheering out loud. She describes her family’s compassion and love for each other, how they tackled school policies and community embarrassment, puberty and heartache. She also shares a few out-of-the-box parenting techniques that will motivate readers to grab a pen and take notes.

Whether or not you have a child with special needs, you will find “Life with a Superhero” engaging, inspiring and uplifting. Michael’s an extraordinary kid with an extraordinary story – and a family to match.