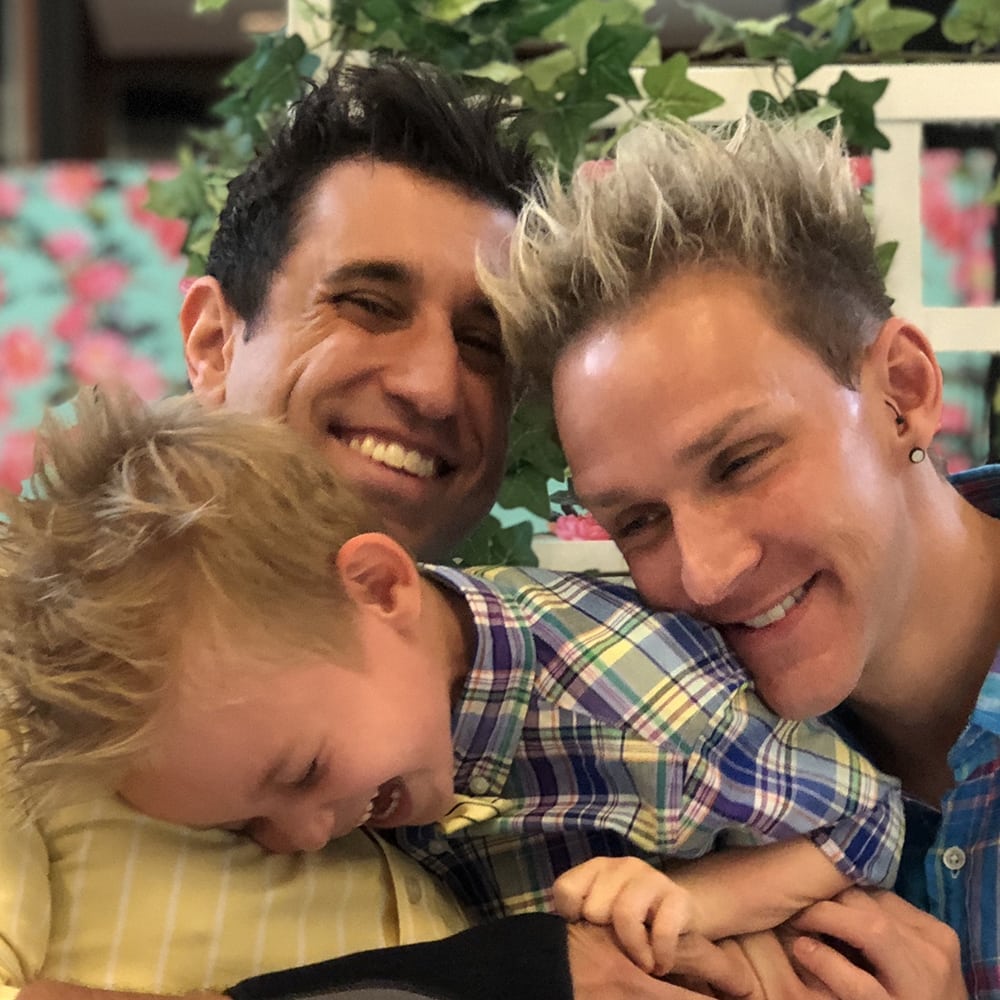 The next time your kids watch Amazon’s “The Stinky & Dirty Show,” Netflix’s “Dinotrux” or Warner Bros. Animation’s “Be Cool, Scooby- Doo!,” take note of the whimsical music that syncs perfectly with the characters and plots. Film composer Jake Monaco is the artist behind this music, and he has a knack for producing unique tunes from his signature collection of custom instruments, including a percussion table made from pots and pans.

Unearthing his style as a film composer didn’t happen for Monaco overnight. He taught himself to play guitar, wrote songs and played in bands in high school, college and beyond. Despite this early start, he struggled to find inspiration for songwriting. Then, while enrolled in USC’s screen-scoring program, he began understanding the connection between music and film – how each medium impacts the other.

Just before graduating, Monaco met film composer Christophe Beck, who hired him as his assistant. Monaco worked with Beck for several years on scores of films, including “Frozen,” “The Hangover” trilogy, “The Muppets” and “Waiting for Superman.” In 2014, Monaco scored the music for “Dinotrux,” which features hybrid dinosaur-construction vehicles and hybrid reptile tools. After the success of “Dinotrux,” he was hired to score “Be Cool, Scooby-Doo!” and “The Stinky & Dirty Show.”

Although scoring children’s shows wasn’t an intentional path, Monaco says it’s a perfect fit. He and his husband, Ryland Thomas Dodge IV, are dads to 4-year-old Tommy, who has a profound impact on his musical father’s creativity.

Where do you get your inspiration for the music?

Tommy makes up little songs and sings to himself. Sometimes he will have a little rhythm or catchy thing that he starts singing, and I’ll jump in. There have been a few times where I have taken a little nugget of that and put it into a character theme.

Let’s talk about your unique instruments, such as the cigar box violin. 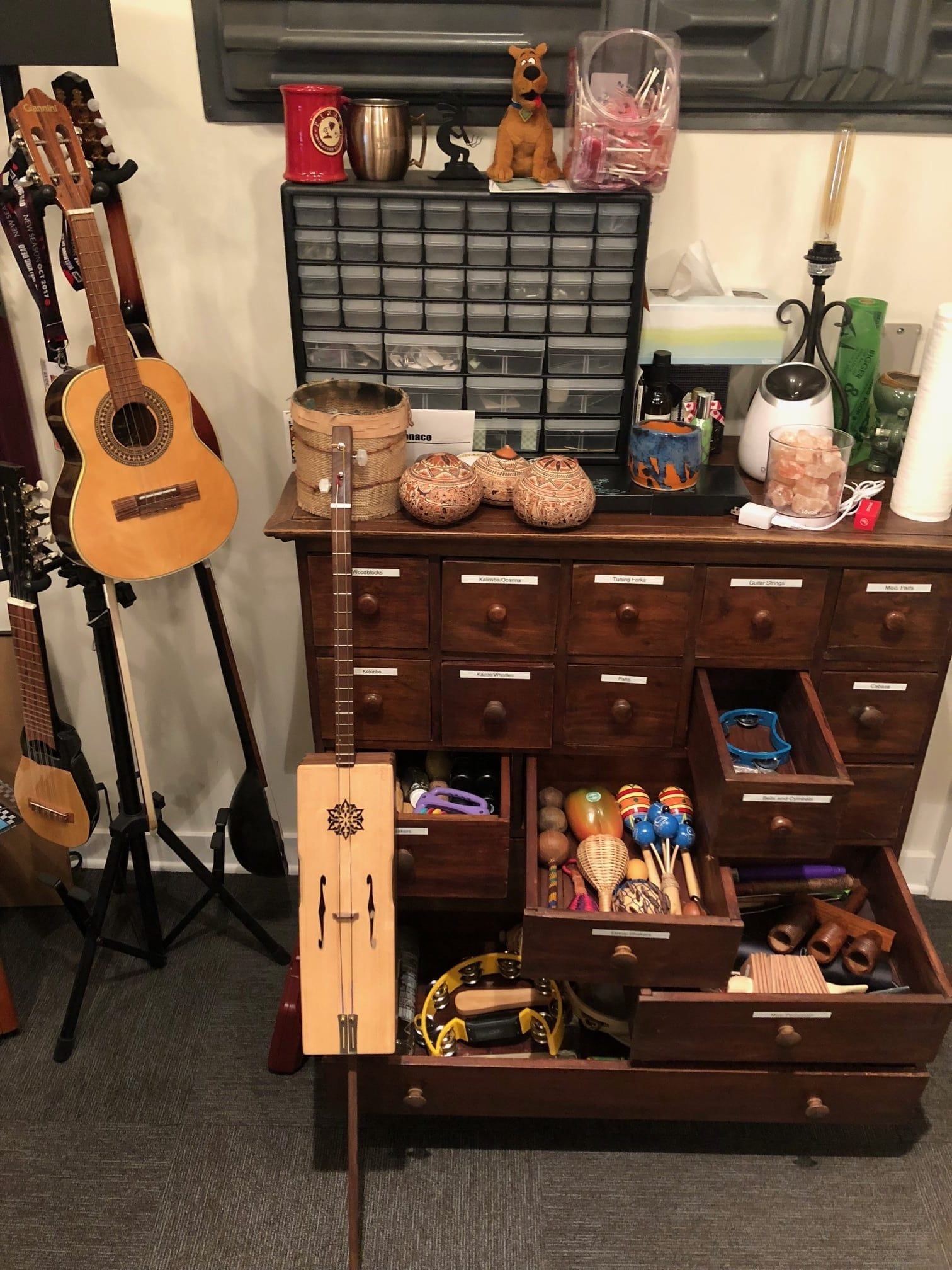 I always try to incorporate something sonically unique within each project. I had met this guy who was building a cigar box ukulele and banjo for me. I proposed to him: “What if we made a violin type of instrument, but we put some frets on there?” I asked him to put steel strings on as opposed to normal violin strings. So, he built it, and it has a slightly different, unique sound that I mainly use for strumming.

The hubcap banjo is an old hubcap that has a piece of wood threaded through it, which acts as the neck of the banjo. A screw is used as the bridge. With some fancy adjustments, it actually stays in tune pretty well!

What was the process for composing music for “The Stinky & Dirty Show,” “Dinotrux” and “Be Cool, Scooby-Doo!”?

Once I get an episode, I watch the entire thing. I go through and pick out where music should come in and go out. It’s intuitive. The characters are coming up with an idea, [so] let’s bring something in there. Then Stinky and Dirty have their fail moments and we kind of come down. Also, what is the story arc internally in each piece of music and for the entire episode? “Dinotrux” is scored much more cinematically than “Stinky and Dirty.” “Be Cool, Scooby-Doo!” is kind of a cross between the two shows.

How does music help shape a story?

A lot of the time, it’s more about being inside a character’s head and supporting what they are thinking or what they are experiencing. So, you’re trying to have the audience sympathize with the character. If they’re very excited about something, you’re able to support that emotion. Supporting the emotion, and in turn supporting the story, helps convey that to the kids.

How does music enhance learning?

It clues kids in as to what the pattern is and how these things play into what they’re watching. One of my favorite episodes is called “The Waiting Game.” Stinky and Dirty were waiting in the garage to get out and were going to count from 1 to 100. It turned into this playful back-and-forth dance. Every six or eight numbers, they change the way they say it or how they do it. Hidden within these fun parts, kids are learning how to count from 1 to 100.

What are some ways that families can integrate music into their daily lives?

Every morning at breakfast, our utensils become drumsticks. Typically, music is playing in the background. Find common ground in terms of listening to songs on the radio or Spotify or whatever it is. We end up gravitating towards the Beatles or songs from that era. You don’t need to be able to sing to contribute to the music that is around you. In the car, we’re clapping or singing along. Let things evolve.

Find more about Monaco at jakemonaco.com.