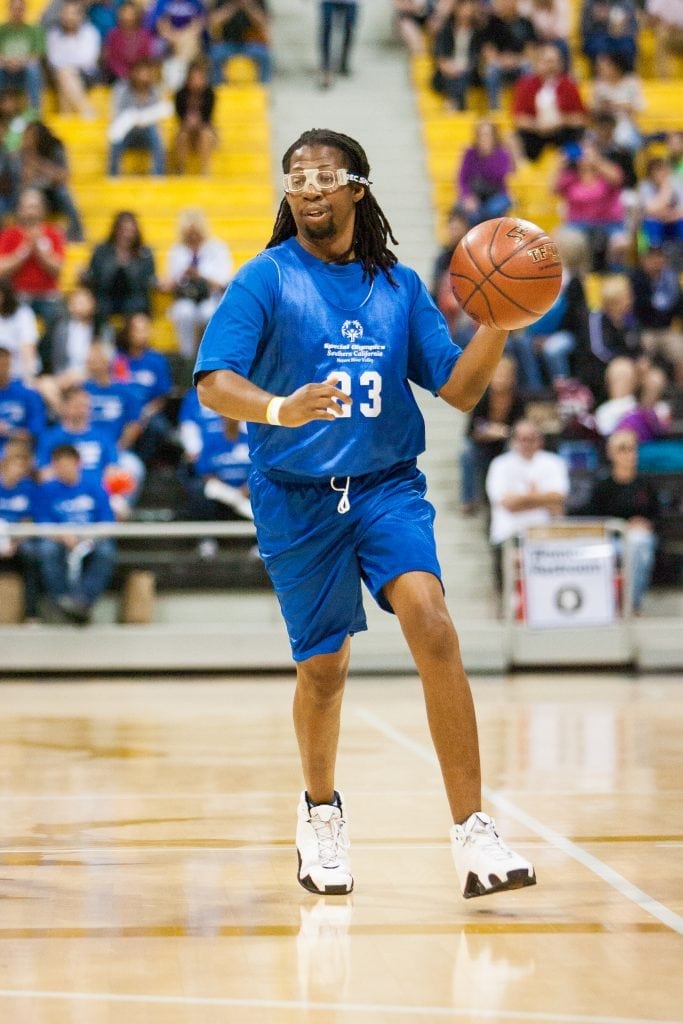 “One of our great champions, Assemblymember Jim Frazier from Oakley, California, has been a longtime volunteer coach with our sister division up north,” says Special Olympics Southern California President/CEO Bill Shumard. “He pushed the legislation through.”

There is no limit to how much individuals can donate, and the process is simple.

When you’re getting your California income tax form ready to submit, you’ll find the contributions section on Side 4 of Form 540 or Side 3 of Form 540-2EZ. Just enter the amount of your donation to the Special Olympics Fund in the box on Line 434. That amount will go to Special Olympics – and it is tax deductible when you do your 2017 taxes.

Donations will be broken out by ZIP code, so money donated in Southern California will benefit athletes here. Shumard says they are conservatively estimating that Special Olympics Southern California will receive $125,000, but because this is the organization’s first year there is no way to tell for sure. “We’re hopeful for some good news,” he says. 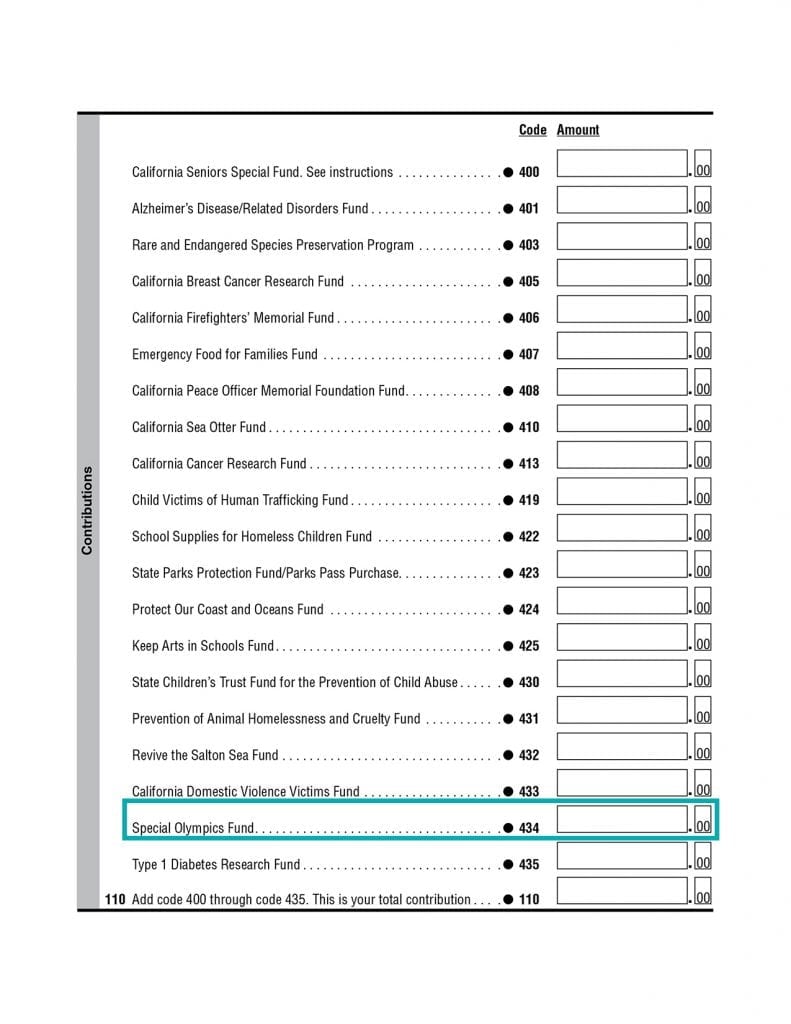 According to Shumard, Special Olympics Southern California needs to raise $20 million in the coming year to serve an estimated 28,500 athletes. Expenses for each athlete can total $500 per year, and the number of participating athletes continues to grow. Eighty-nine cents of every dollar donated to Special Olympics goes directly to program costs, according to the organization. Here’s an idea of what a donation can fund:

Shumard calls Special Olympics, which is the world’s largest sports organization and will soon celebrate its 50th anniversary, a “real game changer” for people around the world with intellectual disabilities. “We serve athletes from 8 to 80,” he says. “Our hope is to change their lives for the rest of their lives.” He adds, however, that the volunteers who pitch in to support these athletes often have their lives changed as well.

New donations through the California income tax form will mean opportunities for more athletes and more volunteers. “We have several different revenue streams,” Shumard says. “This is a new one we’re really excited about.”