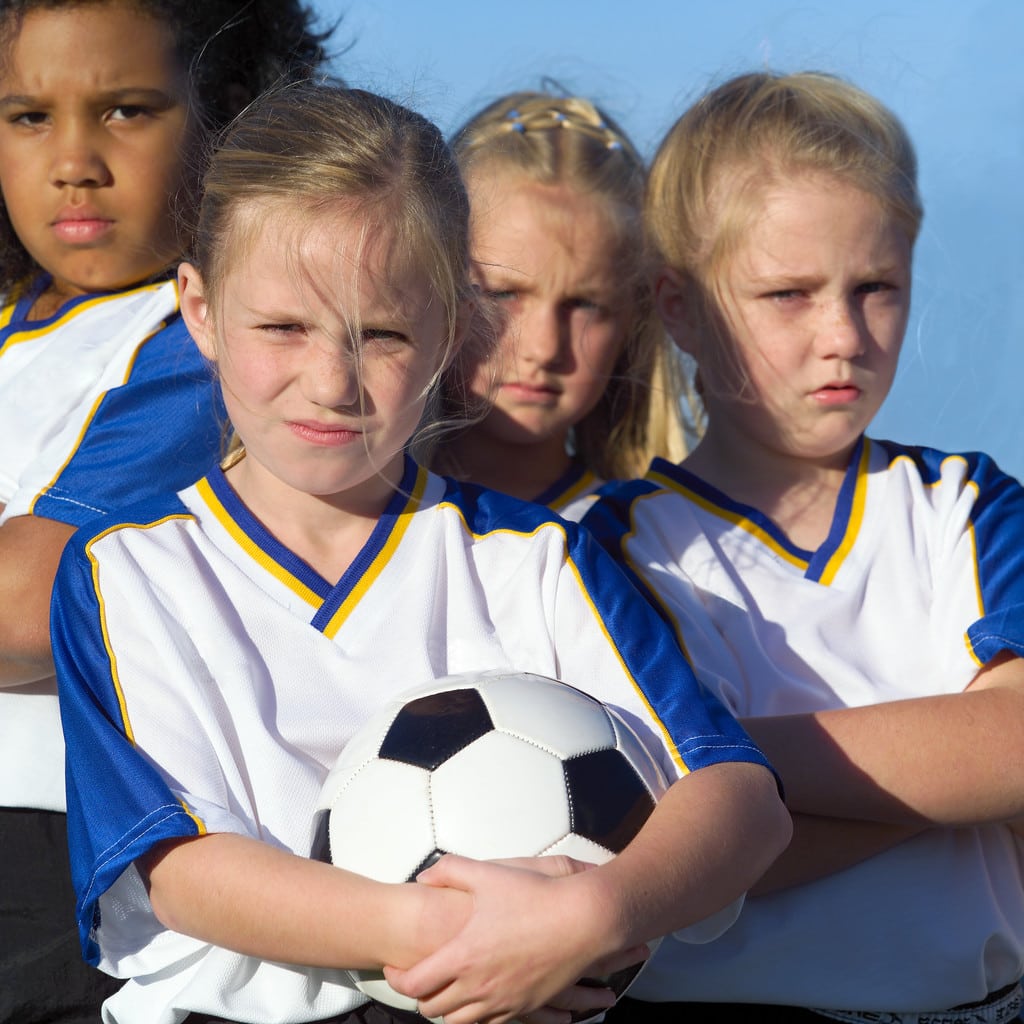 ACL injuries in girls don’t happen quietly, and usually don’t involve impact. A girl will be dribbling the ball down the soccer field, pivot to avoid an opposing player, then collapse dramatically, often accompanied by an audible “pop.” “You’re going to see it. Oftentimes you’re going to hear it,” says Gregory Adamson, M.D., an orthopedic surgeon specializing in sports medicine at Huntington Memorial Hospital in Pasadena.

The ACL (anterior cruciate ligament) helps stabilize the knee joint when an athlete jumps, pivots or slows from a run. Do these things correctly and the ACL will be just fine. But as they grow, girls’ bodies go through changes that make them more susceptible to ACL injury than boys are. Girls’ quadriceps muscles (on the front of the leg) become stronger than the hamstrings (on the back), and this unevenness stresses the knee. Girls also tend to collapse into a knock-kneed position when they land and cut, rotating the leg in a way that makes the knee vulnerable. In high school and college, female athletes have two to six times higher injury rates than male athletes in similar sports, according to the American Academy of Pediatrics, which released a report in May recommending ACL injury-prevention training for young athletes, especially girls.

If your tween athlete is going through “that arms-and-legs growth” that comes around age 12, it’s time to think about extra training, says Adamson.

While a weekend-warrior adult can often deal with an injured ACL by curtailing sports participation or wearing a brace, a teen athlete is more likely to need ACL reconstruction so she can get back in the game. “If you can’t hold that kid down, which is the usual, you’re looking at surgery,” Adamson says. In addition, half of patients with an ACL injury will develop osteoarthritis in the knee in 10 to 20 years, says the AAP.

Avoiding that risk, plus the pain and cost of surgery, missed school and nine months on the sidelines during recovery, is well worth an ounce of prevention.