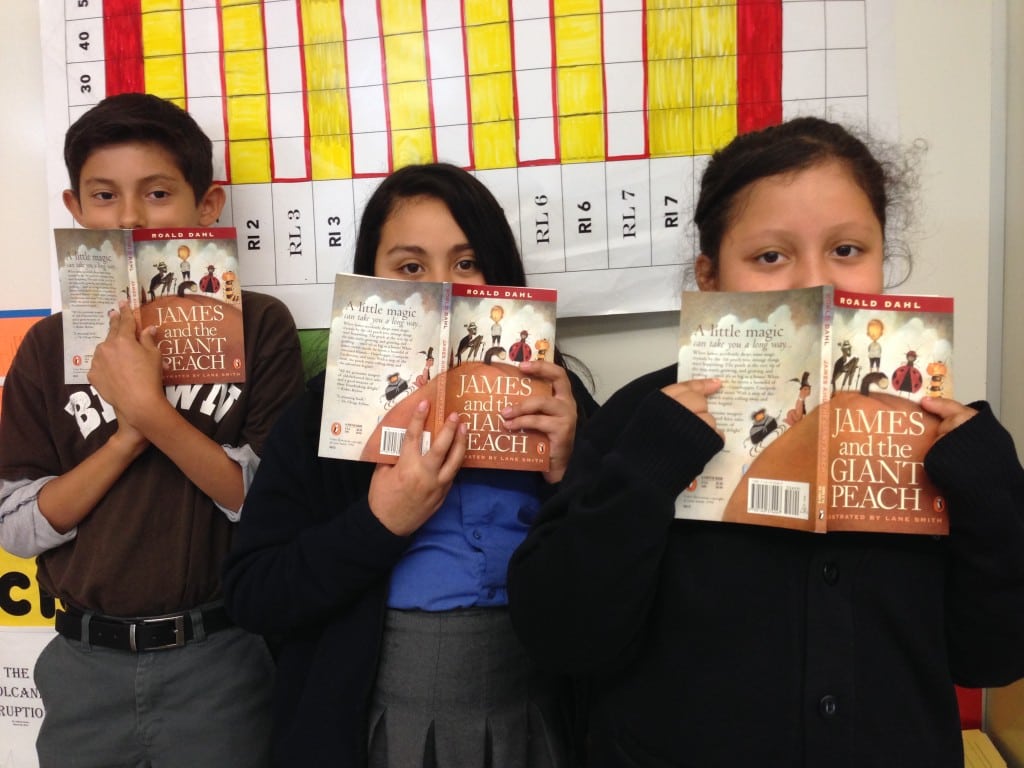 For almost 10 years, Kitty Felde hosted “Talk of the City” on local public radio station KPCC. Part of the fun was attending the L.A. Times Festival of Books and meeting listeners at the KPCC table. Parents would bring their kids with them, and the kids would say they also listened to the station.

Felde’s response: “You do not.”

But the kids would always insist, “We have to. We’re in Mom’s carpool.” In 2000, thinking this didn’t seem quite fair, Felde decided to give them something to listen to and devoted one segment per month of her show to books for these kids.

She has a soft spot for middle-grade kids. “I just find them my favorite people,” she says. “They’re at the age where they can put very sophisticated thoughts together, and they’re not distracted too much by hormones.” She designed a simple format where she chose a book, invited the author to read an excerpt, and had some local kids talk with her about it. She also did live book club events at the Festival of Books, and, for a while, on cable channel LA36.

In 2009, KPCC sent the award-winning journalist off to be chief of its Washington, D.C., bureau, and she had to put the show on hold. But the station closed the bureau in January, and Book Club for Kids is back – as a podcast!

Felde kicked things off with a call to a public library and a middle school in Southwest D.C., where she now lives. And for the fourth episode, she headed to Equitas Academy 2 Middle School in downtown L.A. for an episode featuring Roald Dahl’s James and the Giant Peach. She will be taping upcoming episodes at locations across the U.S., and be back in SoCal in December for a taping at Sequoyah Middle School in Newbury Park. Book suggestions come from the teachers, librarians and book stores she works with, and from the kids themselves. Find the podcast at www.bookclubforkids.org.

“There is so little for this age group in the podcast world,” Felde says of her choice of format. And the books for this age group have evolved along with the technology. “It’s much less Anne of Green Gables and much more dealing with real-life issues,” says Felde. An upcoming episode will feature Chains, by Laurie Halse Anderson, about a 13-year-old slave girl fighting for her freedom during the American Revolution.

A favorite of Felde’s for Halloween season is Skellig, by David Almond, in which a 10-year-old boy and his family move into a decrepit house and the boy encounters a strange creature living in the garage.

Kids everywhere can offer their own book suggestions as well. At the end of each Book Club episode, Felde asks listeners to record their suggestions – or questions for authors – via the voice memo app on a smartphone, and email them to bookclubforkidspodcast@gmail.com. Some will be aired on the podcast! “I’m looking for genuineness, I’m looking for passion,” Felde says. “If you get a kid who really cares about a book, that’s gold.”