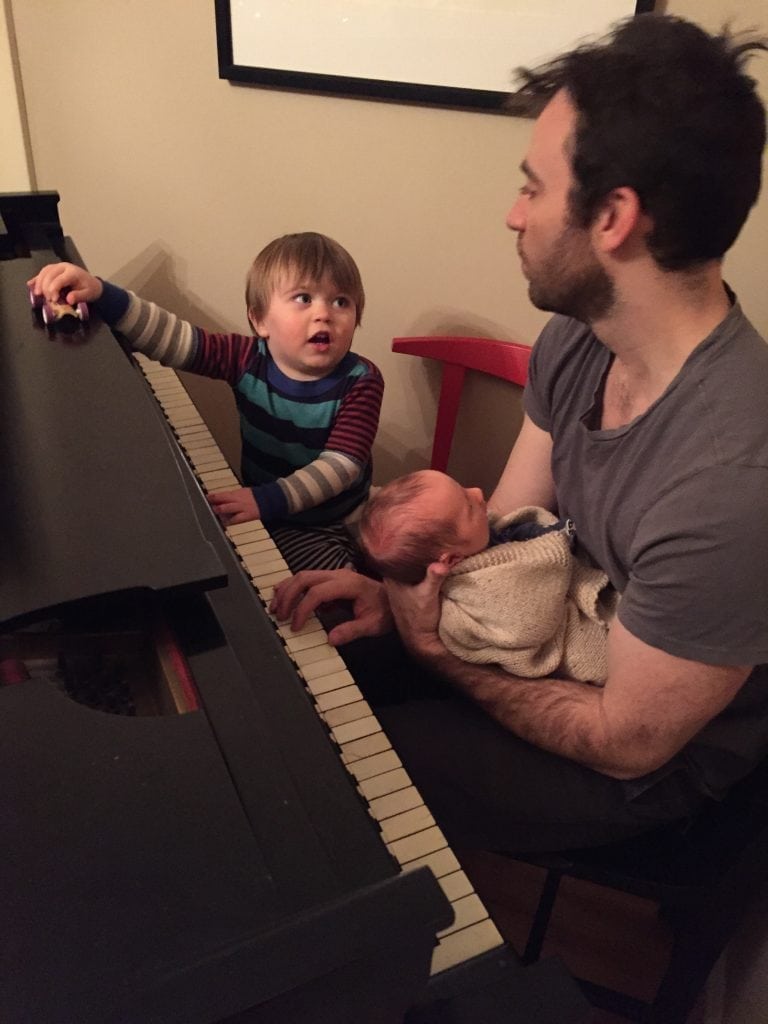 Father’s Day. When is that? Oh yeah, in June. Papas, pops, padres, daddies, daddios and plain old dads don’t get a holiday with the same play as Mother’s Day – or even the Feast of St. Joseph. (That’s a Catholic holiday in March honoring Jesus’ more-terrestrial father.)

This talk of Jesus and his dads reminds me how many ways the term “dad” can be interpreted. And this reminds me of an even more elusive term: “millennial.” I despise that term! It’s just a lazy word for anyone young with an ironic smirk. Yet “Millennial Dad” happens to be the title of this column and it occurs to me that it’s my mission to describe what it’s like to be born during the Reagan years and married and starting a family under Obama.

Opinions about my generation are mixed. On the one hand, articles from “The Guardian” and CNN posit that millennial dads “share parenting duties 50/50” and are happier because of it. On the other hand, recent articles in the New York Times and L.A. Times suggest that millennial fathers are “hypocrites” who revert to past generations’ behavior, going off to work and leaving Mom to slave away with the meatloaf.

I assure you, they are all wrong. We are simply dads who happen to have been born into an informational and technological tsunami.

So, back to Father’s Day. My father was born during the tail end of the Baby Boomer generation. He grew up, like me, primarily on L.A.’s west side and has lived through the city’s many evolutions. His father, a native New Yorker and character actor, fled west for regular TV and film work. But there was another reason. My grandfather had two young boys (not unlike myself at the moment) and knew the turbulent East Village of Manhattan would be a challenging place to nurture a family.

For my grandfather’s generation, Los Angeles represented a kind of liberation from the cramped East Coast. At the time, L.A. was only just establishing itself. My dad would always tell me, “Santa Monica was an old-folks home, Malibu was for hippies and the Valley was mainly farmland.” This almost pastoral setting of Los Angeles in 1960 was there to provide a healthier start for my dad and his siblings. Consequently, my dad found (and still does find) himself at home in the chaparral of the Santa Monica Mountains. And as more and more fathers and sons moved into Los Angeles, the hills above remained a respite from the urban onslaught.

During my childhood, Father’s Day with my dad and my siblings usually involved a treacherous trek through the limestone and live oaks of Malibu Canyon, Topanga Canyon, La Jolla Canyon. I recall grievances, and even an “I am not this type of girl!” delivered by my sister on one deplorable eight-mile bushwhacking slog. For my father and his generation of fathers in Los Angeles, the prevailing question was how to sustain and improve this miraculous place where their children were growing up. To my dad, this meant searching out positive natural experiences in what people call an urban sprawl.

Other dads I know go to church or a Dodger game, or simply secure a reservation at their restaurant of choice. These are fine ways to navigate Father’s Day in L.A., but I was raised with a more contemplative approach. I suspect my Father’s Day this year will go something like this: It’s 7:30 p.m. I’m listening to Leo screaming through the baby monitor. Hank pencils through “his” iPad for 15 minutes learning about sharks. Meanwhile, I’m grilling a steak.

When it comes to my generation and the meaning of Father’s Day, I think the key is finding the capacity to live in the moment with love and gratitude. I don’t have anything scheduled for Father’s Day – just hanging with my boys and enjoying my town. And maybe we’ll watch an old TV show with my grandfather and explore the mountains with my dad.