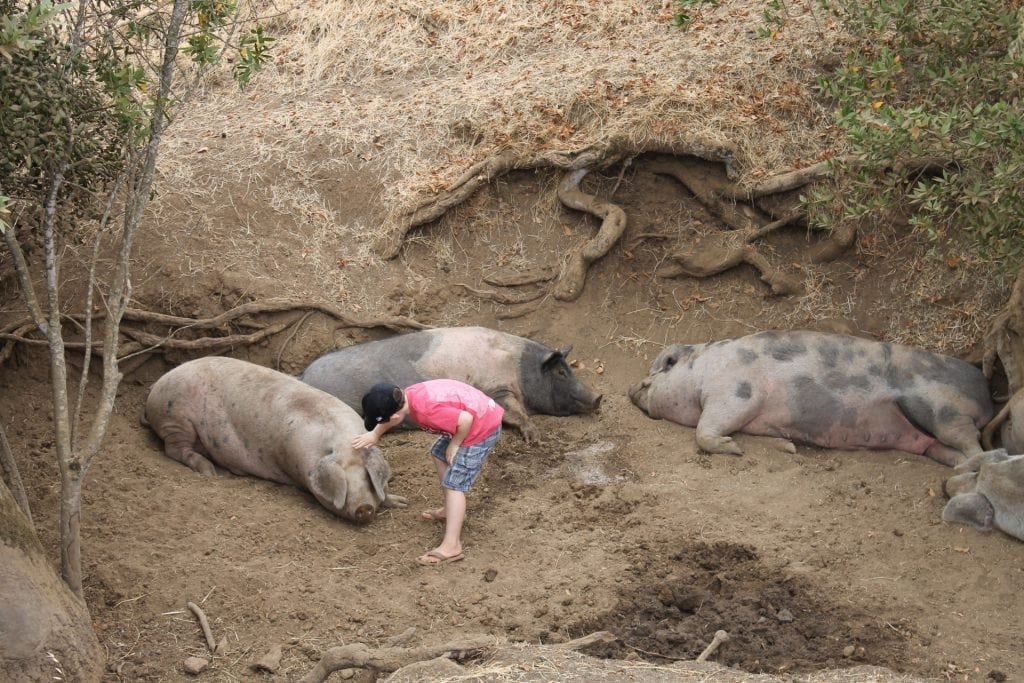 When Erin Mahoney Harris became a mom 10 years ago, she found herself becoming more and more interested in where her family’s food came from. That led to a passion for gardening – a challenge in her urban L.A. environment.

She and her growing family moved to Santa Monica, where Harris built up an extensive vegetable garden in containers and pots. And she began taking her family to visit local farms. “It started out as something we did for fun,” she says. But for Harris, a frequent contributor to L.A. Parent and author of the popular book “Walking L.A.: 38 Walking Tours Exploring Stairways, Streets and Buildings You Never Knew Existed,” things didn’t stop there.

She contacted her publisher with an idea for a book about California farms, “so I could become, in a sense, a professional farm tourist.” The fruit of those labors, “Visit California Farms,” came out from Wilderness Press in June. 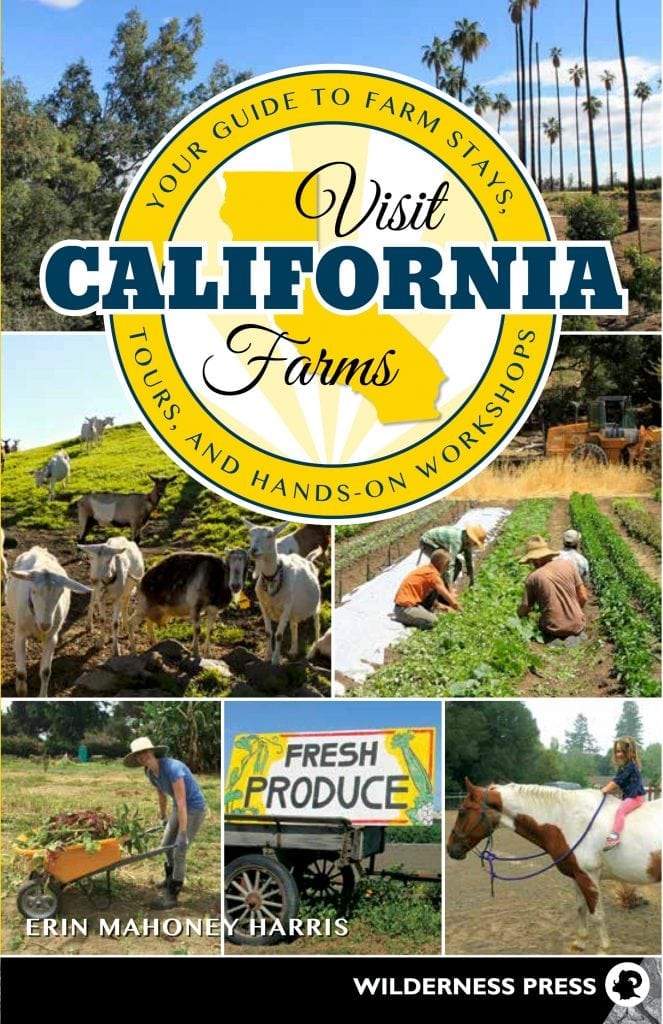 Harris points out that though California is the nation’s top agricultural producer, only a small percentage of farms in the state are open to the public. Her book focuses on small, family-owned farms that offer tours, hands-on workshops and farm stays. There are 41 detailed profiles of farms in Northern California, the San Francisco Bay Area, Central California and Southern California. Harris also includes brief listings for several additional farms in each part of the state.

One of her favorite discoveries is Full House Farm in the Sonoma Valley, which offers stays in the guest house or on-site cottage, the chance to harvest your own food from the garden, and opportunities to tour the farm and feed the animals – all with a view of redwood-covered hillsides. “It’s just so beautiful,” Harris says.

For a more local getaway, head to San Luis Obispo county and Rinconada Dairy, where you can stay in the main house or a private apartment in the barn, meet and learn about the sheep and goats and taste the dairy’s renowned homemade cheeses. “That was our first farm stay and what basically sparked the idea for this book,” Harris says.

Rather not stay over? Amy’s Farm in Ontario and Primal Pastures in Murietta are Harris’ top picks. “[Primal Pastures has] just the cutest farm animals of anywhere that I’ve visited,” she says.

The book is a chance to get to know some of the loveliest parts of our state, to meet and support some of the folks dedicated to feeding us, and to teach your children a bit about where food comes from – a lesson that will feed a lifetime of adventures.