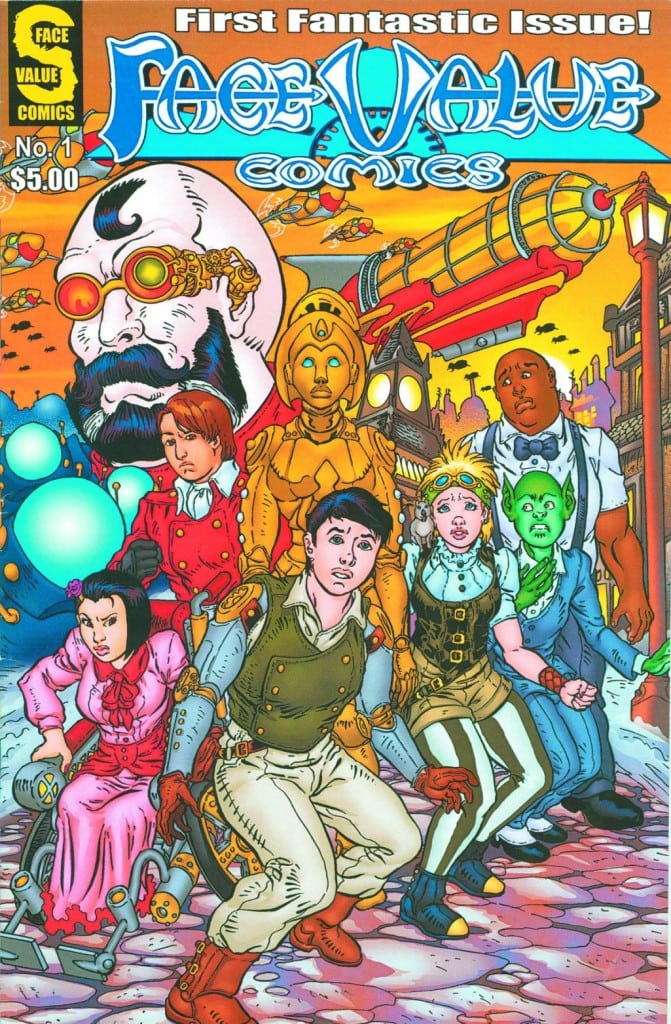 The first comic book specifically written and drawn to appeal to readers with autism, Face Value Comics creates a colorful world of aliens, robots and adventure, all set against the backdrop of a future Earth at war. But beyond its intended audience, Face Value makes history in another way. Its hero, Michael, is a young boy who himself has autism.

As the story makes clear, Michael wants the same things everyone his age wants: to feel safe, loved and successful. Face Value gives him ample opportunities to do this, as he’s dropped into the middle of a special school populated by a band of misfits. While he struggles at first, especially with communication, his innate intelligence and empathy become obvious to the other students. Soon he becomes the leader of the group, and an indispensable part of their adventures.

Research indicates that people with autism have difficulty recognizing faces and reading facial expressions, a condition called “face blindness.” So the characters in the comic look wildly different from each other, and are almost impossible to confuse with one another. Michael and his new friends also wear obvious and recognizable facial expressions, letting readers who might normally struggle with identifying such expressions feel like they’ve got a leg up. The behaviors and emotional states of the characters become easy to understand when their faces are so readable.

Many of the other young characters in the comic deal with their own issues, problems that will be familiar to anyone of school age. One is depressed, another is a bully who hides great insecurity, and another is constantly acting out. Michael fits into this group because he’s just like them, only in his own way. The community he finds, and the heroism he displays, are a central theme of the story.

The comic is appealing in a number of other ways. The art is colorful and pops off the page, while the story moves quickly, lingering on a scene only to provide character development. While children with autism will find a lot that will speak to them in Face Value Comics, the book does have the same difficulties that the first chapter of any long story has. The comic opens with a long passage of backstory about the Earth of the future that becomes very difficult to keep straight, and the tone can shift very rapidly between scenes, sometimes in a jarring way.

But for a reader with autism looking for something that tells a story that reflects their own struggles, these quibbles are easy to forgive. The comic’s groundbreaking ambition makes it a worthwhile endeavor, since in Michael, readers with autism can find a hero truly worth looking up to. He overcomes his obstacles and rallies his friends, while finding the safety and love he craves.

Face Value Issue 1 came out in August, with Issue 2 due out at the end of October.

Mike Rothschild is a Pasadena-based writer and a dad.