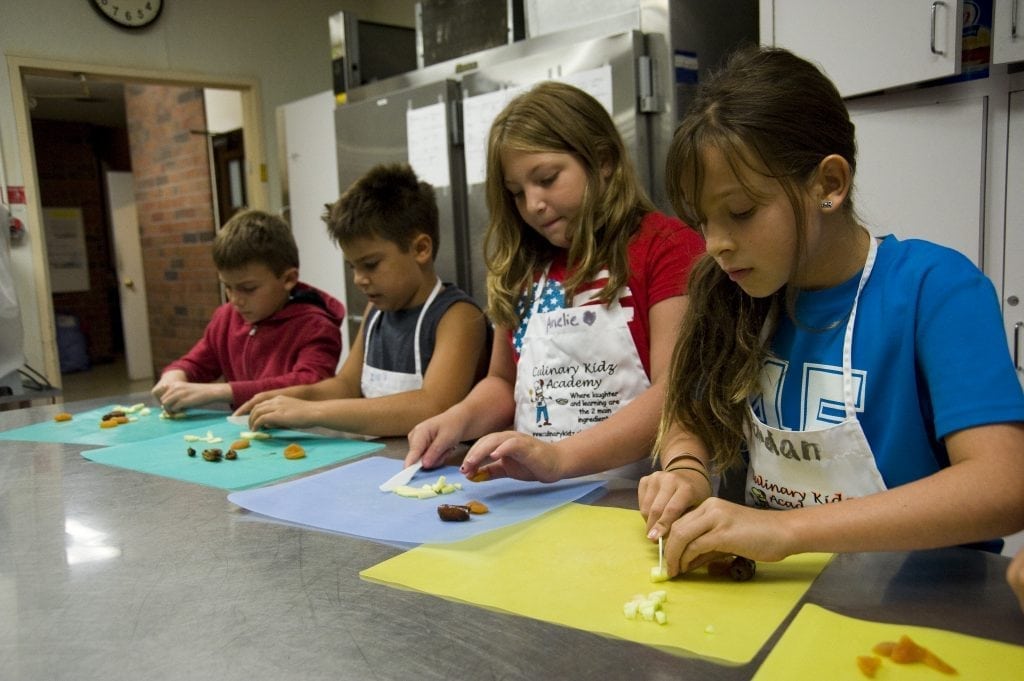 At Culinary Kids Academy, the goal is for young cooks to be confident and social, have fun and laugh while they learn. PHOTO COURTESY CULINARY KIDS ADVENTURE

My 7-year-old son is a joiner. He plays Little League, basketball and dances in a hip-hop class. When the brochure for after-school enrichment comes home in his backpack, he pores over the choices, circling everything that interests him. This past year, he tried drum lessons, skateboarding, game design and cooking.

I love his enthusiasm, but almost every day I see articles online about the dangers of having overscheduled kids. Am I doing him a disservice? Does he need more free time? More time to be bored?

Meanwhile, my 5-year-old daughter is at her happiest when I say we’re going to have a “homebody day.” Her vocation in life seems to be Professional Pajama Wearer. So, while my son is at an activity, she and I are often at home setting up elaborate stuffed animal scenarios. She does do dance class, but sometimes I worry. Is she getting left behind?

When I think about it too much, the questions about my kids’ extracurriculars seem never-ending. What if they want to quit something? How do I best balance sports, arts and other arenas such as cooking and coding? Should I be prompting them to participate more in activities that are counter to gender stereotypes? If they like something but aren’t particularly talented at it, is that OK? And if they’re talented at it, should I be providing additional coaching to help them excel?

When it comes to activities, how does a parent know when and what to do for their kids?

I decide to stop ruminating and ask some of these questions out loud. I start by speaking with Jenny Bowen Storey, a local marriage and family therapist and stepmom to a 12-year-old boy. For her, the key lies in paying attention – and not seizing control. “Ultimately, the parents’ job is to be encouraging and supportive of what the child wants to do,” says Storey. She advises watching for “little glimmers of what your child naturally gravitates toward.”

And once your children are involved in something, open communication remains essential. Parents want to be “really listening to kids’ concerns or issues,” says Storey. “It can be hard to take your own desires out of the equation and support the child as their own person. Sometimes, there’s a lot of projection.”

Another L.A. therapist I talk to agrees that being attuned to children and following their lead is crucial for a healthy extracurricular life. “If you allow the child to initiate, they’re likely to be able to put more time into an activity,” says dad and LMFT Ted Williams. “If you’re the leader, they’re less likely to stick with something. Follow-through is more difficult when the source of motivation is external.” So, when it comes to planning activities for your child, Williams suggests, “Ask yourself: ‘Am I doing this for my child or for myself?’”

This idea of letting the children lead and not pushing my own agenda feels right to me, but some of the nitty-gritty specifics are still nagging. So, I turn to professionals in the enrichment industry for a tutorial in the benefits of extracurriculars. 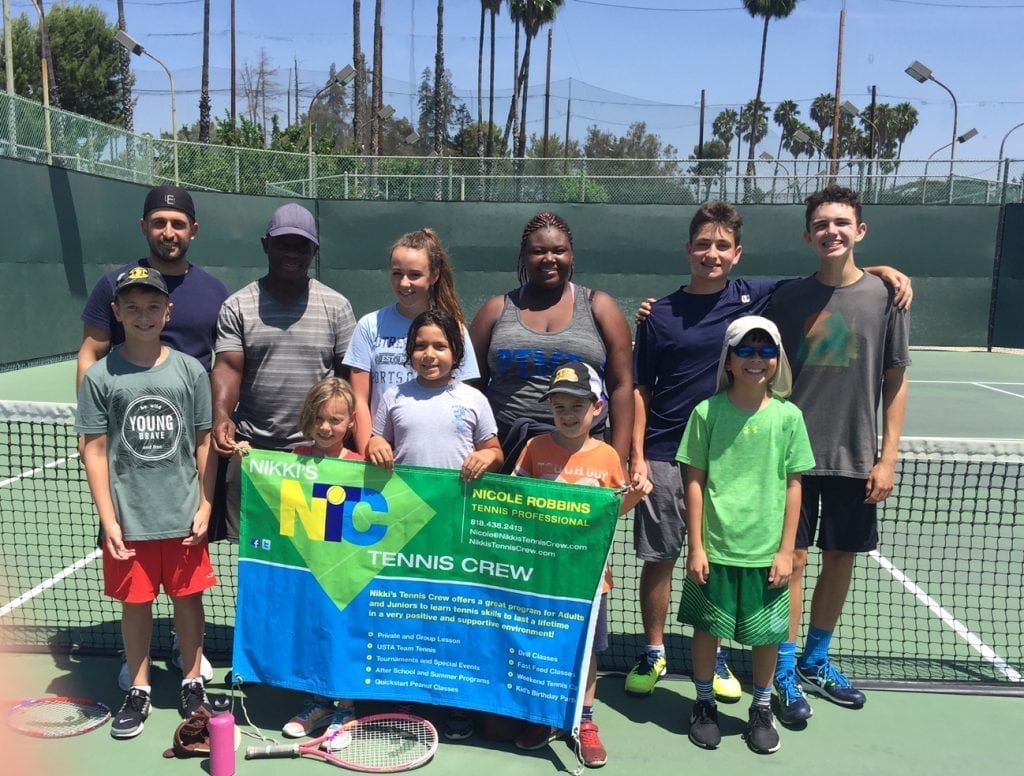 “We want kids to be feeling confident and secure, to be social, to have fun and laugh, and if they can learn as well, all the better,” says Danny Corsun, owner of Culinary Kids Academy, which offers workshops at a number of area schools. “Enriched – that word has lost its meaning. It shouldn’t just be a place to park your child. They should mature and grow.”

The social piece is particularly important for Nicole Robbins, director of Nikki’s Tennis Crew in Studio City. “I taught two 7-year-olds this morning and they were already making a play date after class,” she laughs, adding that she values tennis as an activity someone can play throughout life. “I still play with a group from tennis class when I was 10.”

Kat Burtch, director at Creation Station Dance Studio in Mission Viejo, also touts the confidence and social-skills development of enrichment programs. “The confidence a child gets from being in the studio and mastering different skills, it starts to translate to their outside life,” she says. “We have a student who was extremely shy when she started with us two years ago. But now, she’s blossomed and is also performing in her school choir.”

As I listen to the benefits of extracurricular activities listed by those in the know, a guiding principle crystallizes for me. If a parent can take a step back and look at the big picture, if they can establish what the umbrella goals of enrichment activities are for their family, then that Big Picture Goal (let’s make it official and call it the BPG) can serve as a divining rod. The outcomes of any given activity can be compared to a family’s BPG to see whether the kids are on the right track.

Maybe the best thing about this idea is that it means that even quitting an activity can be a successful part of a child’s extracurricular life. “That’s how you learn, through experiencing,” says Storey. “The process of elimination helps you figure out what your passions are. It’s through trying new things that you get to know yourself better.”

I feel pretty confident that one of my BPGs for my kids is that they know themselves well, so this idea that sometimes quitting is OK comes as a huge relief. There is a caveat, of course. And, not surprisingly, it connects back to listening and being attuned to the child. If a child wants to quit, “Is there a challenge that they’re afraid of failing that they need to be supported or encouraged through, or is this really an activity they’re not interested in?” asks Storey.

Also, consider factors other than the activity itself. “Before anyone has a knee-jerk reaction to pull a child out of a program, it’s important to find out why they want to quit. It might not be that there’s anything wrong with the program,” says Corsun. “Rather, something might be going on socially, like a conflict with another child, that can be addressed.”

Finally, think about the pastimes that might be luring your child away. “It used to be that if a kid didn’t want to come to tennis, that was it,” says Robbins. “But that was before there was Angry Birds and Facebook. Now kids might like tennis but don’t want to come because they’d rather be playing video games. That’s why I ask for no video games before tennis time.”

Burtch sees leaving an activity as part of the process rather than a final decision. “Sometimes, when kids take a break and a step back, it allows them to dictate on their own,” she says, “to realize, I miss doing that!” 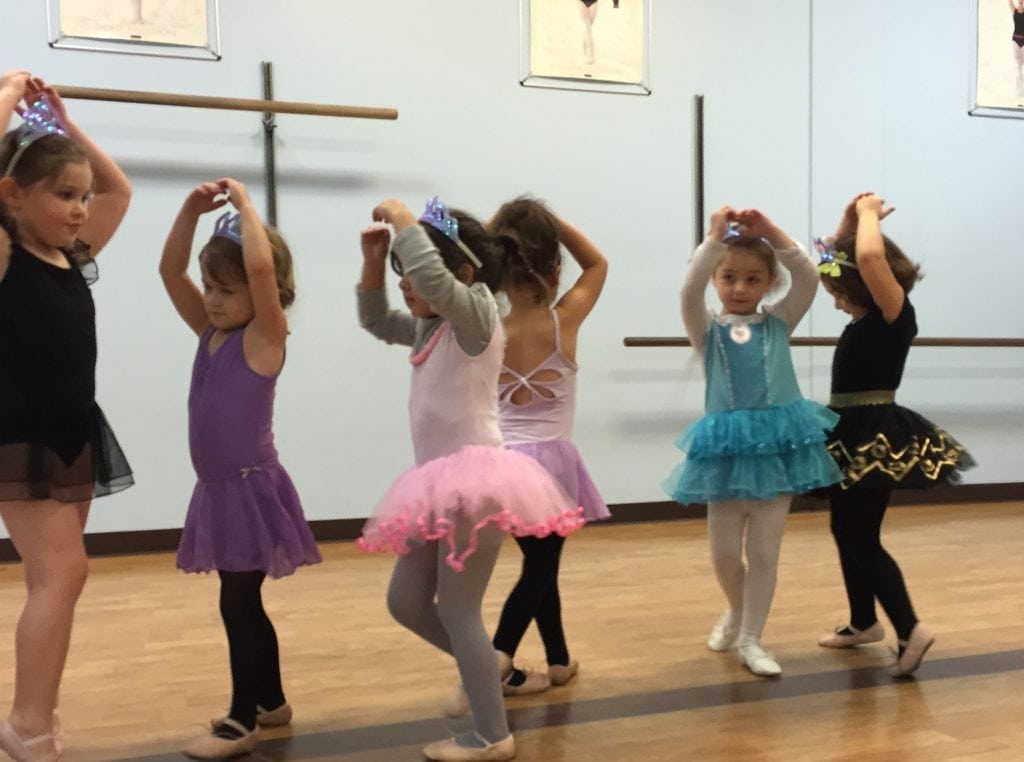 At Creation Station Dance Studio in Mission Viejo, the confidence kids gain in the studio often spills over into the rest of their lives. PHOTO COURTESY CREATION STATION DANCE

The 5-year-old son of a friend of mine recently told her he wanted to quit his karate class. She was having trouble ascertaining exactly why he wanted to quit and didn’t want him to make a thoughtless choice. She told him he, on his own, would have to explain to his sensei that he was leaving the class. She suspected that the prospect of this conversation might put an end to the matter, but she was surprised when, at the following karate class, her son calmly approached his sensei and laid it out for him. The courage and resolve it took to talk frankly with his teacher could certainly be seen as a wonderful takeaway in the BPG department, and his mom was proud of him.

I find this story inspiring partly because it shows how parental innovation can overcome anxiety in an arena where there are no step-by-step instructions, no hard-and-fast rules. This whole aspect of life, what we do with our free time, is a process of trial and error, experimentation and change. And maybe I can become comfortable with that if I keep listening and establish my BPGs.

Which brings me to my daughter, who is probably in her closet right now, seeing how many dresses she can put on at the same time. If my priorities are for her to get to know herself, she certainly seems to be doing that. If I want her to be confident, she is already a force of nature. And if I want her to grow in her social abilities, then we will periodically try out different activities. It might be too soon for some and she might not stick with them, but that will be OK if I remember that this is a process, and that we can always try again down the road.

Corsun, the cooking teacher, says, “We teach the biology of how we taste, and science says that humans have to taste something 45 times before we can really decide whether we like it or not. I would say the same is true for some activities.”

This example rings particularly true for my daughter, who is also highly selective in her eating. The best advice I ever got about handling children’s eating habits was, “You can’t control what a child puts in their mouths, only what you offer them.” This truism is possibly also an answer to many of my activity questions: The parent offers the opportunities, but it is the child who chooses.

The jury is out on whether or when my daughter will grow an affection for extracurricular activities or vegetables, but we’re going to keep periodically trying both. In the meantime, I think we all could use a good homebody day.

Kate Korsh is an L.A.-based writer and mom of two.