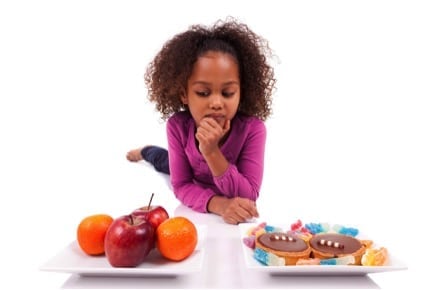 Over the summer, while kids were bingeing on screen time and ice cream and parents were counting the days until school would start again, a panel convened by the American Heart Association was putting the finishing touches on a scientific statement about children and sugar, published in August in the association’s journal, “Circulation.”

The panel’s recommendations were simple and stark:

Children under age 2 should not eat or drink any foods or beverages with added sugar.

Kids and teens should drink no more than 8 ounces of sugar-sweetened beverages per week.

Children ages 2-18 should eat no more than six teaspoons of added sugar per day.

Most kids, according to the report, take in three times that amount.

Six teaspoons of sugar is about  25 grams, and my quick and unscientific investigation at my local grocery store yielded the following sugar counts:

Given that experts link eating foods high in added sugar during childhood with increased risk of obesity and elevated blood pressure, how are we to curb our kids’ sugar cravings and put them on a healthier path?

Erin Morse, RD, chief clinical dietitian for UCLA Health, points out that not all sugar is “added.” “An apple has fructose and that is natural sugar,” she explains. That apple, though, also contains dietary fiber and nutrients that are good for the body.

Added sugar, on the other hand, does not occur naturally in food and adds no nutritional value. It can go by many names, including fructose, dextrose, honey, molasses, corn syrup and nectar – to name just a few.

Even sugar that comes in unprocessed form – such as honey – can harm your health if you consume too much. “At the end of the day, it’s something added,” says Nadia Borchardt, RD, a health educator at Kaiser Permanente’s South Bay Medical Center.

Experts warn parents not to be fooled by wording such as “healthy,” “organic,” “low-fat” or “all-natural” on food packaging. Check the nutrition label to see how much sugar is in a food product.

Many breakfast foods pack a big sugar wallop. Borchardt says some breakfast cereals can have as much as 25 grams of added sugar in a one-cup serving (and many kids eat more than that). Instant and flavored oatmeals offer a quick, hot breakfast option that sounds healthy. “But with that convenience of ‘instant’ also comes a lot of sugar,” says Borchardt. 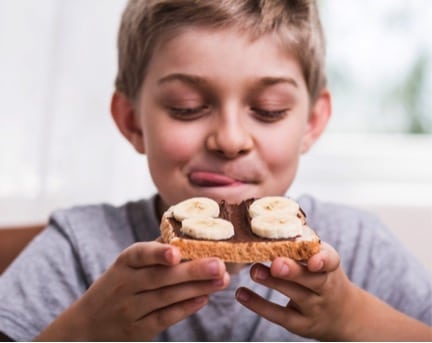 Flavored yogurts, another breakfast favorite, also can have lots of added sugar, as can cereal or “nutrition” bars that families often grab on the go. The bars aren’t intended as a meal replacement, but as a quick source of energy for people who are out hiking or playing sports. “They’re probably not the best thing to enjoy if you’re not as active as you should be,” says Crystal Kwan, RD, clinical dietitian at Huntington Hospital in Pasadena.

A balanced breakfast, says Kwan, includes complex carbohydrates and a good source of protein. So she recommends a slice of whole-grain toast with natural peanut butter (natural nut butters contain no added sugar), a boiled egg and plain yogurt flavored with fruit, a tortilla with natural nut butter or a slice of deli meat, or even leftovers from dinner. “It doesn’t have to be strictly in the breakfast category,” she says.

Morse also favors savory breakfast options such as a “cheese plate” with grapes, cheese, olives, whole-grain crackers or a few nuts. Cucumber Greek yogurt with whole-wheat pita for dipping is another of her recommendations, as the savory yogurts tend not to have added sugar. “It’s great to think outside the box and get some savory food items,” Morse says.

On the sweet side, banana coins with a dollop of all-natural nut butter, or homemade plain-yogurt smoothies you prep in a mason jar the night before are among Morse’s ideas. In the morning, you just pull the jar out of the refrigerator, dump and blend.

Morse also bakes mini oatmeal muffins – cutting the sugar in half as you can in most muffin recipes and sneaking in some spinach. She calls these green treats “Hulk muffins” and her 4-year-old son eats them up. “Sometimes I’ll even add one chocolate chip at the top, just to make it more kid-friendly for the eyes,” she says.

Not that ambitious? “I find that many children are OK with Cheerios,” Borchardt says. Stick with Multigrain Cheerios, which have just 6 grams of added sugar.

“I think you can never go wrong with sandwiches,” Borchardt advises families looking for low-sugar lunch options. Use whole-grain bread and your imagination to keep your child from getting bored. Add a serving of a vegetable such as cherry tomatoes or baby carrots, and a fruit that is cut up for convenience so your kiddos can fit in some playground time. “If you give a child a whole apple, it’s gonna come back home,” she says.

Packaged fruit and fruit leathers aren’t a great alternative to fresh fruit. “When you buy them packaged or you buy them canned, we know that we’re getting additional sugar,” Borchardt says. Choose fruit packed in its own juice if you cannot buy fresh.

As much as possible, choose natural foods over packaged items, which tend to contain added sugar. “I always push people toward more natural foods,” says Kwan. So pack baby carrots instead of pita chips to go with your child’s hummus, and fresh fruit instead of a fruit bar. “Choose foods that are as close to their natural state as possible,” she says.

Do Dinner the Fresh Way

The best way to move away from added sugar at dinner time is to move toward home-cooked meals. “Learn a few really good recipes that are easy to make,” Morse suggests, and cook as a family so that everyone has a stake in meal preparation.

To keep things simple, Google five-ingredient recipes. “Sometimes it can be quicker than getting takeout,” says Morse. “It’s cheaper. It’s healthier. You’ll feel better.” And if you make big batches you’ll have an extra meal ready for the next day – or to put into the freezer for next week.

“Learn to flavor things without a lot of sugared condiments,” says Morse, who points out that one tablespoon of ketchup has 4 grams of sugar. She recommends learning to make your own salad dressing. 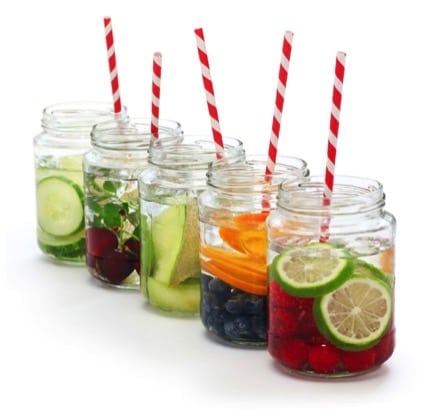 If you must rely on packaged food for convenience, Borchardt says the added sugar is often in the sauce. When you can, choose foods where the sauce is packaged separately, and use less of it. And when choosing frozen or packaged vegetables, choose plain vegetables without sauce.

One of the biggest sources of added sugar for most kids isn’t anything they eat, however. It is what they drink.

Sodas and sports drinks can pack in a ton of sugar, but flavored milk and even fruit juices can also add to the sugar count. “Some of these fruit drinks are equivalent to a can of soda,” says Borchardt. And a 12-ounce bottle of Coca Cola has 65 grams of sugar.

Morse says that low-sugar juice boxes are available, and that parents can dilute juice and other sugary drinks with water – increasing the portion of water over time until you are including very little of the original drink. But most experts say that plain water is your goal.

One way to get kids to drink that: Spa water! Use a clear pitcher or glass and cut up slices or chunks of fruit, vegetables such as cucumber or herbs such as mint to infuse the water with flavor. “That’s something the kids can get involved with preparing,” says Kwan, adding that children can invent their own water creations.

To help kids get in the water habit, Kwan recommends making it the rule at mealtime – allowing sweetened drinks only at other times of day if you allow them at all.

And whatever you’re doing for your kids, lead by example. They won’t be happy with their spa water if you’re having a sports drink. “Kids learn from their parents when it comes to eating,” Kwan says.

If you’ve discovered your family has big changes to make, don’t be discouraged. Start slowly and do what you can. “Make small changes,” says Morse, “and over time the small changes can amount to a lot.” Or in the case of sugar, a lot less.