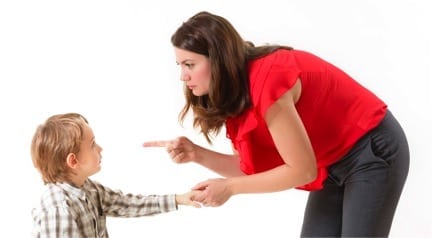 “A parent who lets their child act like that without reprimanding them is definitely raising an asshole,” a colleague said to me once. She started this conversation during a lunch meeting at a restaurant as we watched a mother wrestling with her toddler-age son who was having a tantrum. She made the comment because she knows I am a parent coach who works to end the practice of shaming parents.

“What do you have to say about that? You can’t ignore when a parent isn’t doing their job!” she said with a nod and a smug smile. She knew that I would point out that what we were witnessing was only a snapshot of a parent who was caring for her child in public, and this type of conversation is not uncommon for me. We live in a world that condemns parents for being too strict with their children while simultaneously shaming them for not keeping them under control, and conversations like the one with my colleague fuel my passion for ending parent shaming.

My desire to work toward ending parent shaming started with a question I pose to you: Can we afford to continue shaming parents? I’ll ask you to ponder this as I walk you through why shaming parents is really about criticizing the imperfect process of becoming a human.

After years of working as a family therapist in community mental health and with underserved populations, I realized that the parents I was tasked with serving weren’t bad or horrible parents. These parents were just messy humans trying to raise smaller humans to be less messy than they were – and trying to do it in a world that doesn’t give them much direction on how to accomplish this task.

In our culture, we find parents struggling with the seemingly impossible job of raising a healthy kid who doesn’t fall prey to the dangers of the world. How does a parent take all the weight of their own humanness – managing it with just the right amount of grace, patience, and self-compassion – and raise another human to be less of a mess than they are? Is this even possible? How much space does a parent need to be able to raise a healthy human? And how do we support parents in accomplishing this feat?

There is no easy answer to this dilemma, but there is a wrong one. In our shaming culture, we seem to have decided that we can change a parent’s behavior by wrapping our harsh criticism of them in thinly veiled “good intentions” toward their children. We also throw large amounts of the latest research at parents while simultaneously telling them that the way earlier generations handled child-raising worked best. This is the type of hypocrisy that makes parents doubt all their decisions and suffer a level of emotional turmoil that can lead to them feeling overwhelmed, abused and fatigued – and ultimately disconnecting from their child.

Opening a space for parents to develop a heathier identity starts with removing the parenting journey from polarizing black-or-white thinking. There must be a messy, authentic middle that allows humans who become parents the chance to make mistakes, learn to fail and give their children the space to do the same. In our parent-shaming haste, we leave everyday parents stranded between desperation to absorb the latest parenting trends and the fatigue of just trying to keep their families afloat. And unless they’re doing something exceptionally attention-worthy (or easy to shame), like trying to manage a toddler meltdown in a busy restaurant, they are mostly forgotten.

Scientific research can sometimes be misused as grounds for parent shaming. In his 2014 book “The Body Keeps the Score: Brain, Mind, and Body In the Healing of Trauma,” National Complex Trauma Treatment Network director Bessel van der Kolk, M.D., explains how fear, trauma and oppression exist biologically, changing a person’s brain chemistry. This idea is also supported by the landmark Adverse Childhood Experiences study conducted by Kaiser Permanente and the U.S. Centers for Disease Control in the 1980s. That study found that when we experience negative life events in our childhood we grow up to have several barriers to a healthy life, including depression, obesity, chronic health conditions and high-risk health behaviors such as smoking and substance abuse.

I can hear you saying, “Aha, you’ve walked right into why we need to shame parents. We have to stop them from giving their kids adverse childhood experiences!” But we cannot forget that the person we’re shaming, the parent, is living with the fallout from his or her own negative childhood experiences. And our shaming just adds to the tally. Rather than providing evidence that parent shaming is necessary, research has finally confirmed that shaming parents impedes the development of a healthy parenting identity, an identity parents need to raise a healthy child.

So here we are at the question again: Can our society afford to continue shaming parents?

Realistically, sure. But wouldn’t it be better and more sustainable to start being honest about how difficult it is to be human – messy and imperfect as we all are – while trying to raise another human? If we recognize and accept our human journey as being fluid and messy, and give our fellow humans – especially parents – the space to experience that journey, maybe we won’t feel the need to shame. And if we can stop shaming parents, they’ll have 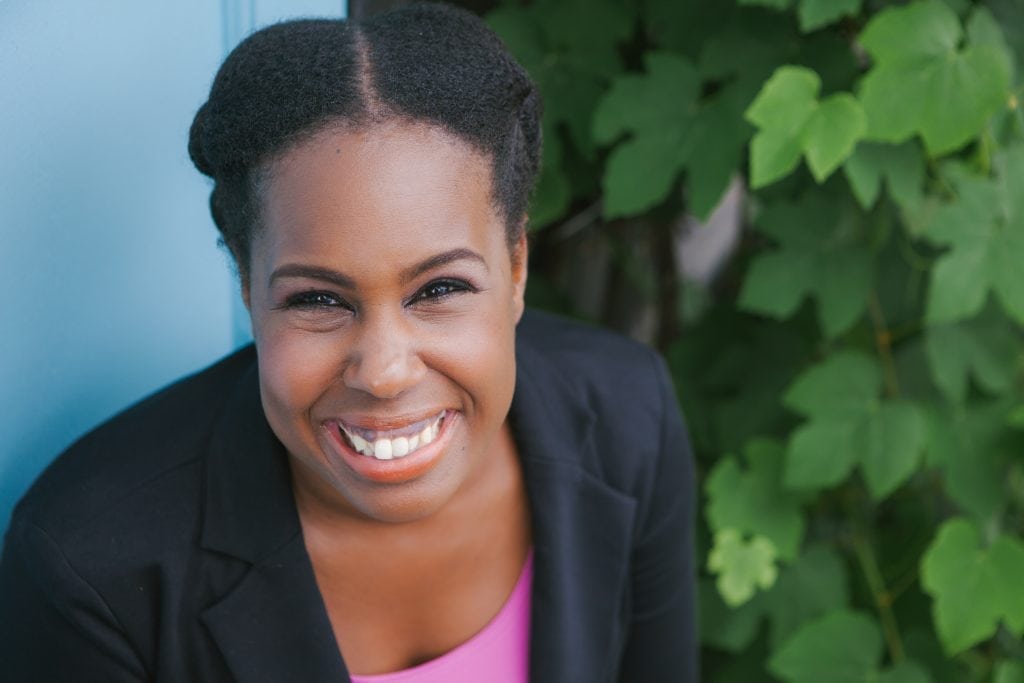 the space to heal and raise imperfect children who aren’t ashamed of that imperfection – and are healthier for it.

They, in turn, will be equipped to raise healthier children of their own. It would be a shame not to give them that chance.

Mercedes Samudio, LCSW, is a Los Angeles-based parent coach who has been featured in The Huffington Post, US News & World Report, Woman’s Day, Daily Parent, Parenting OC magazine and Kids In The House. You can follow her campaign to stop parent shaming via the hashtag #EndParentShaming, and visit her online at www.theparentingskill.com.