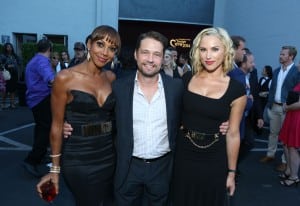 Holly Robinson Peete and the Peete family hosted celebrities and friends at The Lot Studios in Hollywood for the 16th annual DesignCare, a celebration of fashion, philanthropy and music that benefits the HollyRod Foundation. Guests enjoyed a cocktail reception, silent and live auction, a runway show by fashion sensation Michael Costello and a special musical performance by Naturally 7, an a cappella R&B group known for their “vocal play.”

Holly Robinson Peete and Rodney Peete are well known for their advocacy in the autism community, as well as many other organizations and causes including Parkinson’s disease. The couple, who have a 15-year-old son on the autism spectrum, recently shared a candid view of their life, marriage and family with L.A. Parent for our annual “Your Child with Special Needs,” publication. You can read their story here: LA Parent/Special Needs

The HollyRod Foundation, dedicated to providing help and hope to those living with autism and Parkinson’s disease, was founded in 1997 by NFL quarterback Rodney Peete and actress Holly Robinson Peete. For more information on the foundation, please visit HollyRod Foundation 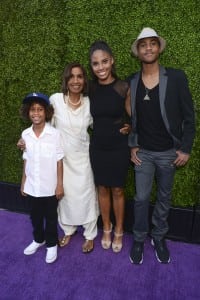