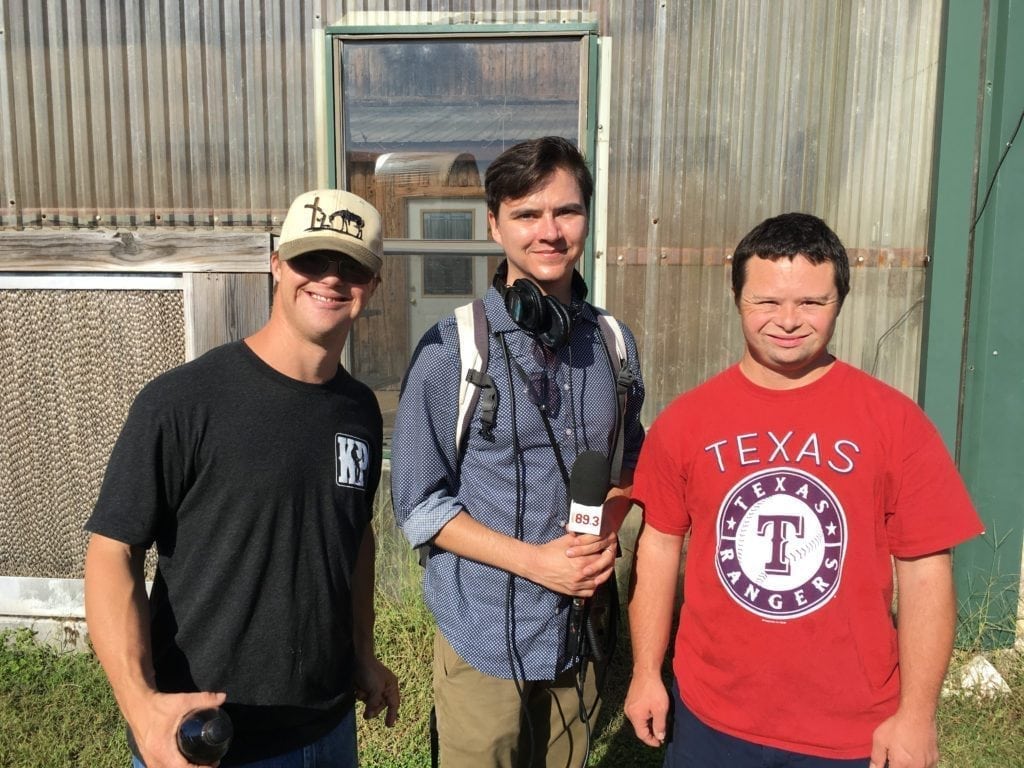 “Brains On!” reporter Sanden Totten, center, visited Down Home Ranch as part of the podcast’s episode about Down syndrome. PHOTO COURTESY BRAINS ON!

What do your kids know about Down syndrome? How about your kids’ friends and classmates? A great, age-appropriate way for them to learn more is via the “Brains On!” podcast produced by American Public Media – with writing and reporting from L.A.’s own Sanden Totten, formerly a science reporter at public radio station KPCC.

In honor of Down Syndrome Awareness Month in October, “Brains On!” devoted an episode to the disability.

Like all episodes, this one originated with a question sent in by a kid listener. About two years ago, a boy named Max made a friend named Noah – who happens to have Down syndrome – and became curious about what causes Down syndrome. When they received the question, Totten and his colleagues – host Molly Bloom and producer Marc Sanchez – were doing the show as a sideline. “If we were going to tackle that topic, we wanted to do it right,” Totten says.

The opportunity came in January when the three started doing “Brains On!” full time.

Bloom co-hosts each episode with a kid, and in this case she’s joined by Ezra and his sister Fiona, who has Down syndrome. The episode explains that Down syndrome is caused by an extra copy of the 21st chromosome, and talks about some of the symptoms. “I learned probably as much as all of our listeners did,” says Totten. He was especially interested to learn about muscle hypotonia, a lack of muscle tone that can cause people with Down syndrome to have trouble with coordination and speech. Listeners might notice that Fiona is a little difficult to understand, but the episode also showcases her speech therapy. 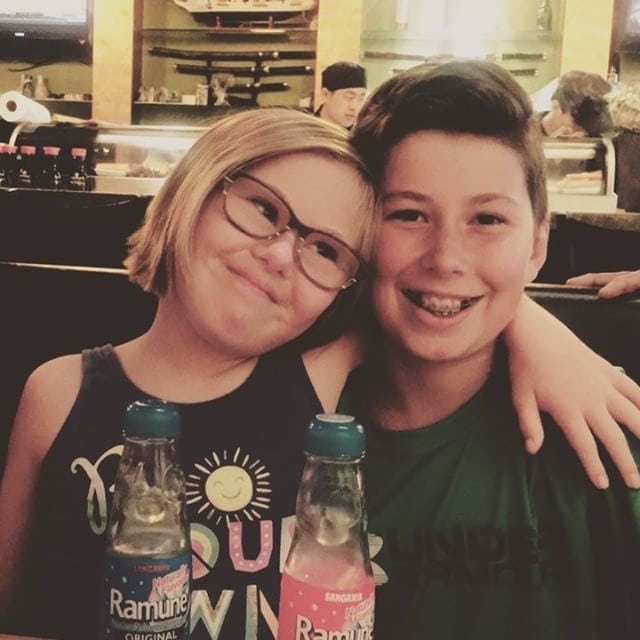 Fiona, who has Down syndrome, and her brother Ezra, who does not, co-hosted the episode. PHOTO COURTESY BRAINS ON!

The episode also showcases ways that kids with and without Down syndrome are alike, and offers tips for children who know or meet someone with Down syndrome. Totten has an older brother who is developmentally delayed, and remembers that as a kid, he saw other kids struggle with how to relate. “That really hurt in some ways,” says Totten, who wanted to offer a guide to help kids better relate to someone with a disability. “To me, that just felt like something important.”

The episode is engaging, kid friendly and fun while also providing solid information about Down syndrome. It’s a fun listen – and the first episode of “Brains On!” about a disability. Totten says the team is considering tackling ADHD in a future episode.

To date, the podcast, which has been going strong for at least five years, has received 3,044 questions from kids. As many as 20 have come in during a single day. “Every day, there’s a flood of them,” Totten says.

They devote an episode to a topic when they get lots of questions on a particular subject – such as electricity or cars. But sometimes, a question is just unique. One kid wrote in and asked: If a lake of lemonade evaporated, would it rain lemonade? “Only a kid could think of a question like that, and only a show like ‘Brains On!’ could answer it,” Totten says.

He adds that the flood of emailed questions, drawings, audio files and high-fives he receives from kids is one of the best parts of his job. “It’s like this stream of delight in my in-box every day.” They heard from a family in Joshua Tree that named their three goats after the “Brains On!” crew, and families have written in to share that their kids play “Brians On!” at home.

“Brains On!” has also teamed up with the National Science Foundation as the first podcast to study how kids learn via podcasts. Totten, Bloom and Sanchez hope that by finding out what works best, they can improve their podcast and share that information with others as well. Visit BrainsOn.org to listen to the podcast – including a wealth of past episodes – answer the National Science Foundation survey or send questions to the “Brains On!” team.