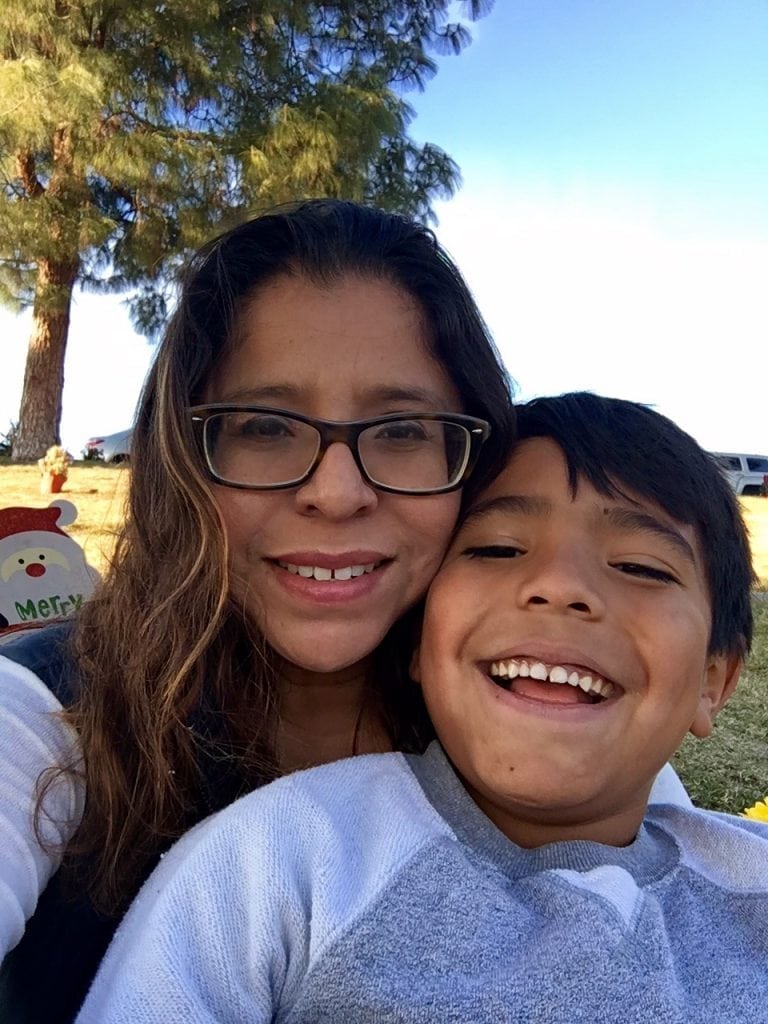 Lizette Hernandez wants all L.A. parents to join her fight for cleaner air for her son, Kimani, and all California kids. PHOTO COURTESY LIZETTE HERNANDEZ

Lizette Hernandez takes clean air personally. She has rushed her son, Kimani, to the hospital in the middle of the night because he couldn’t breathe. And she works to keep his asthma controlled with medication and nebulizer treatments.

“Kids are among the most vulnerable to air pollution,” says Hernandez, who is Southern California lead organizer for the Sierra Club’s My Generation program. Studies show pollution impacts children’s lungs, brain development and quality of life, causing them to miss school and other activities. “I’ve seen that with my son,” Hernandez continues, adding parents caring for a child with asthma also miss days of work, and that even the child’s teachers are impacted. “The teachers are triage nurses as well.”

Hernandez has also seen firsthand how kids’ breathing improves along with air quality. Shortly after her son was diagnosed with asthma at age 3, she took him to Portland, Ore., on vacation. He had no trouble with his asthma there, and his condition improved greatly when they moved from their South Los Angeles home to live on the Westside.

Hernandez and Kimani, now 9, are back in South L.A., and Hernandez points out that air quality throughout the region – but especially in inner-city areas – has declined. In August, the Los Angeles Times reported that ozone in the area had reached levels not seen since 2009, exceeding federal limits more often than not. “Between July and August of last year, there were only two days that had safe air to breathe,” Hernandez says. “That’s unacceptable.”

And that’s where My Generation comes in. The focus of the campaign is to convince the South Coast Air Quality Management District (SCAQMD), the agency responsible for pollution control in Orange County and urban L.A., Riverside and San Bernardino counties, to help move the state away from fossil fuels and toward generating 100 percent of its power through clean energy such as wind and solar.

My Generation calls on residents – especially parents – to attend community forums, write letters to officials and testify at public hearings. They especially want to hear from people who struggle with respiratory issues. “We can find a way to express their story and deliver it to the people who need to hear,” Hernandez says.

A crucial time for the public to share is at a Feb. 3 public hearing about the SCAQMD’s proposed 2016 Air Quality Management Plan. The plan has been criticized by the Sierra Club and other environmental groups as being too soft on major polluters and sacrificing air quality regulation in the interest of business.

“The AQMD needs to prioritize public health over polluters’ profits,” says Hernandez. “We do not want to live another year where practically every day in the summer is full of dirty air.”

To learn more about the My Generation campaign, visit www.sierraclub.org/my-generation or email Hernandez at lizette.hernandez@sierracub.org.